A Re-Energized Hurricane Dorian Rakes the Southeast US Coast 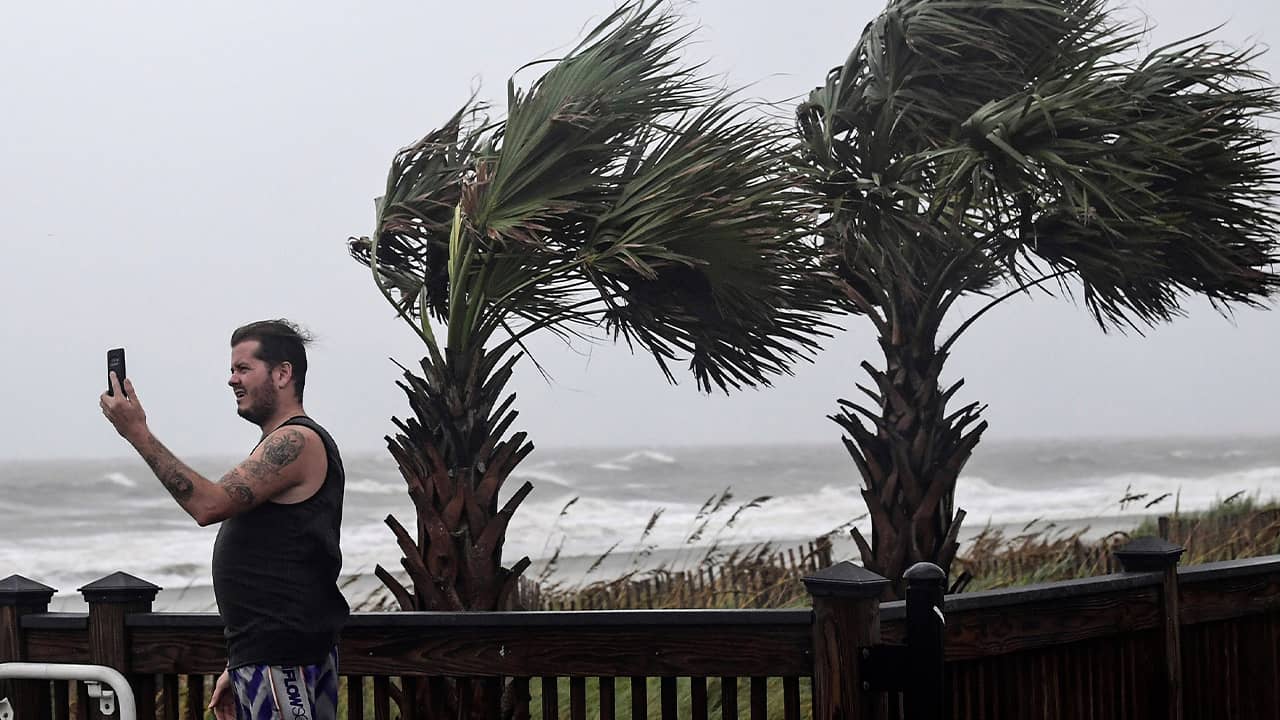 CHARLESTON, S.C. — Hurricane Dorian raked the Carolina coast with howling, window-rattling winds and sideways rain Thursday, spinning off tornadoes and knocking out power to more than 200,000 homes and businesses as it pushed northward toward the dangerously exposed Outer Banks.

“I think we’re in for a great big mess,” said 61-year-old Leslie Lanier, who decided to stay behind and boarded up her home and bookstore on Ocracoke Island on the Outer Banks, making sure to move the volumes 5 to 6 feet off the ground.
“We are thinking maybe we should have moved the books higher because of storm surge,” Lanier said. “But we’re kind of to the point where we can’t do much more.”
The National Hurricane Center forecast as much as 15 inches of rain for the coastal Carolinas, with flash-flooding likely.
In Charleston, South Carolina, a historic port city of handsome antebellum homes on a peninsula that is prone to flooding even from ordinary storms, Dorian toppled some 150 trees, flooded out roads and brought down power lines, officials said.
Dorian apparently spun off at least one tornado in North Myrtle Beach, South Carolina, damaging several homes, and another twister touched down in the beach town of Emerald Isle, North Carolina, mangling and overturning several trailer homes in a jumble of sheet metal. No immediate injuries were reported.
In coastal Wilmington, North Carolina, just above the South Carolina line, heavy rain fell horizontally, trees bent in the wind and traffic lights swayed as the hurricane drew near.
At 11 a.m. EDT Thursday, Dorian was centered about 50 miles southeast of Charleston, moving north at 8 mph. Its hurricane-force winds extended about 60 miles from its center. 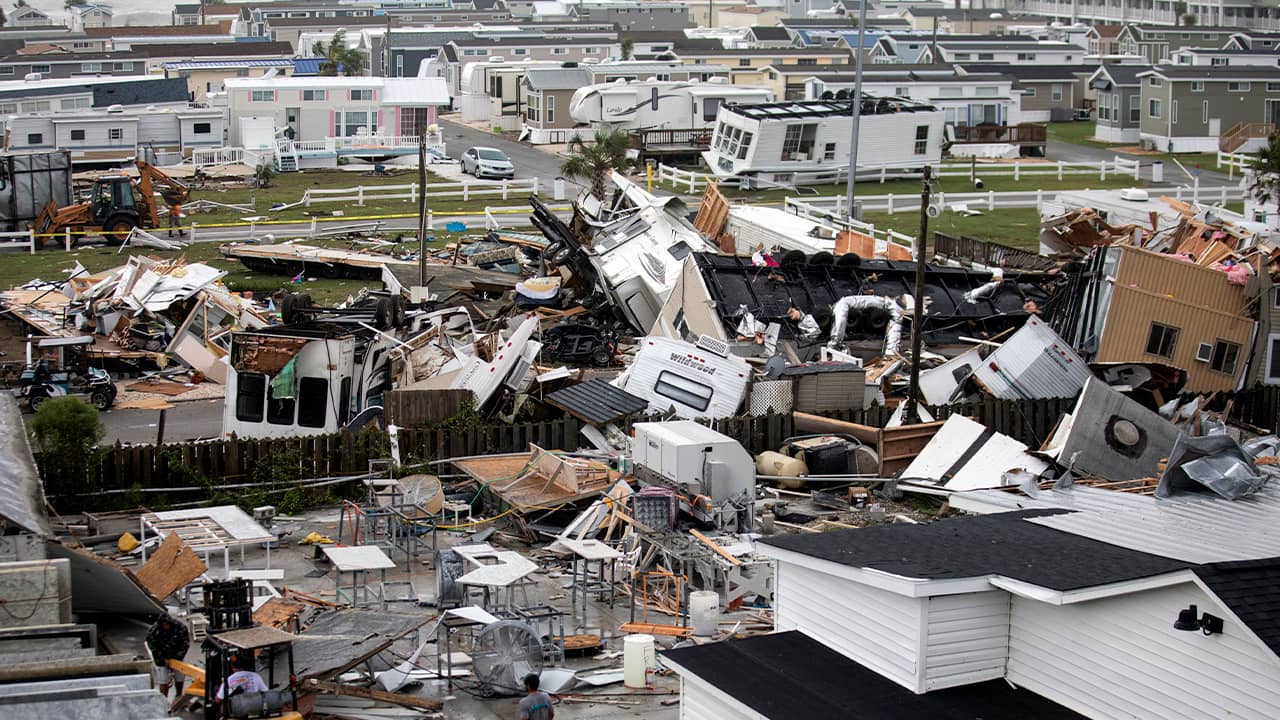 Mobile homes are upended and debris is strewn about at the Holiday Trav-l Park, Thursday, Sept. 5, 2019, in Emerald Isle, N.C, after a possible tornado generated by Hurricane Dorian struck the area. (Julia Wall/The News & Observer via AP)

Florida and Georgia Were Mostly Spared Since Dorian Stayed Offshore

Hundreds of shelter animals from coastal South Carolina arrived in Delaware ahead of the storm. The News Journal of Wilmington, Delaware, said 200 were airlifted from shelters in danger of flooding. About 150 more were expected to arrive via land.