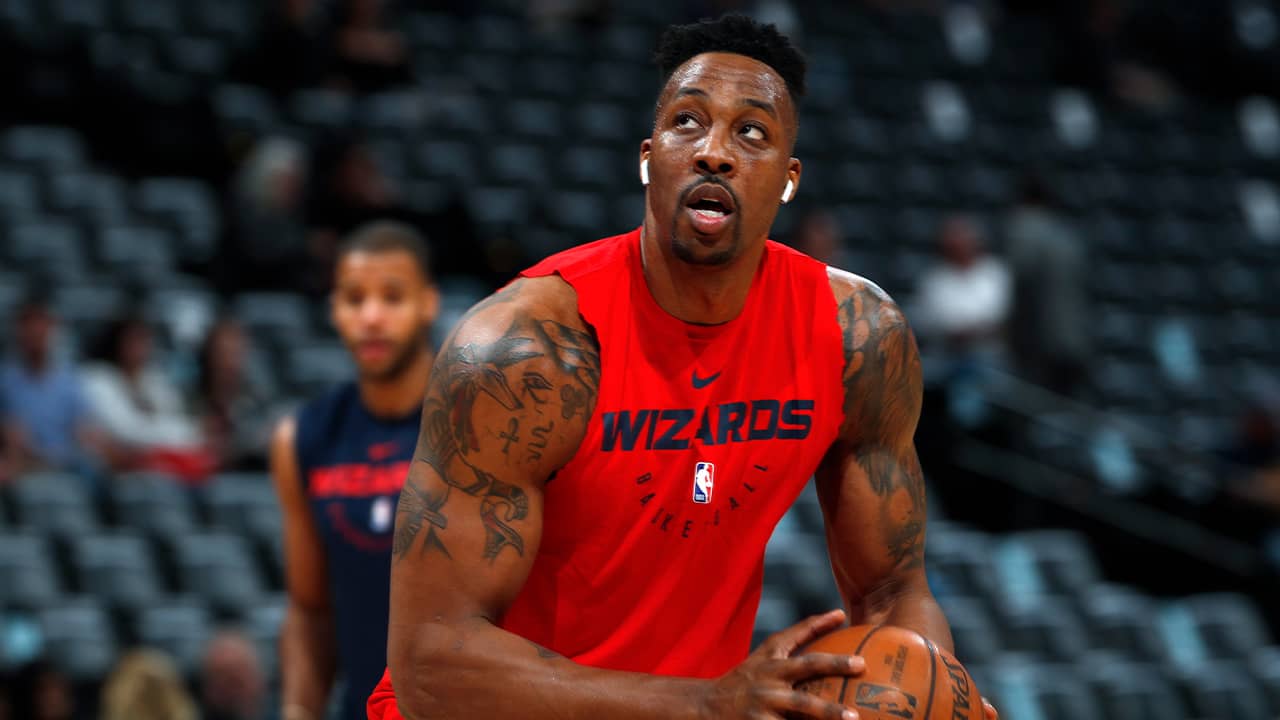 LOS ANGELES — Dwight Howard rejoined the Los Angeles Lakers on Monday, six seasons after his acrimonious departure.
The eight-time All-Star center and 15-year NBA veteran is the Lakers’ improbable choice to fill the sudden roster vacancy created by DeMarcus Cousins’ knee injury.
Howard spent one memorable season with the Lakers in 2012-13 after joining the club with Steve Nash in Los Angeles’ high-risk attempt to create an immediate championship contender. While he led the NBA in rebounding and valiantly played through injuries, Howard also clashed with Kobe Bryant and subsequently spurned Los Angeles as a free agent after the Lakers lost in the first round of the playoffs.
He bounced to six franchises after his departure, while the Lakers haven’t made the NBA postseason in those ensuing six seasons.
Howard has been aggressively booed at Staples Center ever since he took significantly less money than the Lakers offered him and joined the Houston Rockets instead.
Howard appeared in nine games last season after joining Washington, but he hasn’t played since November after undergoing spinal surgery. When healthy with the Charlotte Hornets in 2017-18, Howard averaged 16.6 points and 12.5 rebounds per game.

The 33-year-old Howard will take over the role expected to be filled by Cousins, who tore his knee ligament shortly after signing with the Lakers last month. Cousins could miss the entire upcoming season, so Howard will team with JaVale McGee and Anthony Davis to play center for Los Angeles.