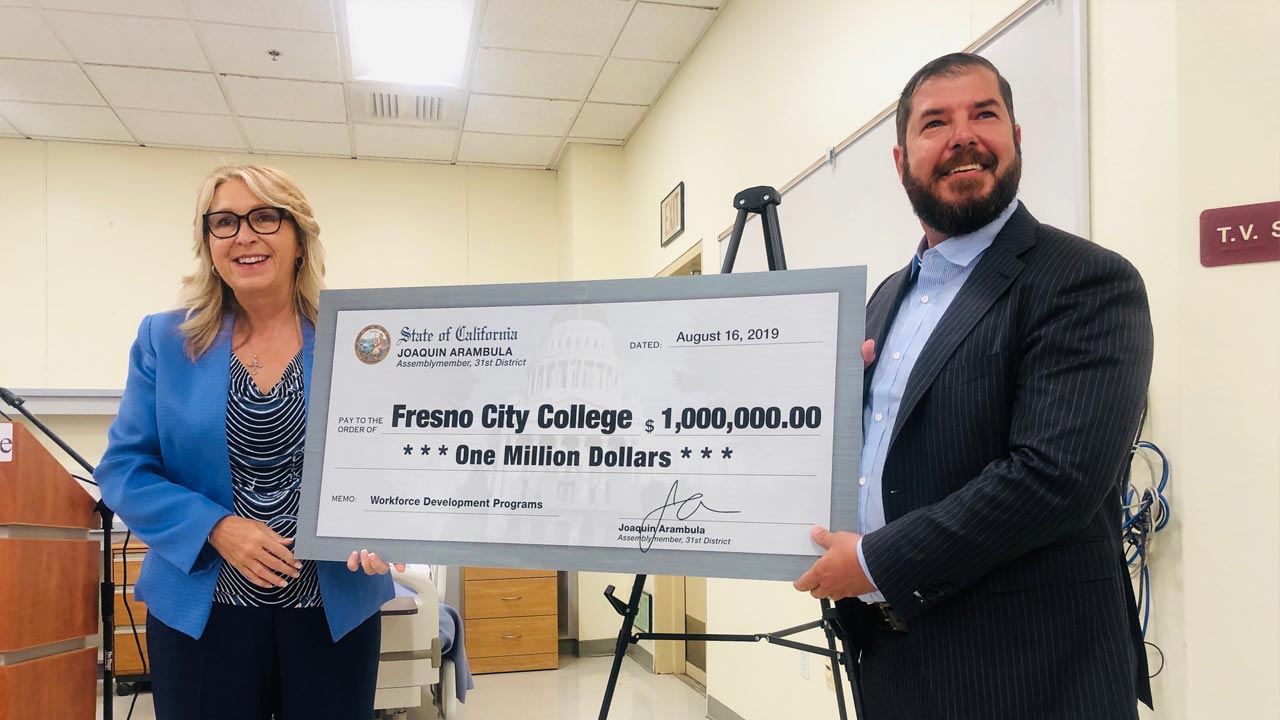 Fresno City College’s West Fresno satellite campus is still a couple years away, but there should be plenty of training equipment for nursing and automotive students on opening day.
On Aug. 16 Assemblymember Joaquin Arambula presented an oversized check representing the $1 million in state funds he obtained this year for Fresno City College’s career and technical education program — the second time in as many years that Arambula has delivered $1 million to the college for its CTE programs.

Nancy Price
School Zone
The new allocation will be used for equipment for the West Fresno automotive technology and pre-nursing programs, Arambula said.

“Through these offerings, FCC is supporting vital efforts to develop and increase our region’s workforce by creating opportunities for young students and returning students, which helps strengthen the Central Valley’s economic growth and future,” he said.
The new funding will underwrite the instructional equipment needs of classrooms at the West Fresno center, City College President Carole Goldsmith said.
“We are truly grateful that Dr. Arambula continues to support our efforts to transform the lives of our community, especially for those in West Fresno,” she said.
The nearly 40-acre, $89 million campus in southwest Fresno is scheduled for completion in 2023.

No more mystery meat for today’s Fresno Unified scholars, who can choose from some new, yummy-sounding menu items this year: Breakfast burrito with egg, potato, turkey sausage, and cheese; mini blueberry pancakes; mini maple waffles; cool ranch chicken wrap; whole grain baked cheese sticks and ravioli bites with marinara; vegan chick’n nuggets; and black bean veggie burger.
“We know that when students are eating healthy foods, they are better prepared to learn,” Superintendent Bob Nelson says.
If you’re wondering what’s on the menu for breakfast or lunch this year at Fresno Unified schools, there’s an app for that. Go to “School Menus by Nutrislice” on Google Play or the App store, or visit fresnounified.nutrislice.com.
Breakfast and lunch meals are free for all Fresno students regardless of income levels, a policy that’s been in effect since 2014. That’s thanks to the “Community Eligibility Provision,” which is provided through the national school breakfast and school lunch programs and which allows high-poverty schools to expand access to free school meals. 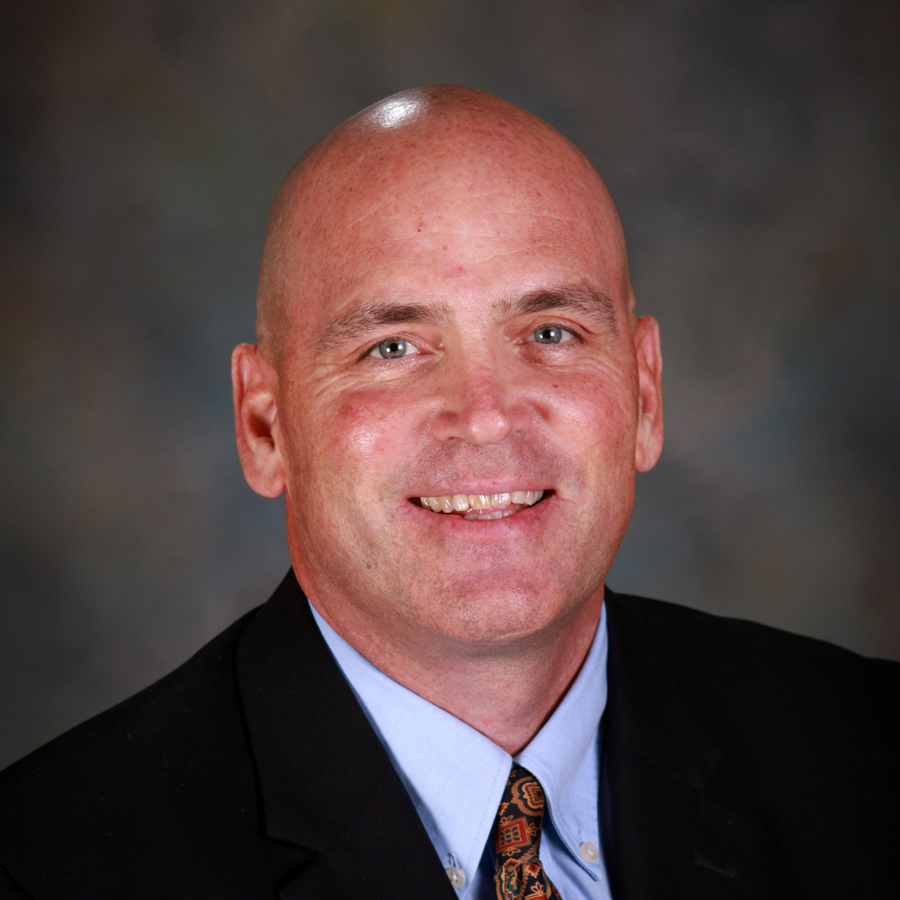 Central Unified’s beloved assistant superintendent/chief business officer Kelly Porterfield died in a motorcycle crash near Shaver Lake on July 16, a week before the school board voted on retroactive pay raises for Superintendent Andy Alvarado and other top administrators.
The board wanted to make sure Porterfield’s family also benefited from the raises, so on Aug. 13 the board voted 6-1 to pay Porterfield’s estate a 3% salary hike retroactive for the 2018-19 school year and a 2% pay raise for July 1 through July 16.
The board’s vice chairwoman, Yesenia Carrillo, cast the lone dissenting vote for the same reason that she voted on July 23 against the pay hikes for Alvarado and the assistant superintendents: “I cannot support increases to the salaries of the top administration when there is still significant work to be done in the district.”

McLane High School in east-central Fresno is holding a daylong celebration of the football stadium’s new synthetic turf — the first for a Fresno Unified school — and other improvements. It started with an early-morning breakfast for seniors who watched the sun rise over the upgraded field.

McLane’s first home football game at the renovated stadium, which now has additional portable restrooms and improved accessibility, will be preceded by a ribbon-cutting and a ceremonial coin toss by Fresno Unified board members and Superintendent Bob Nelson, who also will sing the national anthem. “Bring your earplugs,” trustee Veva Islas joked at Wednesday’s school board meeting.

Fresno Unified’s school board took a little longer than usual to emerge from a closed session preceding the public meeting Wednesday evening, requiring a district staffer to make no fewer than three announcements that the closed session was being extended by 15 minutes.
Board president Claudia Cazares and trustee Carol Mills were the first to appear on the dais at 6:20 p.m., facing a large audience that included a number of high schoolers who were on hand in support of campus culture officials who would lead the Pledge of Allegiance.
After a brief wait, Cazares used the public address system to ask for “two more” board members to join her and Mills so they would have a quorum and could start the meeting. After a few more minutes, the remaining five appeared and took their seats.