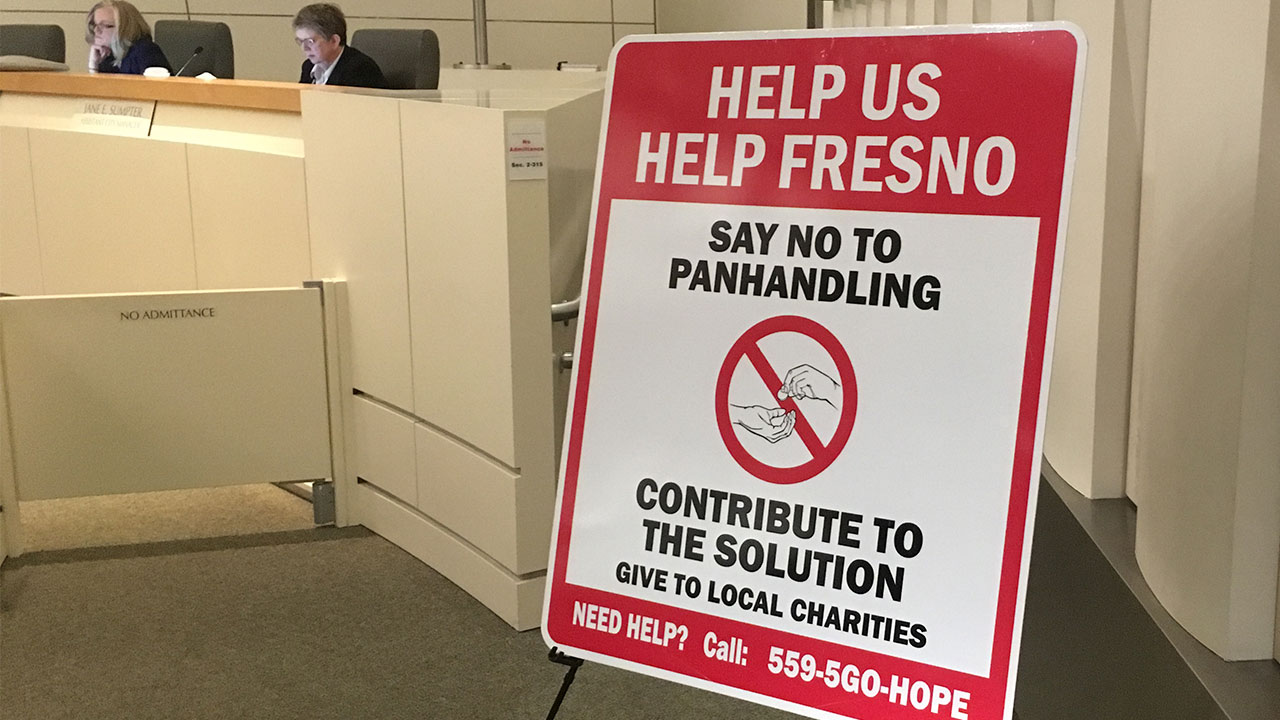 All it took was an election.
For the second time this year, Fresno City Councilman Garry Bredefeld proposed an ordinance allowing his colleagues the discretion to place anti-panhandling signs in their respective districts.
It failed the first time around in April, on a 3-3 vote. On Thursday, it passed.
The difference? Newly sworn-in councilman Mike Karbassi.
Back in April, the District 2 seat was vacant. Karbassi won a special election for that seat last week and took his seat on the dais Thursday.
With the reinforcements in place, Bredefeld brought forth the “Help Us, Help Fresno” initiative again. It passed, 4-3, with Paul Caprioglio and Luis Chavez joining Bredefeld and Karbassi in the yes votes. Miguel Arias, Nelson Esparza, and Esmeralda Soria voted no.

The initiative gives councilmembers the option to place the signs on city property within their own districts. They also have the option to pay for the signs with their discretionary district funds or to solicit private funds. Bredefeld estimated the signs cost up to $125 each.
Private businesses are displaying similar signs around Fresno. And Bredefeld said that the Kohl’s at River Park has found the signs successful in deterring panhandlers.


“We have data that shows panhandling has significantly (been) mitigated where those signs are at,” Bredefeld said. When asked to present the data, he said the information was proprietary to the River Park shopping center operators, and they would not share it.
He also showed before and after pictures of when Kohl’s erected the signs.
“The panhandlers see the signs. The people see the signs. That’s generally the way the corner looks today,” Bredefeld said. “These signs have proven effective.”
Esparza wasn’t convinced about the effectiveness of the signs: “I’m really not sure of the net benefit.”

The sign, as passed, is red, with the words “Help Us/Help Fresno” at the top. In the middle is a logo of one hand donating money to another crossed out, with the wording “Say no to panhandling/contribute to the solution/give to local charities.”
Soria presented an alternative that didn’t move forward.
“I don’t think this is the right message… I think there is an opportunity to send a real positive message,” she said.
Soria’s sign would be in blue. On version had “contribute to the solution/change the way you give.” The other said “It’s OK to say no to panhandlers. Give instead to the agencies that help those in need.”
Earlier in the debate, she attempted to call for a vote to not approve when Caprioglio, the council president, left the dais. He returned a minute later and the vote to reject failed. 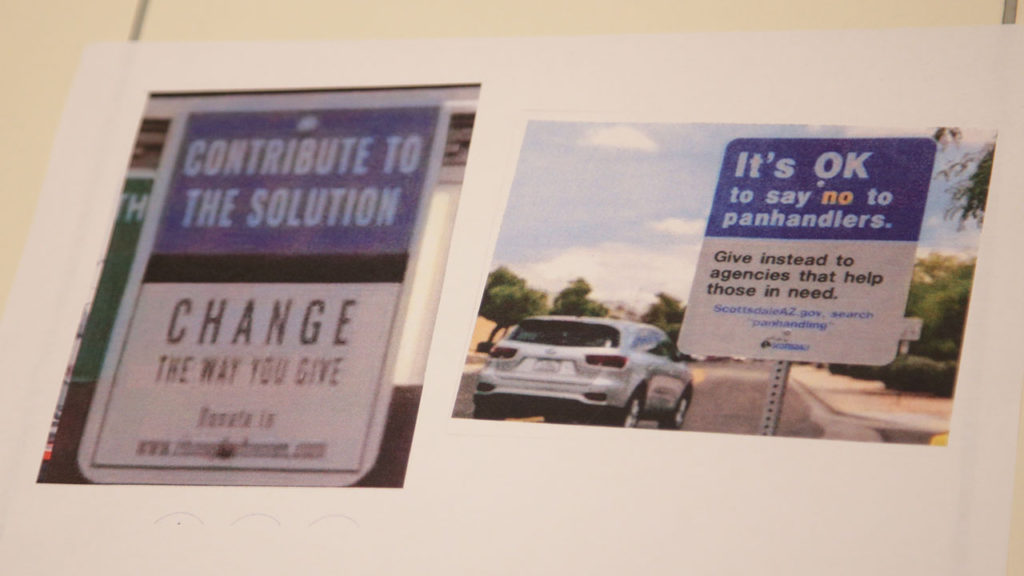 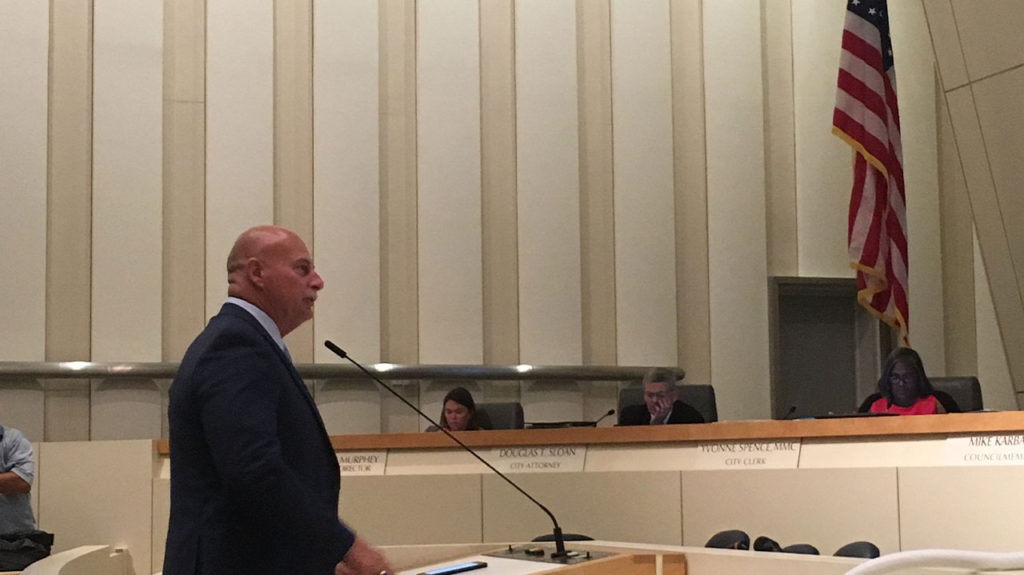 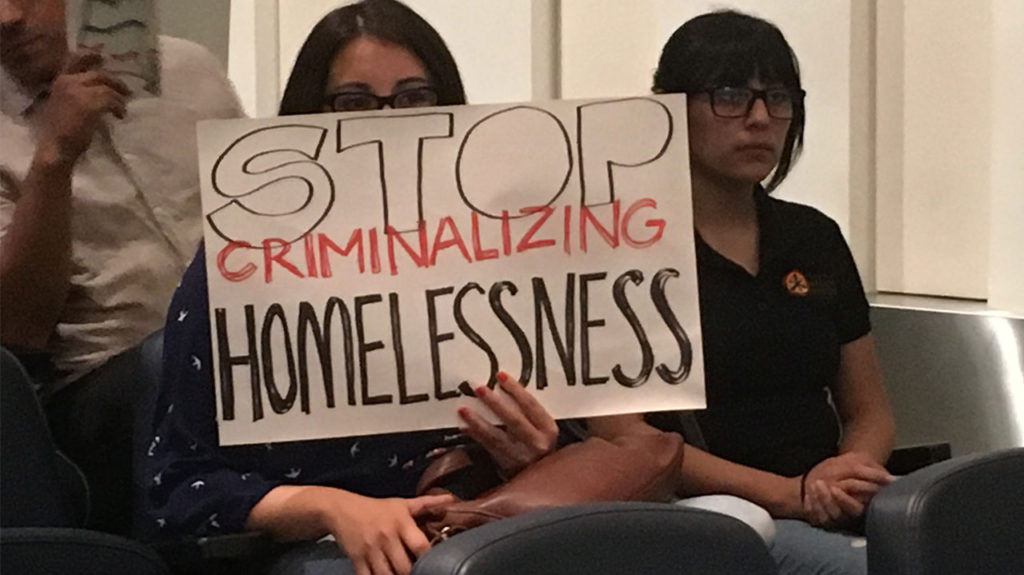 Epstein May Have Gamed the System From Beyond the Grave