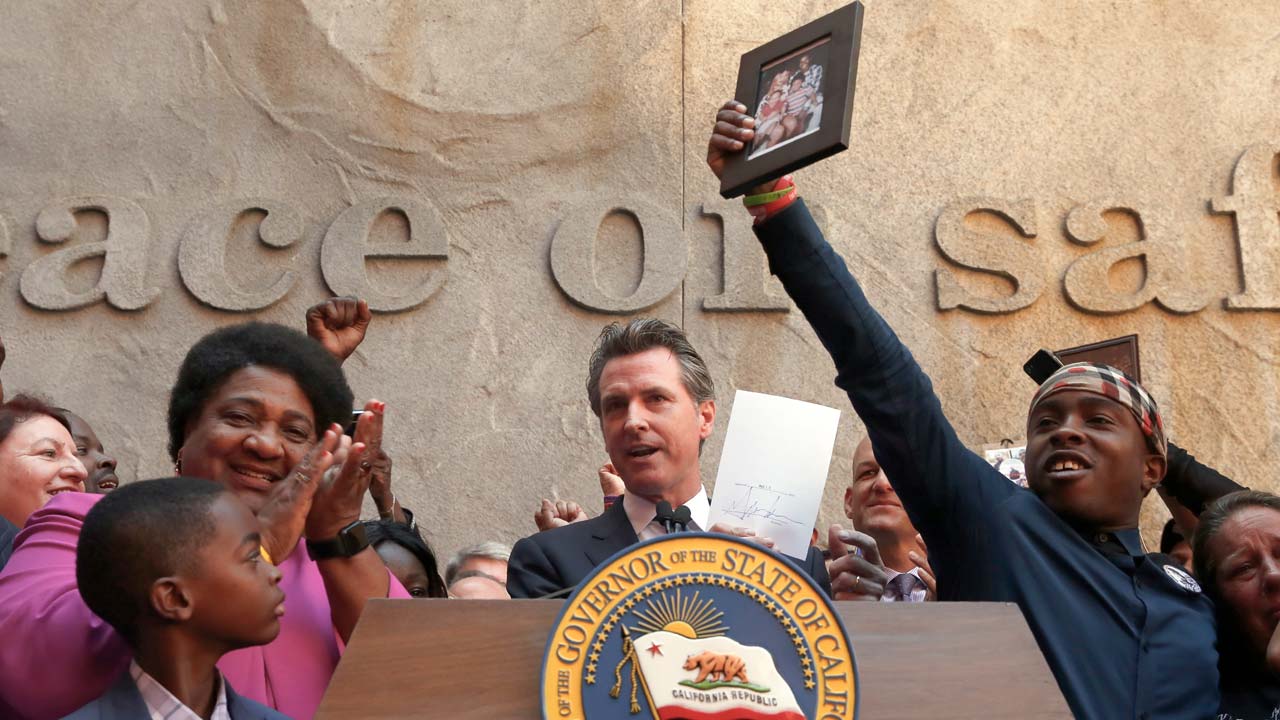 The record of the 2019 legislative session – Gov. Gavin Newsom’s first – is still a work in progress, but his signature on Assembly Bill 392 this week makes it a success, no matter what else happens.

The measure, creating a tighter standard for use of deadly force by police, was long overdue. Officers almost never faced legal consequences for killing suspects.
An 1872-vintage state law, still on the books, made virtually any use of deadly force legal. Later U.S. Supreme Court rulings declared such blanket exemptions “constitutionally unreasonable,” but if an officer had a reasonable rationale, deadly force was acceptable.

Under the latter legal test, prosecutors have been hesitant to charge officers and civil rights advocates pushed to change it after a couple of particularly egregious police killings of black men in Sacramento, both within a few miles of the state Capitol.
Two Sacramento police officers fired 20 shots at the shadowy figure of 22-year-old Stephon Clark in the backyard of his grandmother’s home on March 18, 2018, hitting him seven times.
Clark was being chased because of reports he was breaking windows in the neighborhood and the two cops apparently mistook a cellphone in Clark’s hand for a gun in the dark and unleashed the barrage of pistol fire.

In some ways, however, the death of 51-year-old Joseph Mann, a mentally ill and homeless man, nearly two years earlier, was even less justified because it occurred in broad daylight and Mann, carrying a knife and acting erratically, did not pose any immediate threat.
Mann was shot 14 times by two Sacramento officers who, it was revealed later, had tried to run down Mann with their patrol car. When he dodged out of the way, they radioed, “We’ll get him. We’ll get him,” then stepped from their car and almost immediately began shooting from a distance of at least 25 feet.
Assemblywoman Shirley Weber, a black woman raised in the South who had long championed civil rights issues, assembled a powerful political coalition to confront police unions which had long resisted changing deadly force law. The families of police shooting victims added their voices in public appeals for change.
Weber, a San Diego Democrat, enlisted Newsom and legislative leaders in the cause and intense negotiations finally resulted in a version of AB 392 that the police unions would not actively oppose.
Basically, it changes the legal rationale for deadly force from a “reasonable” fear to, as a legislative analysis puts it, “only when necessary in defense of human life” as determined by “the particular circumstances of each case.”

Legislation ‘Basically Changes the Culture of Policing in California’

Thus it moves the law closer to the standard applied to civilians. There’s little doubt that had civilians shot Clark and Mann under the same circumstances, they would have been prosecuted for homicide.