A lawsuit filed by the mother of a 12-year-old boy electrocuted at a Fresno apartment complex has been settled for $5.7 million, attorney Warren Paboojian says.

Adrian Antunez was playing with other children at Villa Margaritas, 1235 N. Recreation Ave., when he went to retrieve a football. He was electrocuted by a fence as he reached for the ball on Sept. 28, 2017.

The fence had become electrified by contact from a live bare wire. 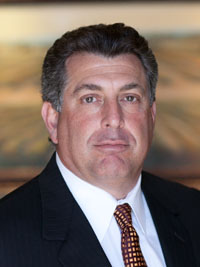 “Ms. Antunez is hopeful that by bringing this lawsuit, apartment owners will adhere to city code requirements. This lawsuit should serve as a warning to all landlords to properly repair their apartments with competent and licensed contractors.” — attorney Warren Paboojian

Following the child’s death, city officials said that the wiring was illegal and the camera was installed without a permit or inspection. Code enforcement subsequently issued a citation to the property manager.

“Ms. Antunez is hopeful that by bringing this lawsuit, apartment owners will adhere to city code requirements,” Paboojian said in a news release. “This lawsuit should serve as a warning to all landlords to properly repair their apartments with competent and licensed contractors.”

Victoria Antunez said of her son shortly after his death: “When I see his room, it’s an empty room and also it’s empty in my heart.”

Adrian, who attended Scandanavian Middle School, was described by teachers and administrators as a friendly student who paid special attention to his younger sisters.

The attorney representing the defendants didn’t return a call from GV Wire seeking confirmation of the settlement.

Prior to the settlement, a Sept. 9 trial date had been set for the wrongful death case.