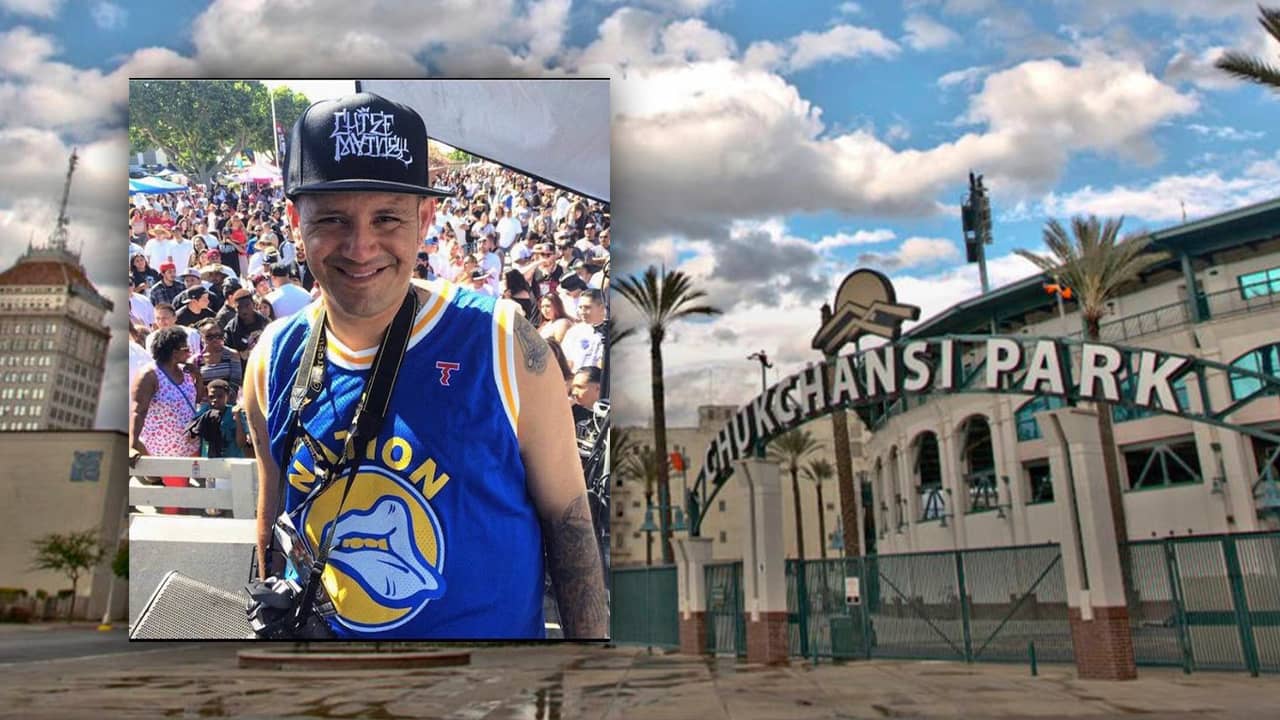 A Fresno man died shortly after competing in a taco eating contest Tuesday night during a Fresno Grizzlies Triple-A baseball game against the Memphis Redbirds.
The Fresno County Sheriff’s Office identified the man as 41-year-old Dana Hutchings.
“We are not ruling a cause of death yet, but we have an idea,” Tony Botti, a spokesman for the sheriff-coroner, said in a statement.
Botti also said that an autopsy on Hutchings will be done Thursday to determine a cause of death.

Grizzlies: ‘We Are Devastated’

“We are devastated to learn that the fan that received medical attention following an event at Tuesday evening’s game has passed away,” Fresno Grizzlies President Derek Franks said in a statement Wednesday.
“The Fresno Grizzlies extend our heartfelt prayers and condolences to the family of Mr. Hutchings. The safety and security of our fans is our highest priority. We will work closely with local authorities and provide any helpful information that is requested.”
The club also said that it had canceled the World Taco Eating Championship scheduled for Saturday. However, Saturday’s ninth annual Taco Truck Throwdown will continue.

Rushed by Ambulance to Hospital

Hutchings was taken from Chukchansi Park by ambulance to Fresno Regional Medical Center, where he was dead on arrival.
Witnesses said that emergency medical technicians tended to Hutchings before paramedics arrived and tried to resuscitate him,
Tuesday’s competition was for amateur food eaters. During the 2018 World Taco Eating Championship at Chukchansi Park, professional eater Geoff Esper downed 73 tacos in eight minutes.

Dana Hutchings was 41 and had experienced some health issues before this event.
He told another fan at the game last night that he was diabetic and had starved himself all day to prepare for the eating contest.@ABC30 pic.twitter.com/3IhxHfHc4X

ICE Raids Raise Question: What About the Employers?