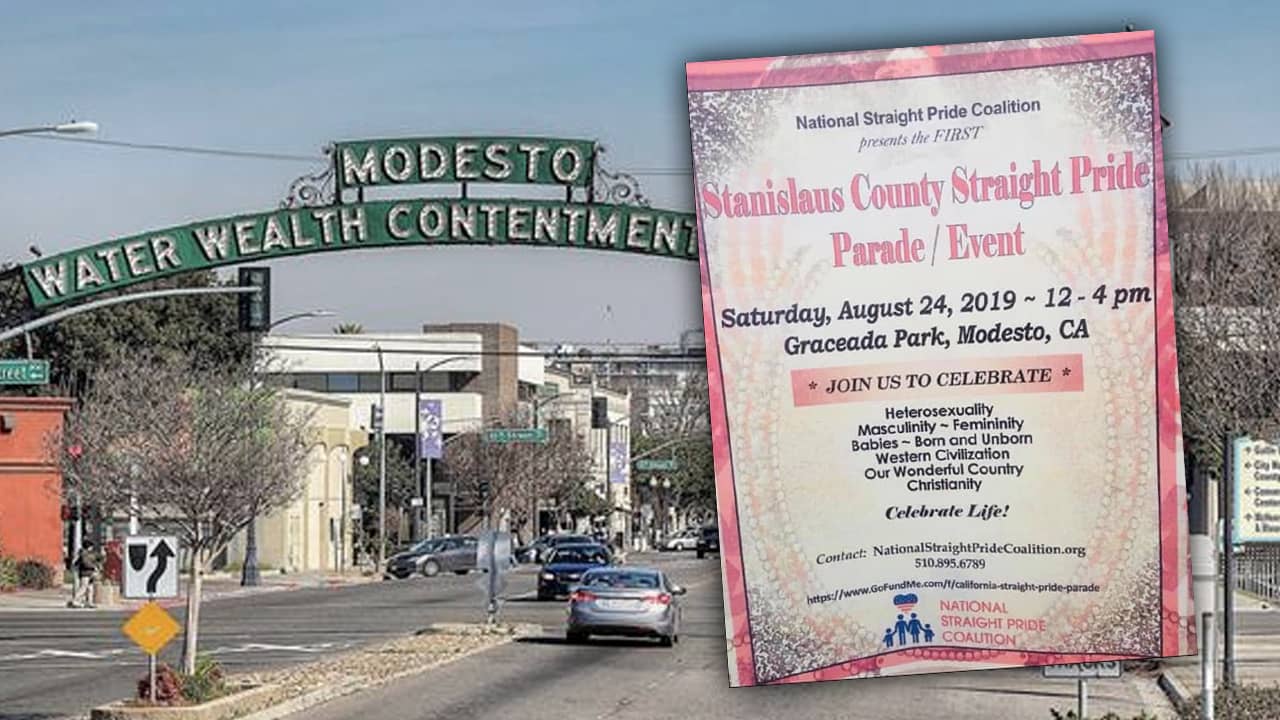 Modesto has banned firearms, glass bottles, baseball bats, and other items that can be used as weapons at rallies and protests.

The Modesto City Council approved the ordinance Tuesday that also prohibits participants from wearing masks or anything that hides their faces.
City spokesman Thomas Reeves says the ordinance initially included banning firearms but that language was taken out because California law already regulates them.

The ordinance comes as the National Straight Pride Coalition tries to organize a rally in Modesto that would celebrate traditional gender roles, Christianity, heterosexuality, and the contributions of whites to Western Civilization.
Opponents say the rally would promote hatred of LGBTQ people and minorities.

White supremacist Don Grundmann, who is trying to form a “straight pride parade” in Modesto, CA, accidentally admits his group is racist at a city council meeting. pic.twitter.com/XIdeywQ50J