Good News: Beauty From the Ashes and One Lucky Rabbit 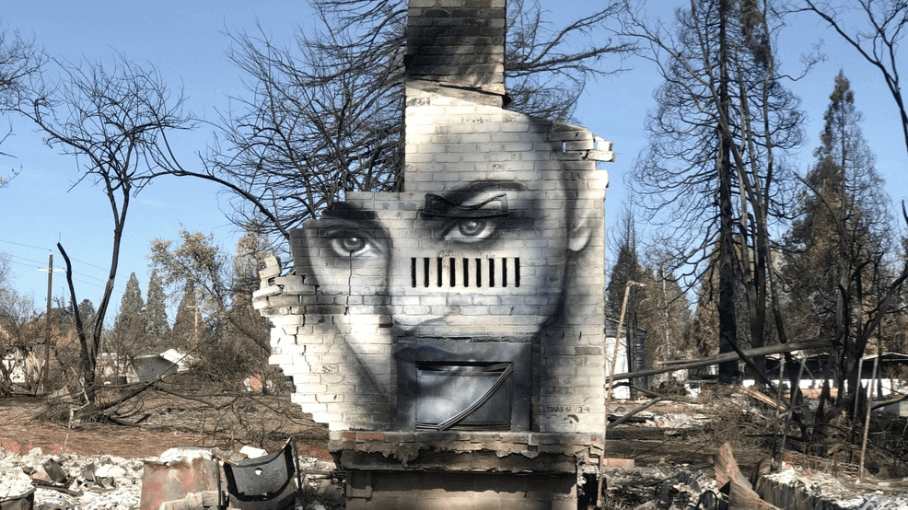 Artist Shane Grammer is based in Los Angeles, but he a native of Chico. After the deadly Camp Fire devastated the community of Paradise, he responded in a way that has grabbed national attention.
Since January, Grammer has made trips to what is left of Paradise, leaving behind evocative pieces of magic: beautiful murals spray-painted on what’s left of the broken town.

Rabbit Mystery Unsolved. And We’re OK With That

The only downer to this little story on social media is that we don’t learn how a rabbit managed to wedge itself between the grill and radiator of a Toyota, and stay alive.
But we do get a happy ending, thanks to Fresno Humane Animal Services and some city firefighters. And that’s really all that matters, right, Mr. Bunny?

MLB is Building It. And They’ll Come

“Is this heaven?” No, it’s the Yankees and the White Sox.
Next year, two Major League Baseball teams will play on the farm made famous by the iconic sports movie “Field of Dreams.”
The New York and Chicago clubs won’t play on the small field in Dyersville, Iowa, that has become a shrine of sorts for baseball fans. No, MLB will build an 8,000-seat ballpark a few yards away.
The game is scheduled for Aug. 13, 2020 — 31 years to the day since “Field of Dreams” debuted in theaters. It will be the first of a three-game series between the Yanks and ChiSox; the other two games will be played in Chicago.
Will Yankees slugger and former Fresno State standout Aaron Judge crank one into the corn? Go the distance …

FIRST LOOK at @MLB venue for @Yankees–@whitesox game in Dyersville, Iowa, site of “Field of Dreams.” Pathway through cornfield will connect 8,000-seat temporary stadium with original film location. The 8/13/20 game will be a White Sox home game. 🌽⚽️ pic.twitter.com/iNHV2qTTy1

Attention, artistic types (or friends of same): Fresno Arts Council is holding a contest to design the logo for the 2020 ArtHop series.
There’s a $500 prize, but the best part is that the logo will be used everywhere: on Arthop brochures, window displays, and social media, along with the council’s website.
The submission deadline is Sept. 3. Details here. 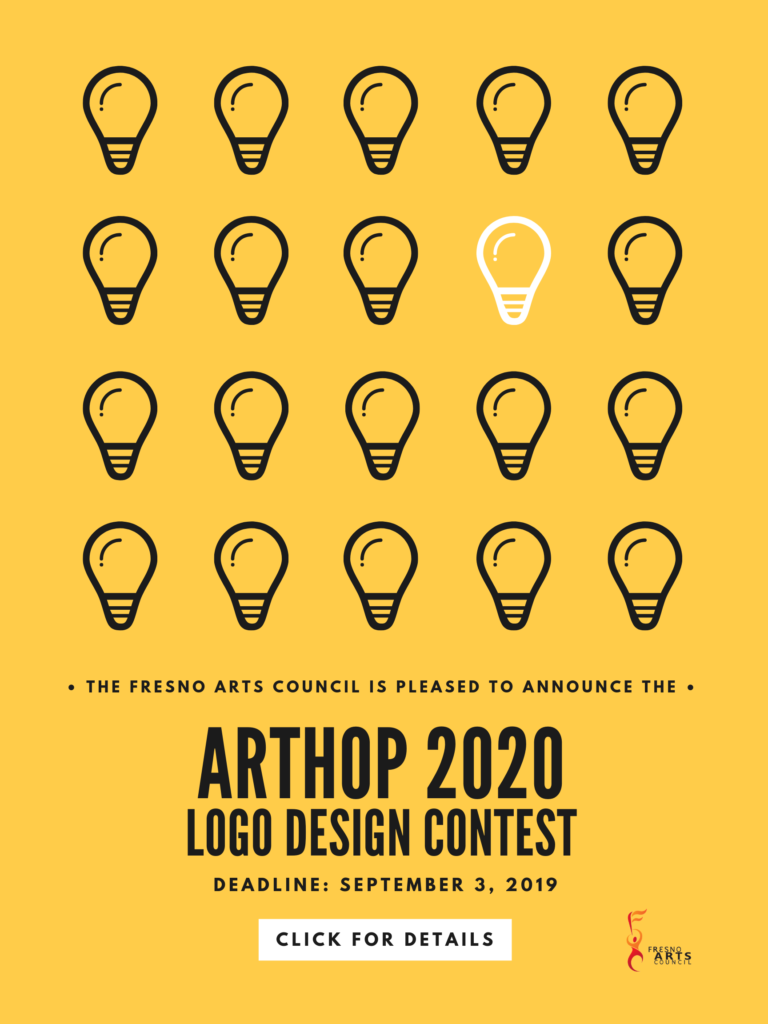 Hundreds of Beatles fans gathered recently at a crosswalk in London’s St. John’s Wood neighborhood immortalized on the “Abbey Road” album to recreate the cover photo half a century after it was taken. 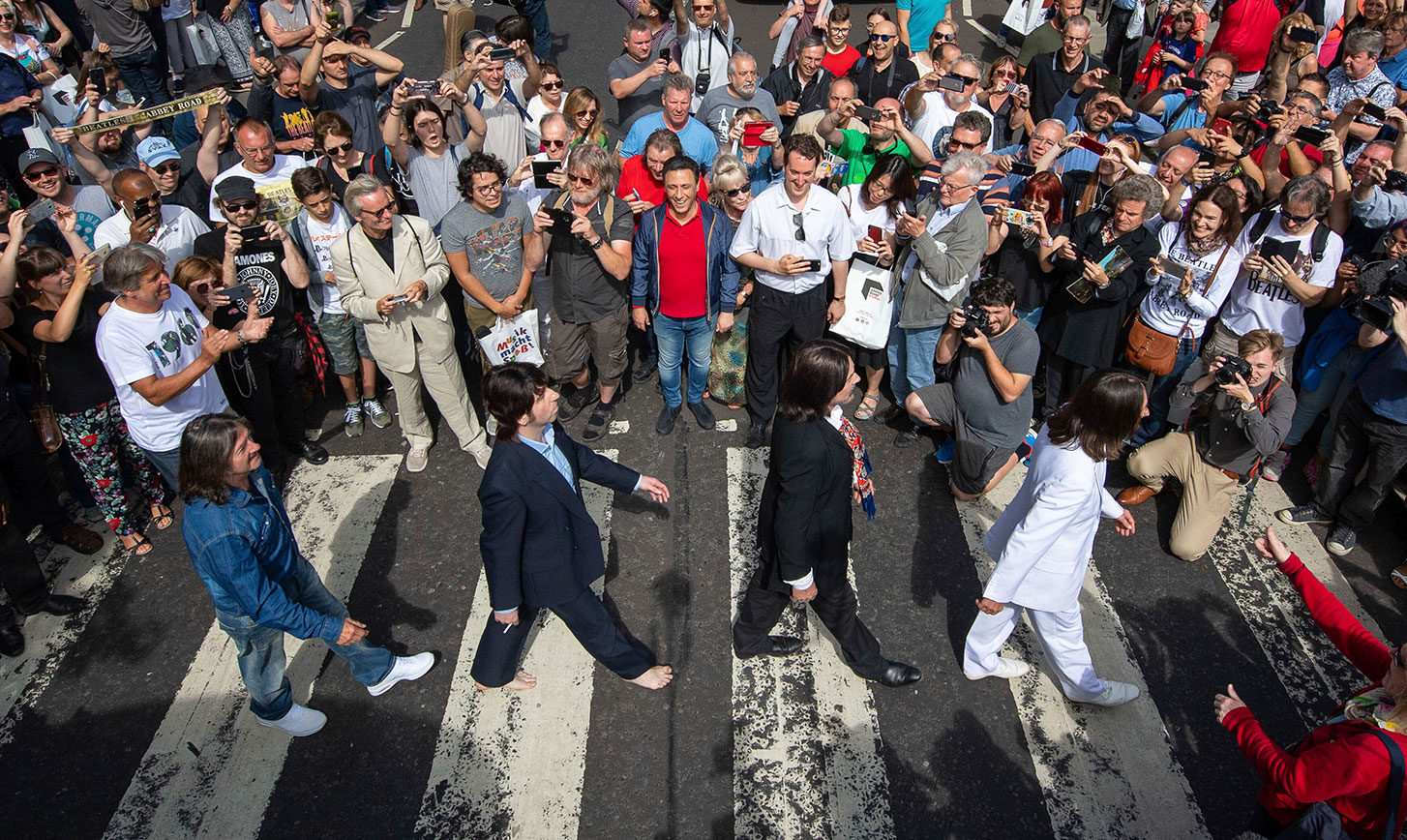 Thousands of fans gather and watch Beatles look-kind-of-alikes walk across the Abbey Road zebra crossing on Aug. 8, the 50th anniversary of British pop musicians doing it for the cover of their album “Abbey Road.” (Dominic Lipinski/PA via AP)

Enjoy a visual and gastronomic feast of Japanese cultural heritage Tuesday night, when the Chinatown Cultural Gallery in downtown Fresno holds a grand re-opening.
The gallery exhibits historic documents that paint a picture of one of Fresno’s oldest neighborhoods. There are images that draw from agriculture, sports, and local businesses, along with how Japanese residents in the area were torn apart by the relocation camps of World War II.

During the grand opening, scheduled for 5:30 p.m. to 7 p.m., prominent community leaders such as Dale Ikeda, honorary consul of Japan in Fresno, will be available to answer questions. Traditional food such as sushi, tofu, octopus, and sweet snacks will be served (don’t be shy about asking for informal lessons in chopstick use).
While Japanese culture currently takes centerstage, the gallery plans to honor all 11 cultures and races that struggled through segregation and redlining in the area, starting in the late 19th century and lasting well into the 20th.
The cultural gallery is located at 912 F St. (look for the red door). Check out the Chinatown Fresno Foundation for more information. 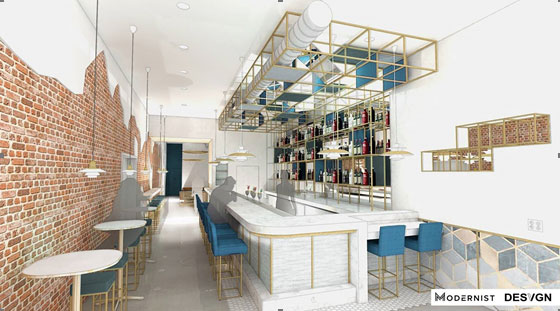 A design image of Modernist, a craft cocktail bar that’s one of the finalists in the Create Here 2019 Business Plan Competition. (Downtown Fresno Partnership)

Spice Up Downtown. Win a Prize.

Coffee houses, a cocktail bar, and a shop that features organic and recycled clothing are among the nine finalists in the Create Here 2019 Business Plan Competition, sponsored by the Downtown Fresno Partnership.
The top five, to be chosen later this year, will share $25,000 in cash, plus $23,000 in donated services.
The partnership says the goal of the competition is to encourage a strong mix of businesses downtown, with an emphasis on places will jazz up nightlife along the reopened Fulton Street and immediate environs.
Finalists include:

Here’s more information about the contest.