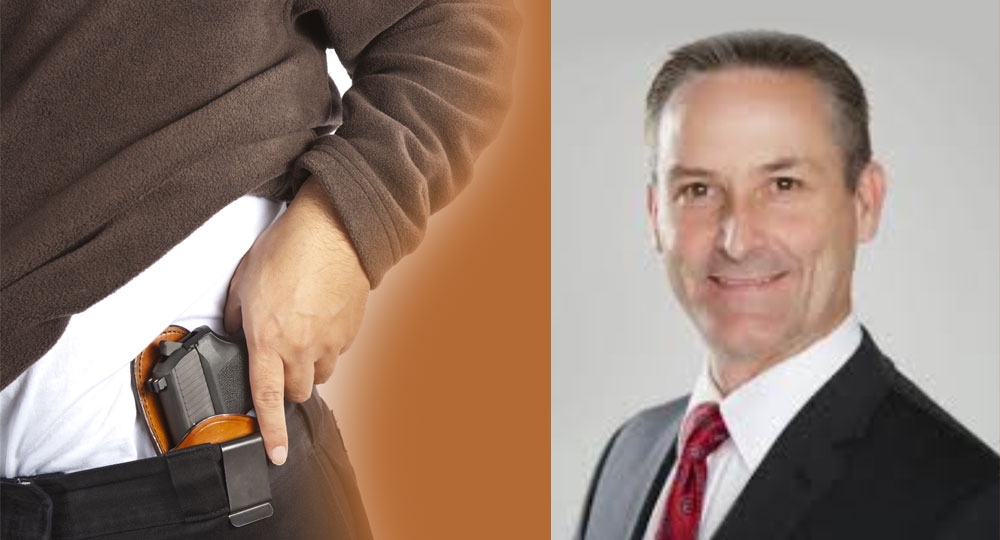 People who have permits to carry a concealed weapon should “exercise” their rights so they’ll be ready to protect their community “and defend ourselves against active shooters,” Tulare County’s sheriff said on social media Wednesday night.
Days after mass shootings in El Paso, Texas, and Dayton, Ohio, claimed 31 lives, Sheriff Mike Boudreaux posted on Twitter that those with a California Carry Concealed Weapon (CCW) permit should use it in order to defend themselves and others against “those who use guns for criminal behavior.”

I encourage all CCW holders in Tulare County to exercise your rights. Do so legally and only with a valid permit. Secure our communities and protect life by being able to defend ourselves against active shooters, threats to life and those who use guns for criminal behavior.

One of the people responding to the sheriff’s tweet asked how officers responding to a shooting could tell the difference between the armed “good guys” and “bad guys.”
“I would argue … in most cases the situation is nearly over,” responded Boudreaux, who has served as sheriff since 2013. “Those with CCWs have been taught the rules on how to respond to law enforcement.”
The same person also asked how people with CCW permit could differentiate, in the midst of shooting, between a criminal with a gun and another person with a permit.
“Identify Yourself Immediately,” Boudreaux tweeted. “If they spot you with a gun, police officers will issue you a very stern, not-so-nice warning to drop the gun. Comply Without Hesitation. Good guys comply, bad guys don’t.”
As of Thursday morning, the sheriff’s tweet had more than 45 responses.

We do background checks.

Thank you Mr. Sheriff for your words. On Conceal carry. Encouraged each one to know the laws, be alert and always train, train, train and train again. @MikeBoudreaux4