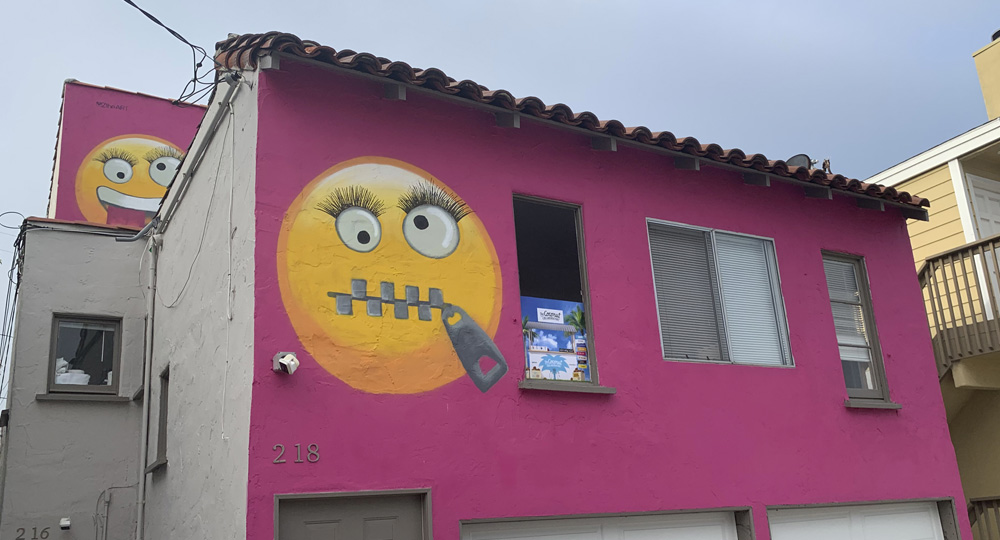 MANHATTAN BEACH — This Southern California seaside community is in an uproar after a home was given a new paint job featuring two huge emoji on a bright pink background.