The agency in a statement Monday said the accident happened at 2 a.m. Sunday as the two men and two women on the motorcycles were traveling on Highway 65 in Tulare County.
Officer Marc McWilliams identified the SUV driver as 24-year-old Jazmin Paramo. According to McWilliams, Paramo drove north in the southbound lane. 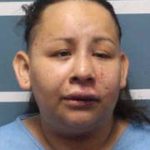 Paramo was flown to Kaweah Delta Hospital for treatment of injuries. She later was booked into Tulare County Jail and charged with vehicular manslaughter, driving with a suspended or revoked license, and DUI.  Bail was set at $100,000. According to jail records, she had a blood alcohol count of .20 — more than twice the legal limit.
McWilliams did not identify the victims but said they were in their 40s and from Porterville.
But ABC30’s Sontaya Rose posted on Twitter that the couples killed were Jose and Rita Vargas, and Gilbert Vargas and Mitzi Rodriguez.

The other victims, Jose and Rita Vargas are being remembered as a couple who made a difference in the community. Rita worked at Plano preschool. Today her coworkers were told of her death. Jose worked at O’Reilly Auto where customers say he was always helpful and personable. pic.twitter.com/15Y46RrRNN

The Tulare County coroner’s confirmed the names of the victims Monday.

The CHP asks that anyone with information about the deadly collision call 559 784-7444.