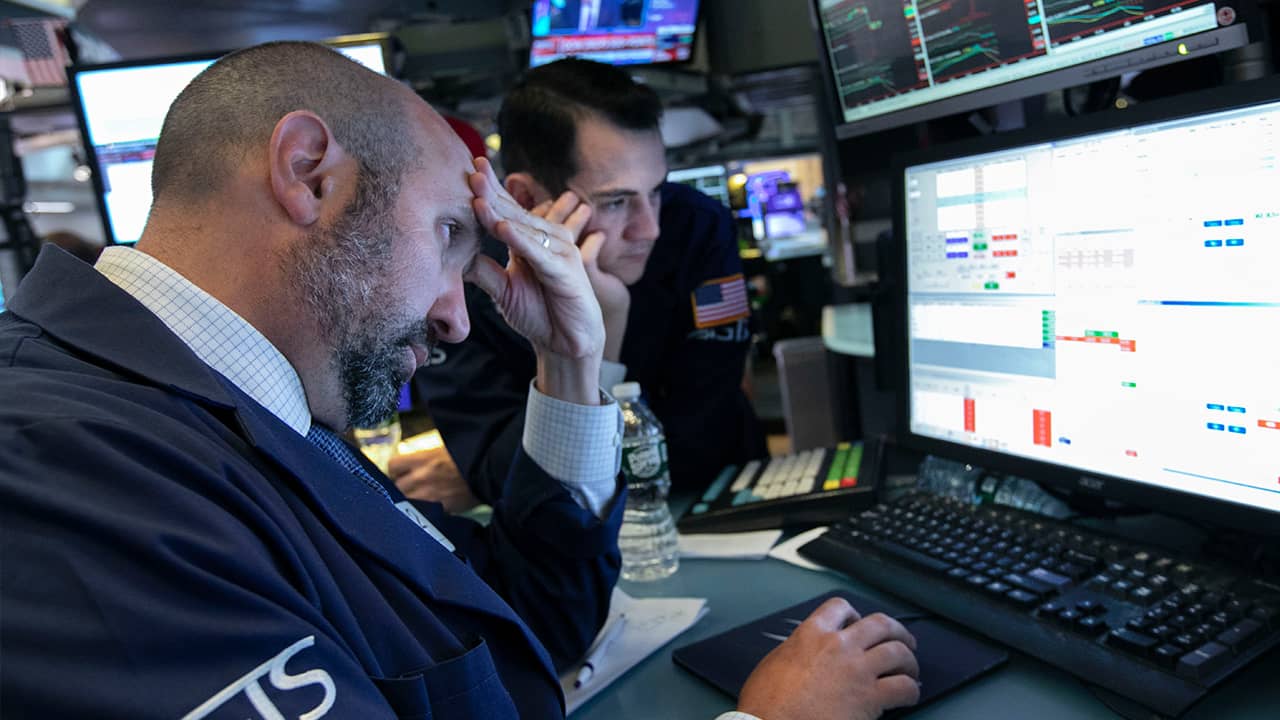 NEW YORK — U.S. stocks nosedived in morning trading on Wall Street Monday as China’s currency fell sharply and stoked fears that the trade war between the world’s two largest economies would continue escalating.
China let its currency, the yuan, sink to an 11-year low against the dollar and under the politically sensitive level of seven per dollar. A weaker Chinese currency can help boost that country’s exports while hurting foreign competition.

The U.S. has long complained about the weakness of China’s currency and the move could be construed as a way for China to turn the yuan into a weapon in the midst of a trade war.
The S&P 500 index tumbled 2% as of 11:10 a.m. Eastern time and The Dow Jones Industrial Average slid 526 points, or 2%, to 25,963. It was down as much as 612 earlier.
The Nasdaq composite fell 2.6%.
European and Asian markets were also sharply lower.

Wall Street is coming off of its worst week of the year after President Donald Trump threatened more tariffs on Chinese goods just as both nations are trying to negotiate an end to the damaging trade war. 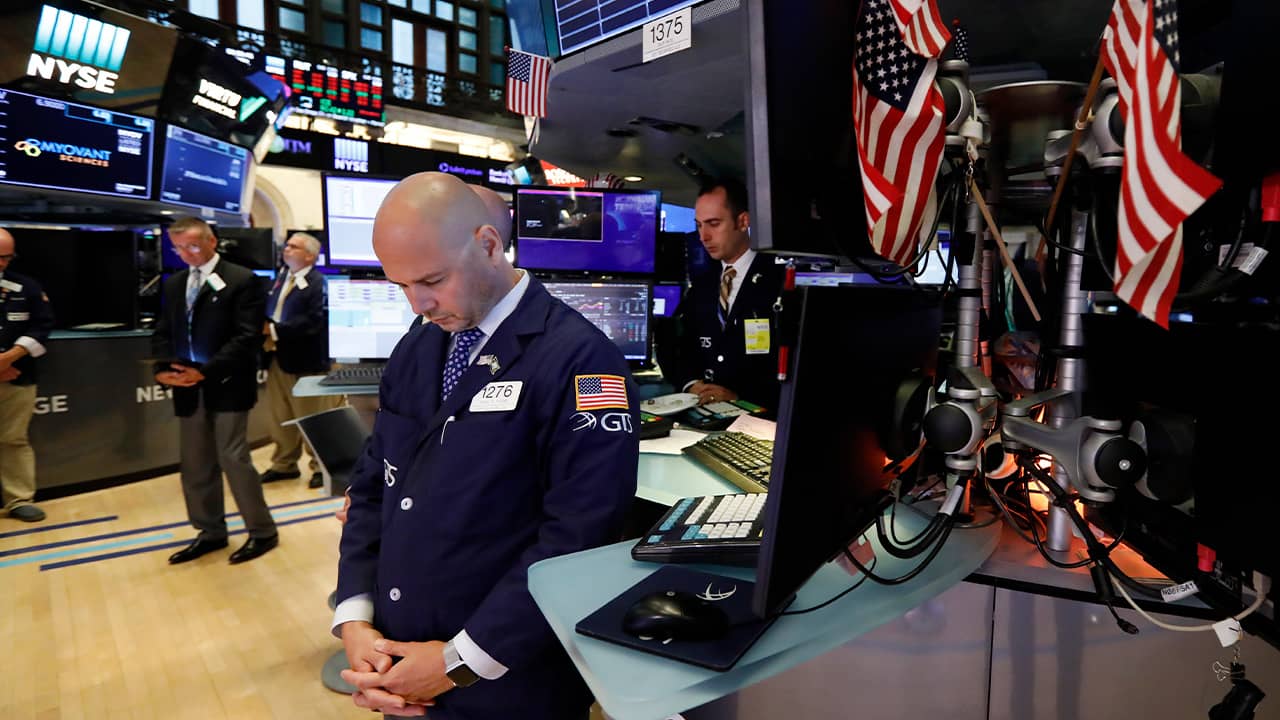 Traders pause for a moment of silence on the floor of the New York Stock Exchange, for the victims of the weekend shootings, Monday, Aug. 5, 2019. (AP Photo/Richard Drew)

Wynn Resorts slumped 5.6% on heavy volume. The casino operator gets the majority of its revenue from the Chinese gambling haven of Macau and is particularly sensitive to developments in the U.S.-China trade dispute.