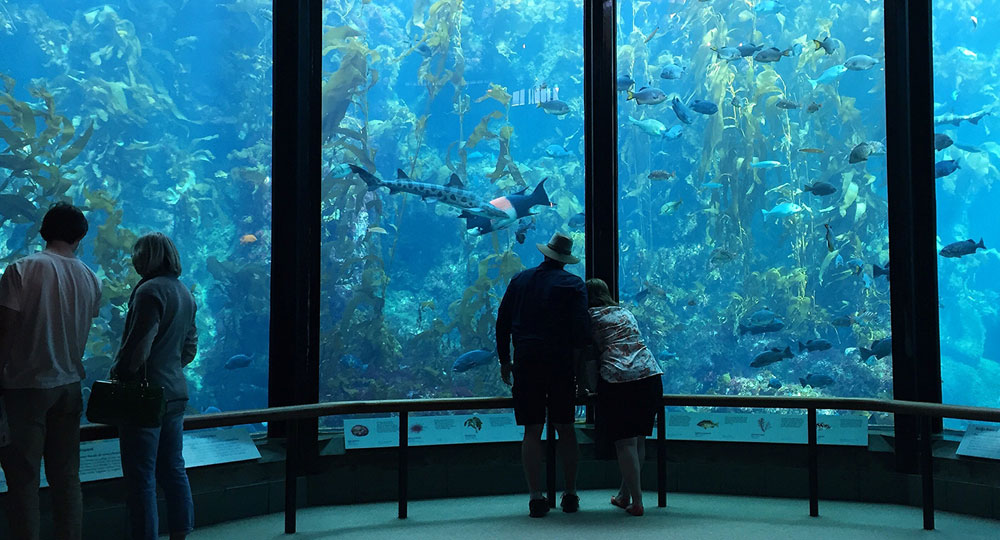 Why would anyone who remembers classic lines from “The Godfather” want to “sleep with the fishes”?
Here’s why: Thanks to the folks at Monterey Bay Aquarium, you can do so without suffering the same outcome as the late, lamented, fictional Luca Brasi.
Several times a year, the popular Cannery Row tourist destination hosts sleepovers. Families pack up their pajamas and spend the night with the stingrays, leopard sharks, and sardines (and sea otters, because who can bring up this aquarium without mentioning the sea otters)?

Special activities are held into the evening, and attendees enjoy the fun of waking up in an aquarium hours before the doors open to other visitors.
These events are aimed at families. There was a special, grownup-only sleepover the aquarium announced a few days ago that will feature wine and beer, a sundae bar, and lots of ’80s nostalgia (it celebrates the aquarium’s 35 years of existence).
Not surprisingly, the event sold out. Fast. Sorry.
Four scheduled sleepovers remain in 2019. The next one is Aug. 24. The cost is $125 person.

‘Git Up,’ You Law Enforcement People

Videos of people doing the song’s loose, beverage-in-hand dance steps are popping up on social media. Here’s one of our favorites, featuring members of the California Highway Patrol’s Contra Costa Area.
The Facebook post says the officers donated to a local animal rescue in conjunction with the video. They challenge four law-enforcement agencies to do the same.
How about it, Clovis police? Fresno County deputies? CHP Central Division? Let’s see your moves.

Carrying On for Robert Levine

Robert Levine was fascinated by how different cultures perceive time, and how the “pace of life” in one society or another affected their economic and environmental characteristics. 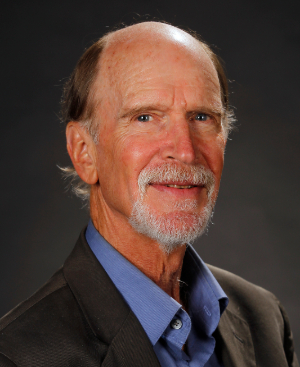 
Levine listened to people around the world to learn how we become broken, and how we might be mended.
A revered author, mentor, and educator at Fresno State, Levine taught social psychology at the university for 45 years. He died June 22 at 73.
Central Valley Community Foundation has created a fund for family and friends to carry out projects in Levine’s name. For instance, just before his death, Levine visited a village in Nepal that was rebuilding from devastating earthquakes in 2015. He was fleshing out ways to get safe drinking water to the village when he passed away.
Learn more about the Robert V. Levine Memorial Fund. You can mail donations to Central Valley Community Foundation, 5260 N. Palm Ave., Suite 222, Fresno CA 93704. All donations are tax-deductible.

Fresno State announced it will be able to admit at least 600 more students next spring, thanks to additional money from California’s latest government budget.
That qualifies as good news, though that number dwindles in comparison to the thousands of potential students turned away each year in Fresno and at the other 22 California State University campuses. 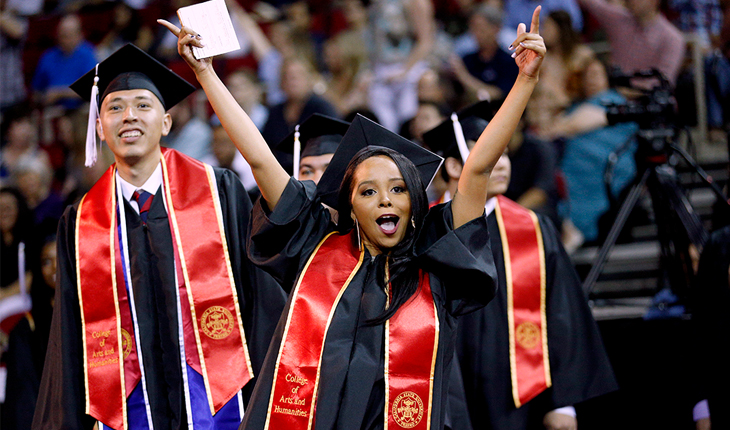 For this coming fall semester, more than 25,000 freshmen and transfer applicants put in for 5,400 available slots, university officials said. Fresno State turned away 8,270 who met CSU standards, including nearly 3,000 from central San Joaquin Valley counties.
So, 600 (or more) is something (and the applicant only  can be upper-division transfer students), but … well, Bill McEwen has ideas about how we can make Sacramento loosen the pursestrings for CSU enrollment.

It’s almond harvest season in the Valley. And how does one harvest an almond tree? Shake, shake, shake!

Parents like to believe their kids can grow up to do anything. Daniel Hashimoto has dispensed with the “grow up” part.
Hashimoto, a visual effects artist who has worked on “Mary Poppins Returns,” “How to Train Your Dragon,” and the “Kung Fu Panda” films applies video magic to amateur-style footage of his son, James. The result: a popular YouTube channel called Action Movie Kids.

One of the best parts of these videos is that, according to his dad, James hates to act. So most of what you see is a boy being a boy.
“Anytime you see him laughing or having fun or doing goofy things on camera, it’s because whatever we were doing while we were filming was fun and made him laugh,” Hashimoto told Pond 5.