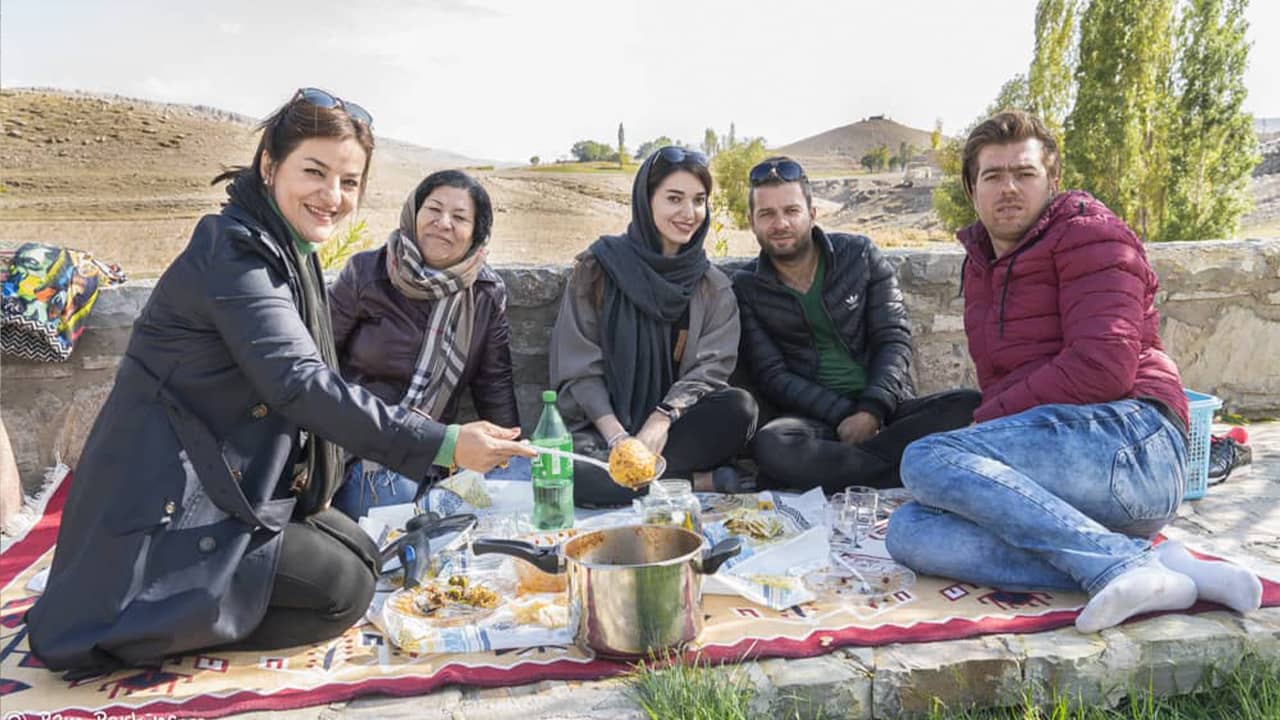 I could feel the excitement build when the pilot announced we were beginning our descent into Tabriz, but I wasn’t nervous or scared.  It just felt different.  I glanced at the other women on the plane, looking for a signal as to when I should put on my headscarf since that was something I dreaded, knowing it was mandatory during our 19-day trip to Iran.


Related Story: Postcards From Iran: One Highlight After Another

A few minutes later,  the woman in the seat next to mine meticulously folded her large scarf, flipped it over her head and tied it loosely in a way that made it look secure. I followed suit, although I didn’t look as put together as she did. Other than our group of six being detained by immigration and fingerprinted in a private room at the airport, our entry into Iran seemed pretty much like our arrival in other countries, yet I knew it was different. I glanced at the posters and signs written in Farsi and thought to myself: ‘My God,  I’m in Iran.’ Pam Perkins, a traveler, writer, and photographer from Redwood City, visited Iran in 2017. She originally wrote this account for her personal blog.  This is the first of three parts.

Iranians’ React to Visitors from U.S.

Tabriz, where we spent two nights, is a modern city located in the north, and at one time was populated by Armenian Christians.  Like most visitors, we spent our first day visiting the open-air Bazaar, which is considered a UNESCO World Heritage site, the ancient Blue Mosque built in the 15th century, and the Azerbaijan Museum with antiquities from 6,000 years ago.


Related Story: How Do I Tell My Friends About My Amazing Trip to Iran?

What has struck me most is how people in the streets react to our presence. They know we are from another place and are interested to find out from where and how we like Iran. Some speak English quite fluently while others mumble their way through, just like we mumble the few words our guide Parnian said would be nice for us to say in Farsi. The easiest word is merci, which means “thank you.”
Their reaction to our being from America is just like we’d been told. They are happy we are here, and they welcome us warmly, shaking our hands vigorously.
I also am struck by how most of the women are dressed in full black chadors, far different from other Muslim countries I’ve visited, where there was much more variety in how women dress, although many of them wear a headscarf. Some people think Muslim women are suppressed, but we always hear that the dress is based on their religious faith and that the more conservative women dress in all-black chadors, while even more conservative women wear the hijab, which we’ve seldom seen here.

I came across two women and their young children enjoying a picnic on a blanket (picnics are big here) and, given their warm smiles, I stopped and had a  conversation with them.

While walking and taking pictures in the park next door to the hotel in Tabriz, I came across two women and their young children enjoying a picnic on a blanket (picnics are big here) and given their warm smiles, I stopped and had a conversation with them.
One was a Ph.D. student in management and the other was a professor of mathematics at the university in Tabriz. They wanted to know about family life in America. “Is it true that families don’t stay together?” one woman asked. Having some sense of where she was going with this, I told her that in our culture, children, once they are grown, usually leave home,  find jobs, rent apartments, get married, have children, but we are different in that married children live in their own place.
“You mean your married children don’t live with you?” “Yes,” I answered. “Seldom do married children live with their parents.” “Then why do you have children?” the woman asked. “Well, we bring children into this world and teach them to be responsible and live honest and good lives,”  I responded. “I think that is a very good thing,” the woman answered, “but we don’t do that here, but I wish we could.”

‘They Wish They Could Take off the Scarf’

Then they told me that wearing a scarf was not of their choosing, and if they could take it off, they would in a minute. I have found that in the few cases where I have had a slightly deeper conversation with women, other than to tell them we are enjoying their company, I find they are eager to tell me they wish they could take off the scarf. Now I should mention that I have never had this conversation with a woman wearing a black chador.
Here are some images from our first few days in Iran.
Unfortunately, I am unable to access Facebook here, but amazingly I can post images on Instagram. 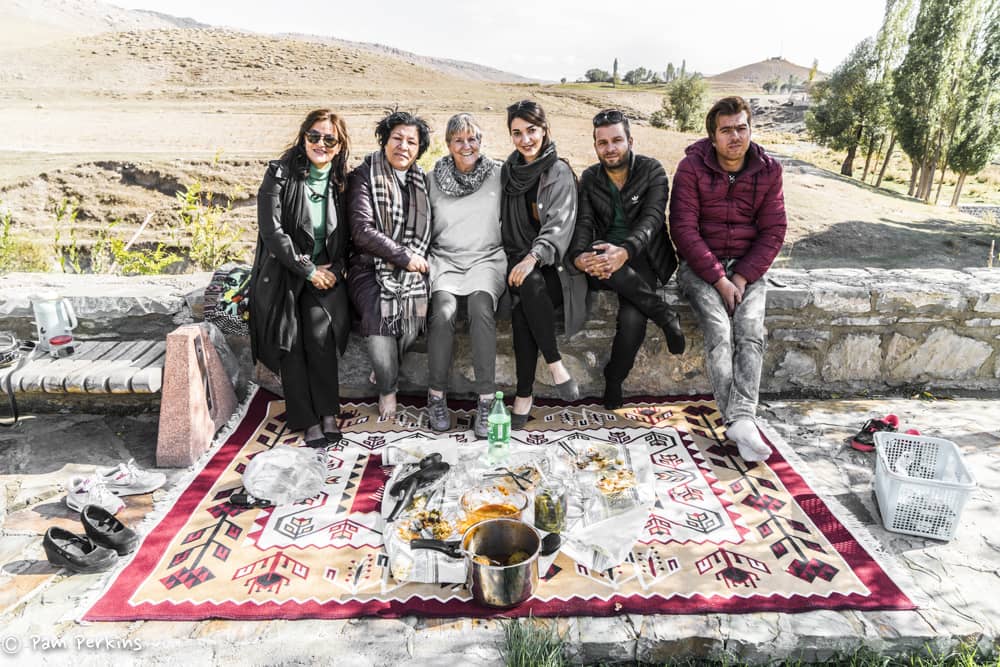 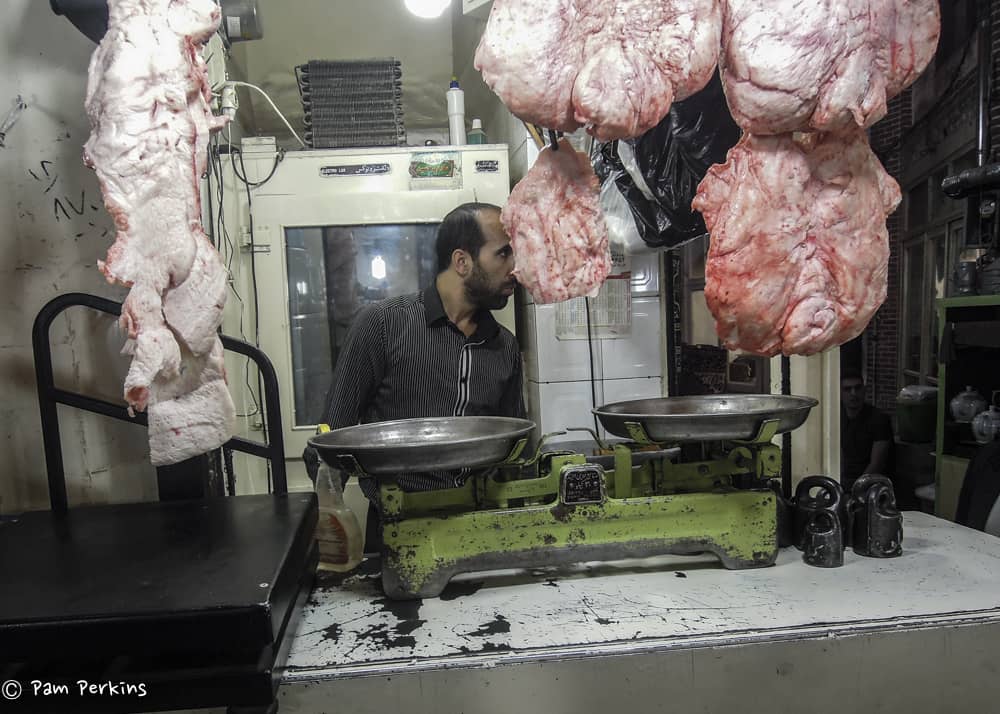 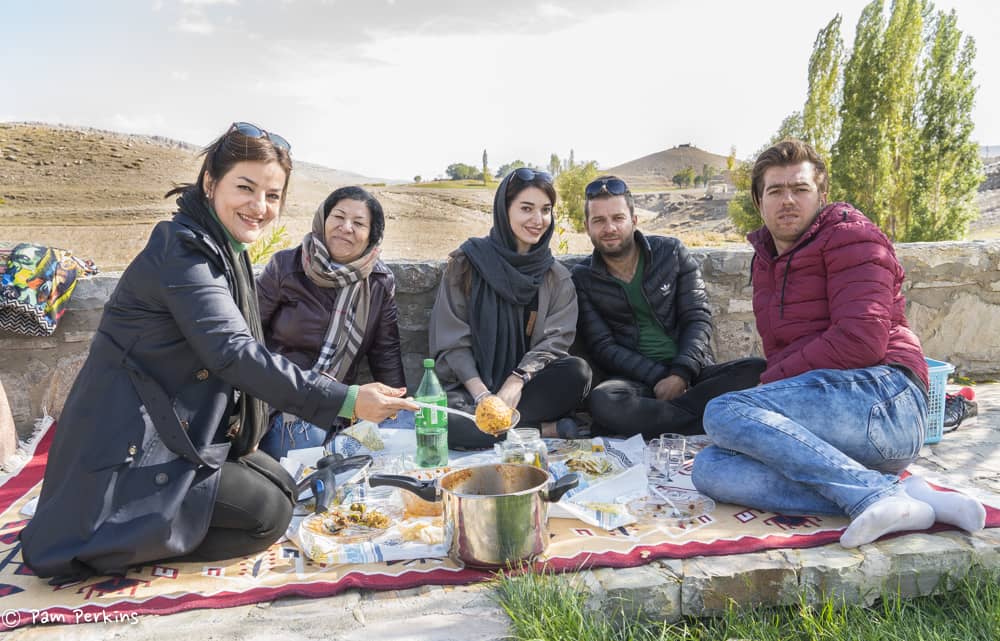 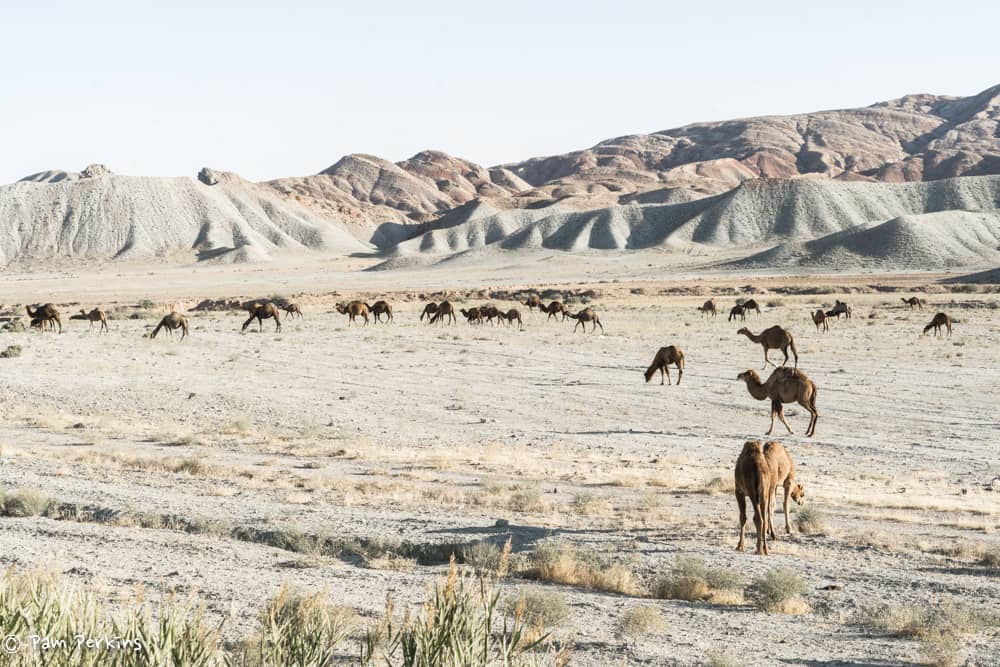 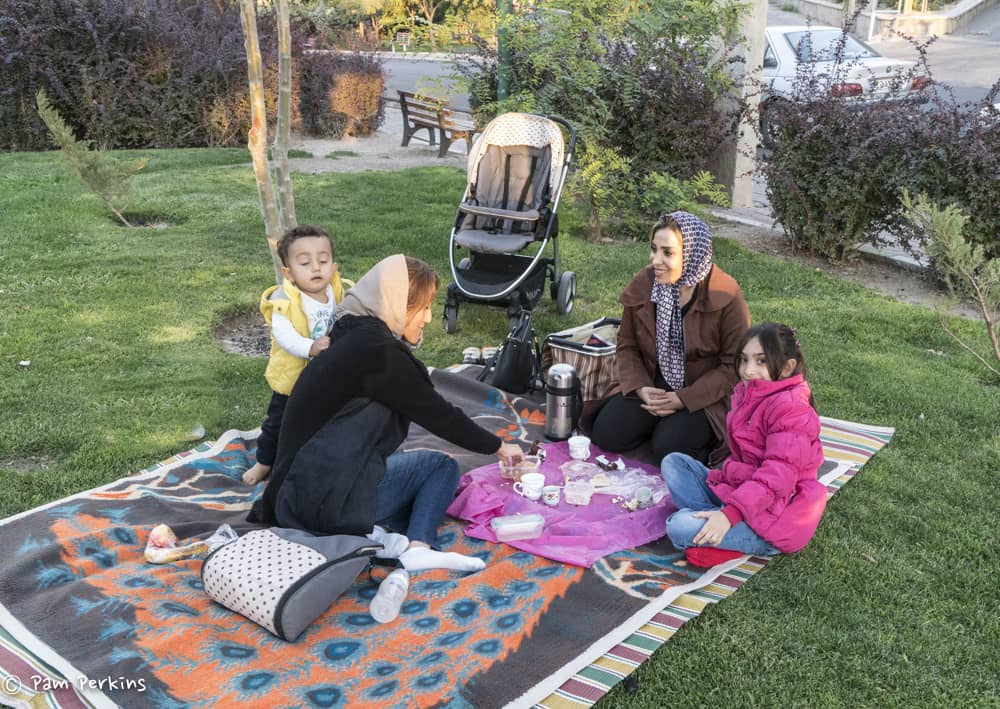 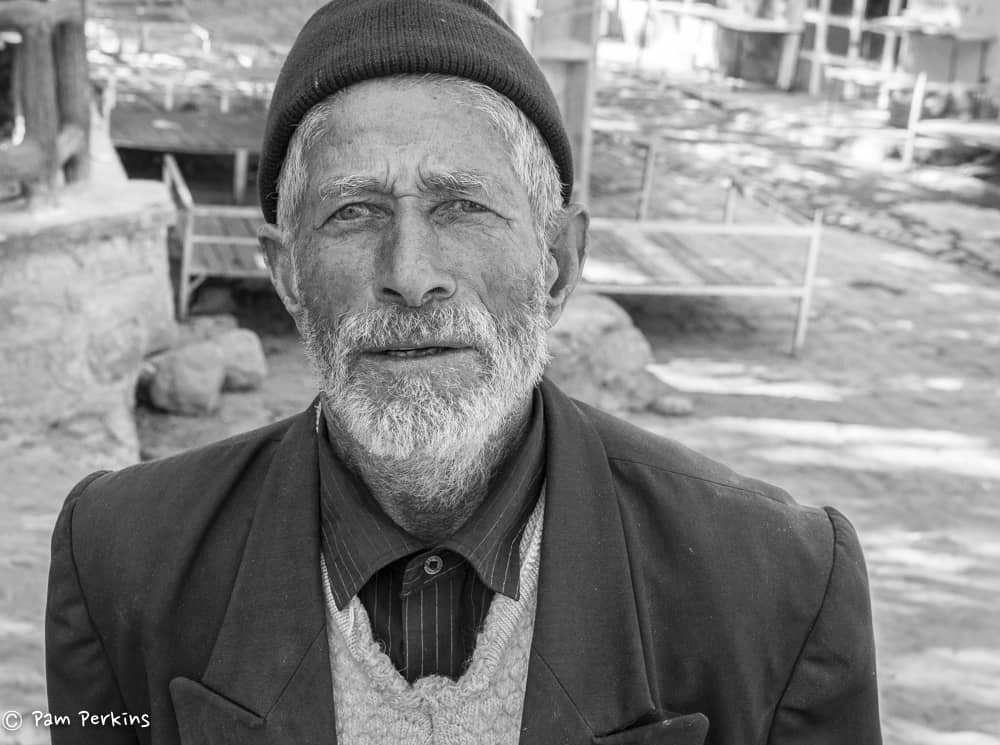 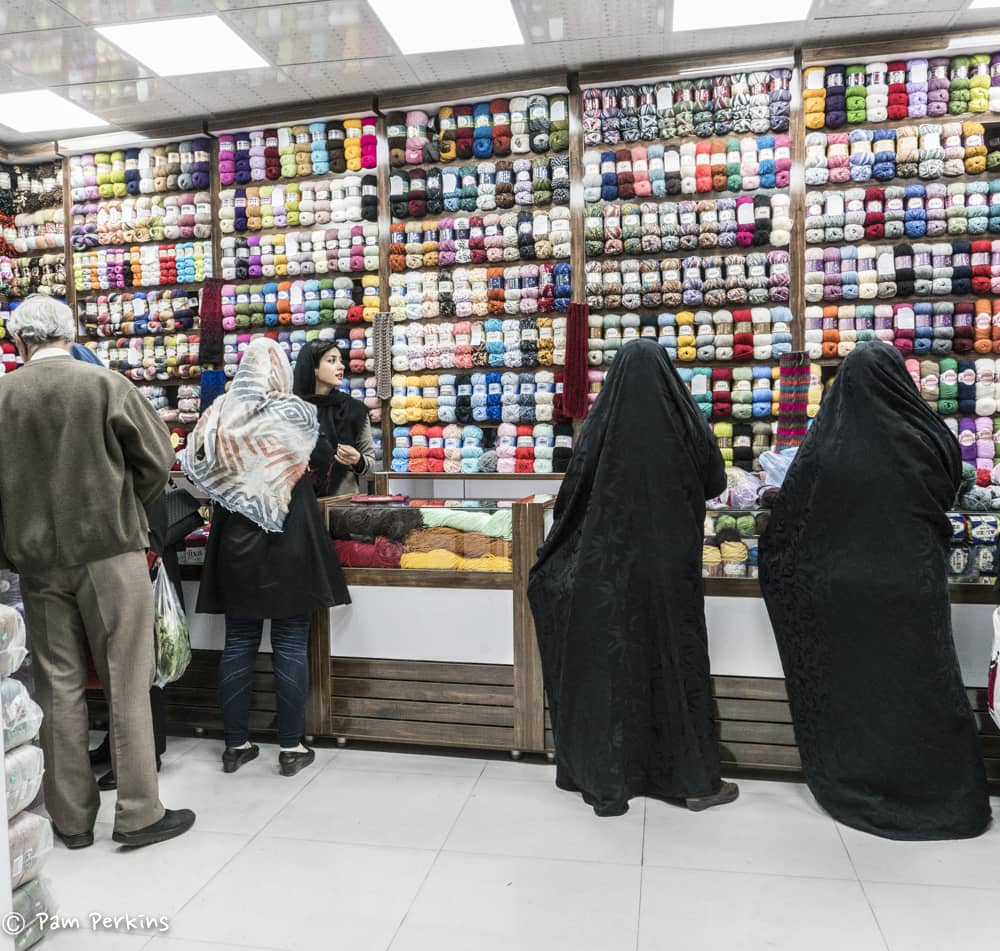 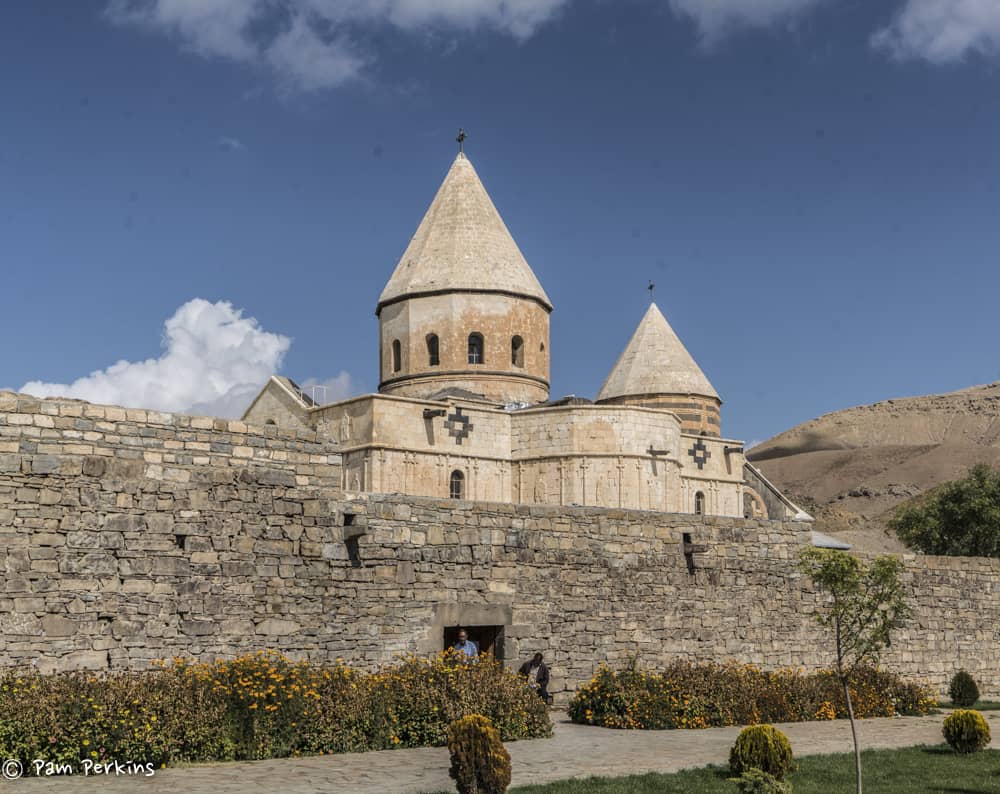 Next: Postcards From Iran: One Highlight After Another
Related Topics:ArmenianchildrenChristiansFarsihijabIranMuslimPam Perkinsphotography
Up Next

Castros Knock at the Door of Their 2020 Olympics Dream