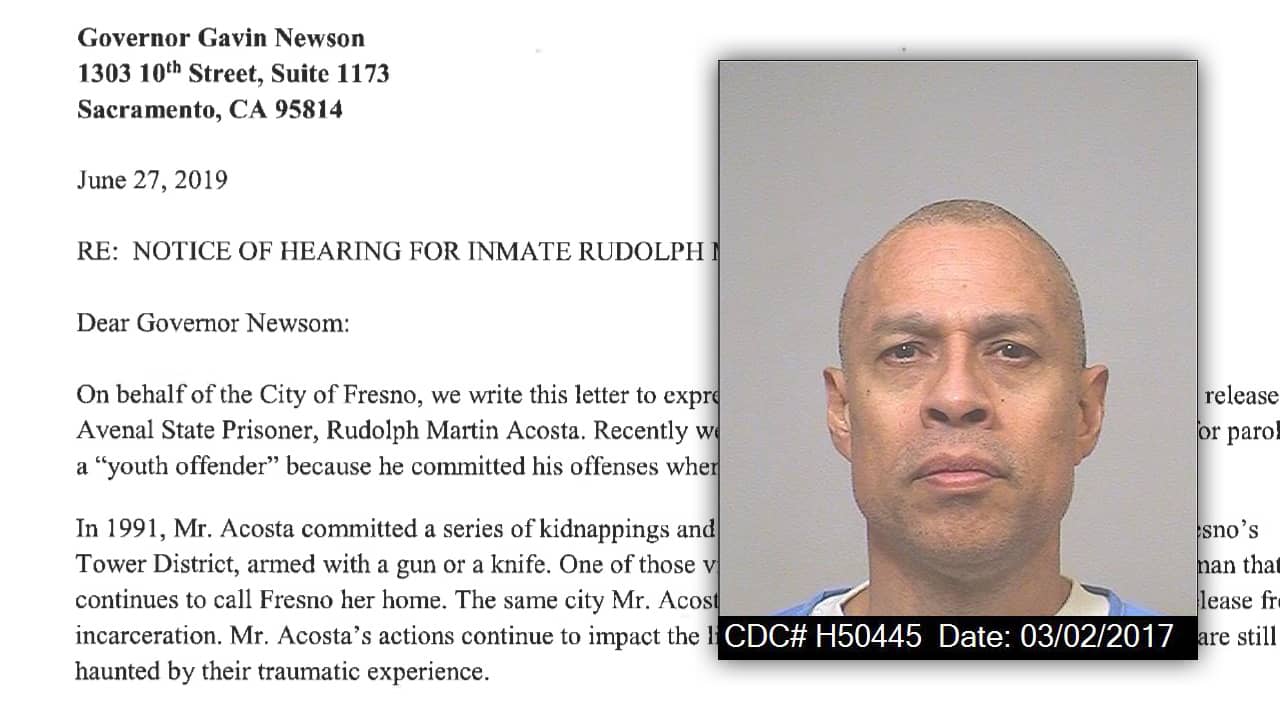 Facing broad opposition to his release from prison, the man known as the “Tower rapist” was a no-show at his parole board hearing this week. As a result, he will remain behind bars for at least three more years.
Rudolph M. Acosta, 53, waived his right to a full parole hearing Tuesday at Avenal State Prison, The Fresno Bee reported.  Acosta was convicted in 1992 to 78 years in prison after admitting to raping at least seven women and one teenage girl in the Tower District in Fresno.
As Acosta’s parole hearing approached, the Fresno City Council joined numerous agencies and people who filed letters opposing Acosta’s release.

All Council Members Signed a Letter to Newsom

According to the Department of Corrections and Rehabilitation, Acosta was eligible for parole as a “youth offender” because he committed his offense when he was 26 or younger.
All six Fresno council members signed the letter addressed to Gov. Gavin Newsom. “We urge you to take a stand against his early release,” the letter said.
At Tuesday’s hearing, Acosta was granted a stipulation of three more years in prison until his next parole hearing, The Bee reported.
Acosta did not attend the hearing, and said later he didn’t attend based on advice from his attorney.
In a statement Acosta read to the media after the hearing, Acosta said “I’m well aware of the devastating affect my crimes had on others. Had I foreseen the destructive path that would land me in prison for 28 years, I would have instead chosen a moral and decent life. I am very, very sorry.”

US to Set up Plan Allowing Prescription Meds From Canada