That’s the word from Raman Bath, who officially took over as Fresno County librarian on July 15.

Indeed, a consultant had suggested consolidating Mosequda into the Sunnyside regional library. Another suggestion: fold the Pinedale branch into the Politi branch library near Hoover High School.

But, in a July 9 presentation to the Board of Supervisors, Bath — in his former capacity as the interim county librarian — made it clear the doors will remain open at Mosqueda and Pinedale.

“(I am) not recommending any closures at this time,” Bath said. “It doesn’t make any sense.”

In addition, several supervisors chimed that they wouldn’t give the OK to close any branches or, as the consultant also suggested, replace branch libraries in Laton and Piedra with kiosks.

“Take that study and throw it into the garbage can, and do your own (study),” Supervisor Buddy Mendes told Bath. 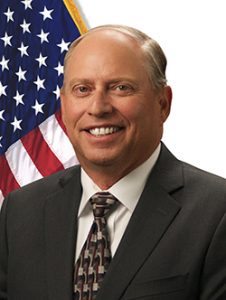 “Take that study and throw it into the garbage can, and do your own (study).” — Supervisor Buddy Mendes, speaking to Fresno County Librarian Raman Bath

Sal Quintero, who represents the district with the Mosqueda branch, pointed out that many residents wouldn’t be able to travel to the Sunnyside library.

“Sunnyside is quite a bit aways from Mosqueda,” Quintero said, adding that some residents can’t afford bus fare. “This is where we need to help — the communities with the greatest need.”

Responded Bath: “I agree with everything you say.”

Along with recommending that six branches be consolidated, consultant Architectural Nexus, Inc. suggested the county focus on constructing regional libraries of at least 16,000 square feet.

“Do we really need these 16,000-square-foot libraries now? We have some fantastic smaller libraries that are really serving the public well,” said Supervisor Steve Brandau.

A Closer Look at New Librarian

Bath had served as interim librarian since February following the retirement of Kelly Landano. He has worked 16 years in the county library system.

In addition, he has provided oversight of the San Joaquin Valley Library System. That group connects the collections of 10 Valley library jurisdictions, creating easy access to materials.

Early in his career, Bath worked in teen and adult programming at the Caruthers and Riverdale branches.

“I believe the public library’s responsibilities don’t end at our walls but extend anywhere our services are needed to everyone in the community,” Bath said.