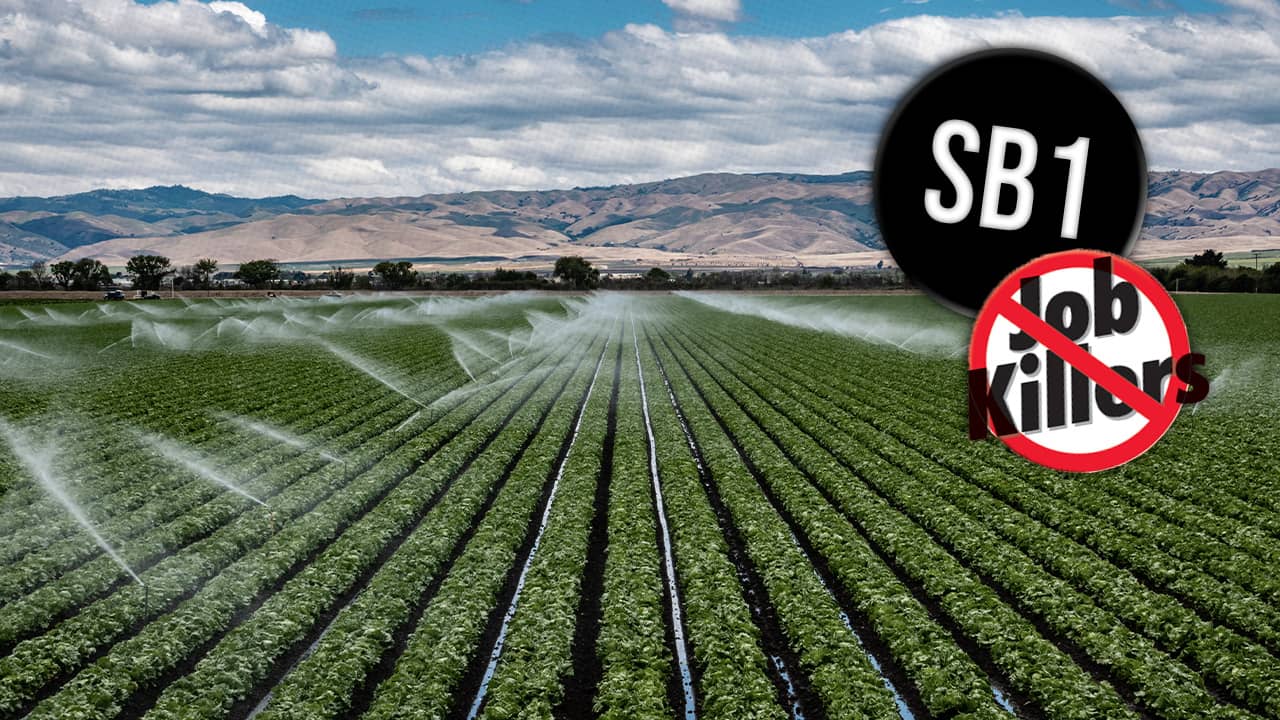 Bad legislation is bad legislation.
It doesn’t matter how many times you try to dress it up. Or bring it back with a new number.


SB 1 is not only redundant, anti-science, and a barrier to environmental progress, it would put a brake on California’s economy, too.
We’re talking about Senate Bill 1, which is officially titled the California Environmental, Public Health, and Workers Defense Act of 2019.
Senate President Pro Tem Toni Atkins (D-San Diego) says the bill is an “insurance policy against the exploitation of our natural resources and our people.”

But, at its heart, SB 1 is a highly flawed overreaction to a Trump administration that many state Democratic leaders and their environmental allies have called “anti-science.”

The Legislature approved SB 1 on the final day of the session and sent the bill to Gov. Gavin Newsom. The bill was vetoed by the governor on Sept. 27. 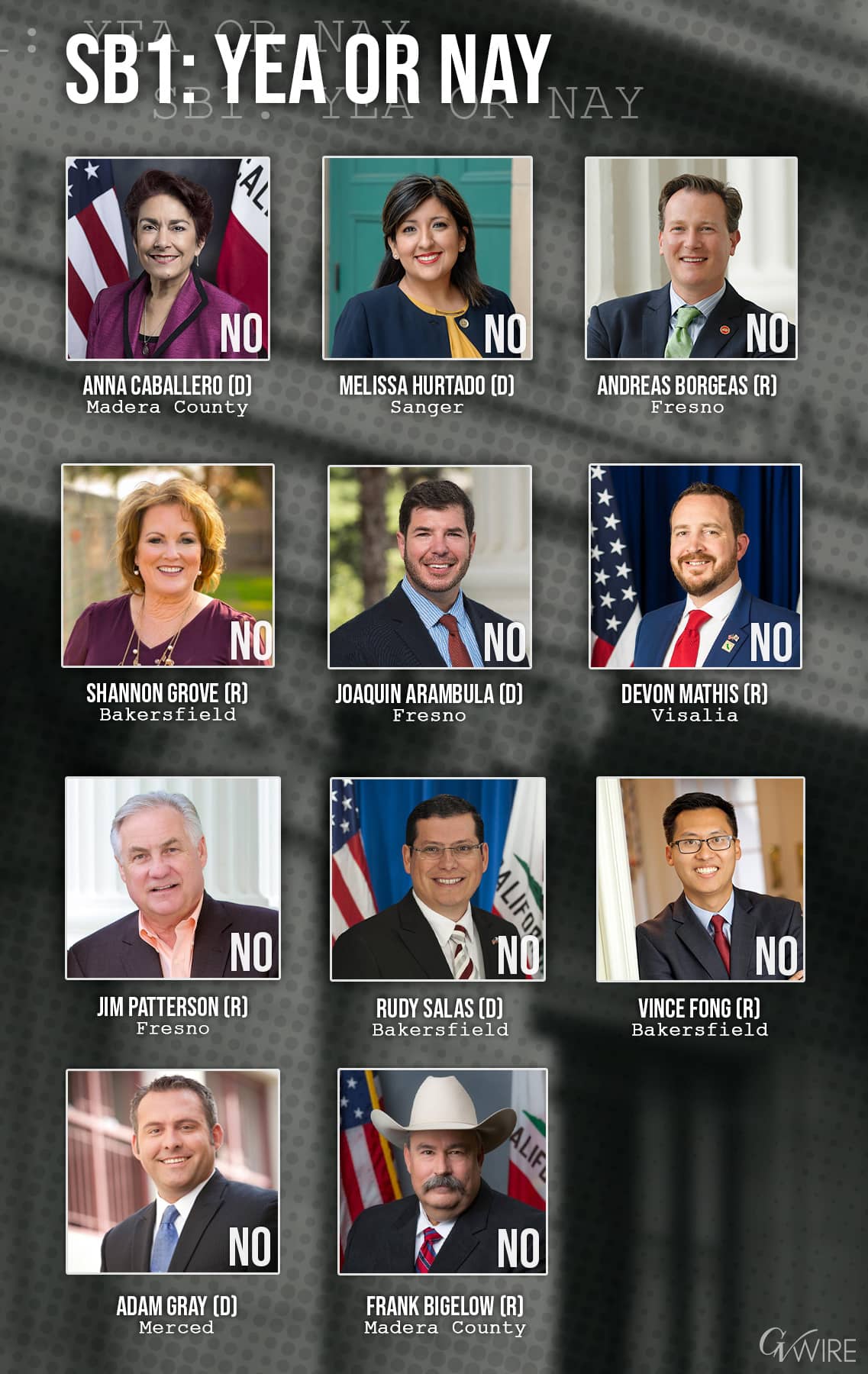 If it passes the Legislature and is signed by Gov. Gavin Newsom, the bill would empower state agencies to adopt rules and regulations that they determine are more stringent than federal rules and regulations adopted after Jan. 19, 2017.
For the record: Donald Trump was sworn into office Jan. 20, 2017. That’s not a coincidence.
This bill has little to do with ensuring clean water and air, protecting wildlife, and standing up for workers. The real goal is to provide a legislative vehicle for Democratic lawmakers to polish their “Trump resistance” credentials ahead of the 2020 elections.
We are confident in saying that because many of California’s environmental and labor protections already are more stringent than their federal counterparts. Moreover, California has ample tools to fend off unwise decrees from the Trump administration.


This bill has little to do with ensuring clean water and air, protecting wildlife, and standing up for workers. The real goal is to provide a legislative vehicle for Democratic lawmakers to polish their “Trump resistance” credentials ahead of the 2020 elections.

One big problem with SB 1 is that it would wipe out the gains the scientific community has made since 2017 in understanding what has contributed to the decline of the Sacramento-San Joaquin River Delta. This new knowledge is opening the door to helping imperiled fished populations such as salmon while freeing water for cities and industries, including agriculture
“Over the last 30 years, several fish species have continued to decline despite significant expenditures and diversion curtailments mandated by Endangered Species Act rulings,” writes Rick Gilmore, general manager of the Byron-Bethany Irrigation District spanning Alameda, Contra Costa, and San Joaquin counties.
“New procedures and agreements (negotiated by the Brown administration), which incorporate new species management science, are currently being incorporated and scrutinized by the federal and state fish agencies. These updated methods should be deployed and evaluated rather than stymied and derailed. The new science and better practices present the best available option for species recovery.”

And, although Atkins says revisions have allayed fears that voluntary environmental agreements praised statewide won’t be handcuffed by SB 1, the bill’s opponents rightfully continue to be skeptical of such claims.

Bill Is a ‘Job Killer’

SB 1 is not only redundant, anti-science, and a barrier to environmental progress, it would put the brakes on California’s economy, too.
“Due to costs and anticipated litigation associated with SB 1, companies doing business in the state would be hard-pressed to hire more workers or expand California operations,” says the California Chamber of Commerce, which calls the bill “a job killer.”

Earlier Version Died, So Should This One

Two years ago, then-state Senate President Pro Tem Kevin de León pushed SB 49, a bill nearly identical to SB 1. Just like Atkins’ bill, it passed the upper house. However, de León’s version nose-dived in the Assembly.
SB 1 deserves the same fate. It’s flawed legislation driven by a knee-jerk reaction to President Trump. And it’s bad for California — especially those inland regions, like the Valley, that Newsom has promised to help.
Newsom should weigh in immediately to fix SB 1’s substantial flaws. If it reaches his desk without those revisions, he should veto it.
— Written by Bill McEwen