Watermelons Are In, Piglets Out at County Fair Event for Kids 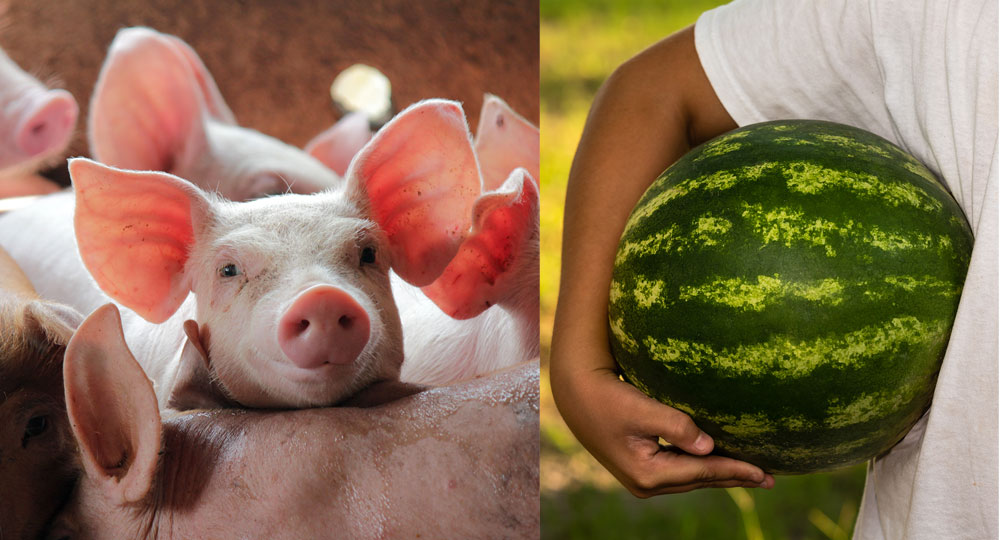 Piglets are out and greased watermelons are in, as a long tradition disappears at a county fair in Northern California.

The Big Fresno Fair doesn’t have an event like the pig scramble. Its closest comparison are pig races, conducted in a closed track.
The Clovis Rodeo features “mutton bustin’,” in which children try to ride full-grown sheep.

‘The Jury’s Still Out’

Farmers Day at the fair, held in Santa Rosa, has seen attendance decline in recent years. Rob Muelrath, president of the fair board, told the Press Democrat he wasn’t sure the watermelon event would be the ticket for boosting attendance.
“The jury’s still out,” he said. “We’ll see how many kids are interested.”
Gemma Vaughan, a caseworker for People for the Ethical Treatment of Animals (PETA), applauded the Sonoma County Fair’s decision.
“It shows there’s always a creative option to animal cruelty,” Vaughan told the Press Democrat.
(GV Wire contributed to this report.)

Porterfield Funeral Is Set for Monday in Clovis