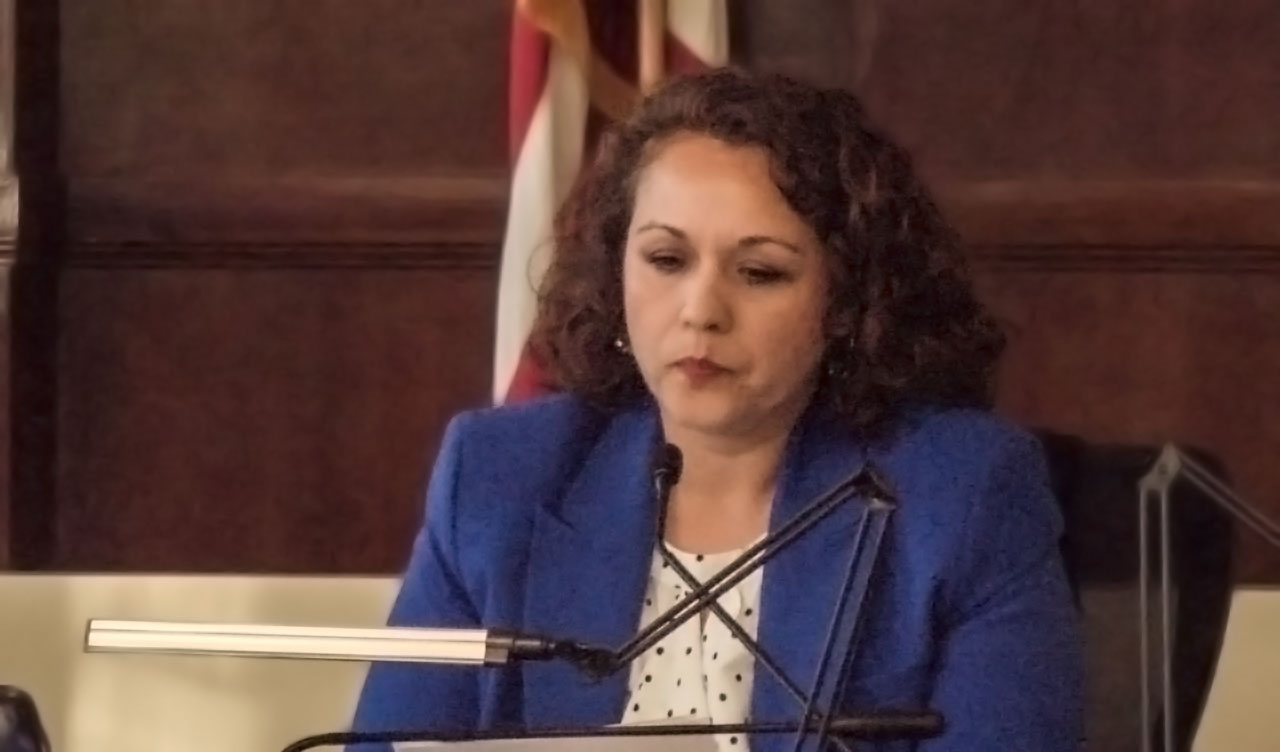 The only thing that approached the heat of the special Fresno Unified school board meeting dealing with trustee Terry Slatic was the temperature outside Thursday.
Nearly 30 people from the public spoke at a meeting called to discuss Slatic’s behavior at his meeting with the Bullard High School cheer team. All but one opposed him.
In the end, the board voted to sanction Slatic, with a formal censure to be voted on next month. The board also required that Slatic be accompanied by an escort on visits to Bullard.
Claudia Cazares, the school board president, presided over the meeting and joined the public in expressing disapproval of Slatic’s actions.
“Mr. Slatic, your lack of dignity, your disregard for your board authority, your disregard for the women on this board, and my personal knowledge of your temper tantrums and aggression, lead me to believe we are within our rights to limit to your access to our students and our staff,” Cazares said from the dais.
She added that senior staff didn’t attend the meeting because they were afraid of Slatic.

At the beginning the board meeting, as she does at every meeting, board clerk Carol Mills read a civility warning to one and all.
The warning basically asks people not to disrupt speakers or board members. As a consequence, a disrupter could be removed from the meeting without further warning.
There were instances of yelling from the audience throughout the meeting. At times, Cazares tried to calm outbursts and keep things focused on Slatic’s cheerleader meeting. 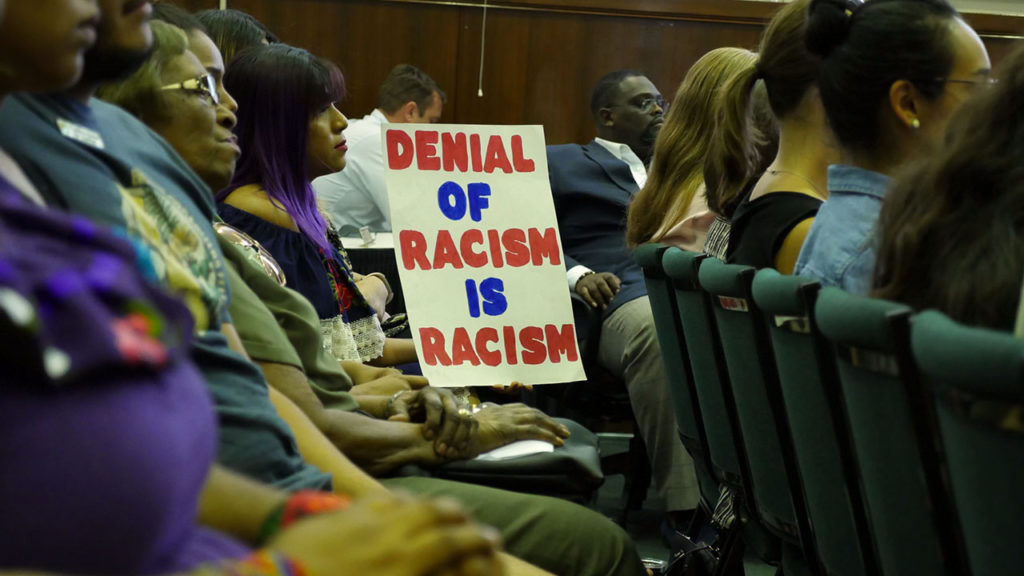 Speakers accused Slatic of being a bully and challenged his mental competency. One parent made a veiled physical threat.
Cazares said a meeting like this has been a long time coming.
“We’ve been trying to address this for the past seven months. The idea for the meeting was to make sure trustee Slatic understood we hold him accountable for his actions,” Cazares said. “He needs to change. It is not acceptable.”

Cazares noted it was hard to keep order.
“It was very difficult. But, as a parent and a mom of kids, I feel for them. If I were in their place, I would act the same way. I would say the same things. I would be just as mad,” Cazares said. “The purpose of the meeting was to hear them, and they were mad. And they needed to let us know.”
As far as the insults and harsh tone, Cazares said it wasn’t adhered to July 10, the day Slatic met with the cheerleaders. She also referred to Slatic’s physical altercation last January with a Bullard student.
“Even though I tried my best to tell people to calm down, I think calling somebody a bully isn’t an attack. It is what your actions are that call for somebody to call you a bully,” she said.