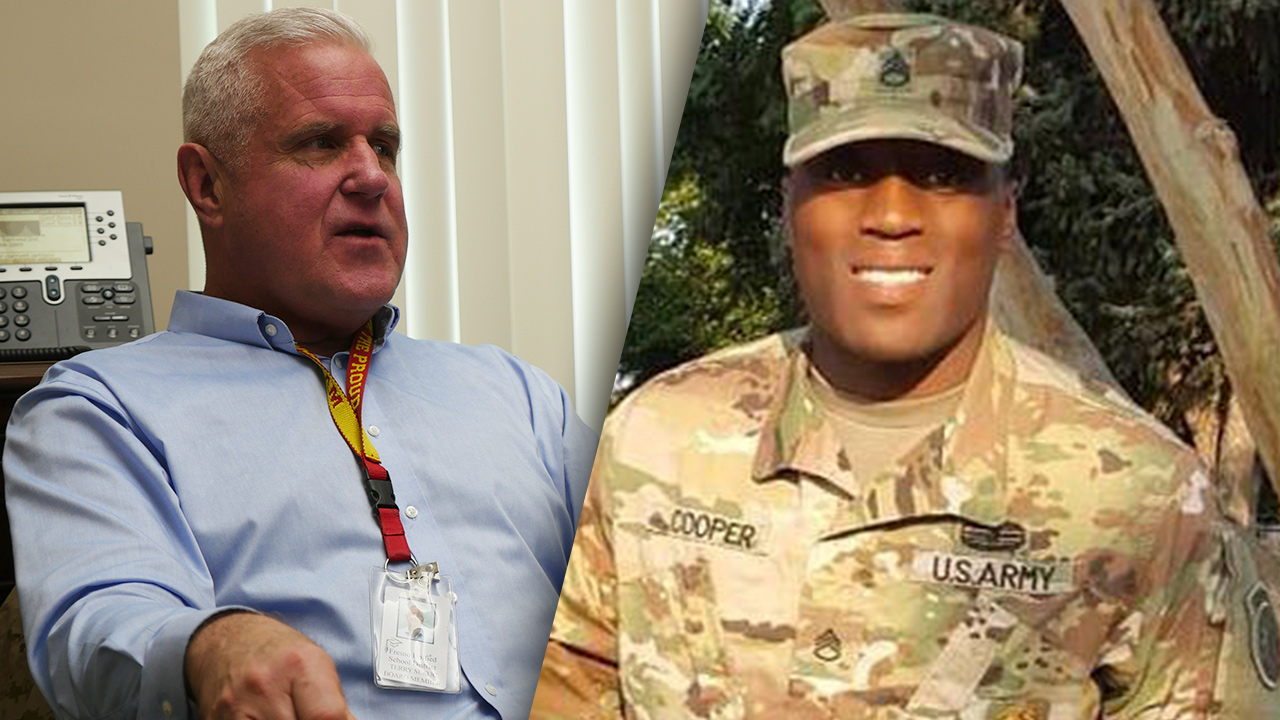 A tense confrontation between an on-campus Army recruiter and Fresno Unified board member Terry Slatic, a retired Marine officer, was conduct unbecoming a trustee. However, Slatic’s actions didn’t rise to the level of racial discrimination, concludes an investigative report commissioned by the school district.
An independent investigator hired by Fresno Unified’s law firm looked into a Jan. 7 incident at Bullard High School. Slatic — then in his first month as the trustee representing the Bullard area — had a confrontation with Staff Sgt. Jeremy Cooper after they happened to meet at the school’s office.
The results of the investigation were released Friday afternoon.

Cooper, who is black, filed a formal complaint three weeks later alleging that Slatic harassed him, belittled him and talked to him “like a child.” Cooper, in an interview with investigators, said Slatic’s behavior might be racially motivated.

A 173-page report by the law firm Adams Silva & McNally LLP found Slatic violated board policies for management oversight, governance standards, and limits of authority for trustees. It called Slatic’s interaction with Cooper “confrontational and aggressive.”

However, the report concluded Slatic did not racially discriminate against Cooper. The report pointed out that Cooper also said, “Slatic’s conduct may have been motivated by the fact that SSG [redacted] is a member of the Army, whereas Trustee Slatic was a Marine.”

New Investigator for Next Slatic Probe

At Thursday’s special board meeting called to investigate Slatic’s controversial meeting with Bullard cheerleaders, trustees approved an investigation into what happened there.
As part of her motion, trustee Carol Mills requested that the district hire an investigator it hasn’t previously used.
“This is so that we can have a report that is completely impartial,” Mills said.
Mills also pointed out that, in addition to its approved list of investigation firms, the district often hires attorneys to conduct investigations.

Slatic and Cooper had a chance meeting Jan. 7 at the Bullard High administration office. Slatic asked Cooper what “his purpose” was for being on campus, and repeated the question after not getting a satisfactory answer, the report said.
Tensions escalated between the two, with Slatic allegedly threatening to ban the recruiter from campus. Slatic also berated the recruiter to Cooper’s superior officers.
Cooper, who was interviewed five times by investigators, said he made his formal complaint “because he was concerned that trustee Slatic may treat students in a similar manner.”
During the incident, Slatic asked Cooper repeatedly why he was on campus. Slatic became agitated and started yelling, using the term “shut your mouth” multiple times, Cooper told investigators. Slatic also threatened to have Cooper “banned” from Bullard High, Cooper said.
When Cooper called his supervisor on a phone, Slatic demanded to talk to the supervisor, and said Cooper was “really showing his ass,” the report says.

The report says Cooper “presented as a credible witness,” while Slatic was “not credible throughout” during his interview with the investigative firm.


The report says Cooper “presented as a credible witness,” while Slatic was “not credible throughout” during his interview with the investigative firm.
The investigator questioned Cooper, Army Capt. Aaron Raidt, Slatic, and Bullard principal Carlos Castillo for the report. Raidt was Cooper’s commanding officer at the time.
Raidt told the investigator that Slatic “became belligerent and loud” during a phone call the day after the incident. Raidt alleged Slatic used profanity and threatened to ban recruiters from all high schools if the captain did not meet with him. Despite attempts to set up a meeting, it never happened, Raidt said.
Castillo said Slatic spoke to him shortly after the incident to say Cooper had treated him with disrespect. The principal also spoke that day to Cooper, and assured him he would not be banned from the school.  Cooper told Castillo “he believed trustee Slatic’s conduct was related to his race” and that he had been harassed.

Investigator: Slatic Was ‘Confrontational and Abrupt’

When the investigator met with Slatic, the trustee insisted the meeting be recorded. Slatic was described as “was confrontational and abrupt” during the interview.
While Slatic answered questions with “ a very high degree of detail,” it “appeared to be designed to prove … he was calm during the incident and had the right to ask (Cooper) the questions,” the report says.
Slatic said he asked Cooper to provide details about what he does on campus. When Cooper asked Slatic wanted to know, Slatic said he was a board member and it was his responsibility to know.


Related Story: Slatic Must Shape Up or Face Getting Shipped Out

Slatic said he cut off Cooper numerous times during the conversation, but that Cooper also cut him off. Slatic also said “that if he did not understand what SSG (redacted) did on campus, he would ask the principal not to allow him on campus until he obtained such an understanding,” according to the report.
Slatic said he may have told the recruiter he would be banned from campus.
The trustee said he did not use profanity in his phone conversation with Raidt. According to Slatic, the captain told him Cooper had a history of being defensive.