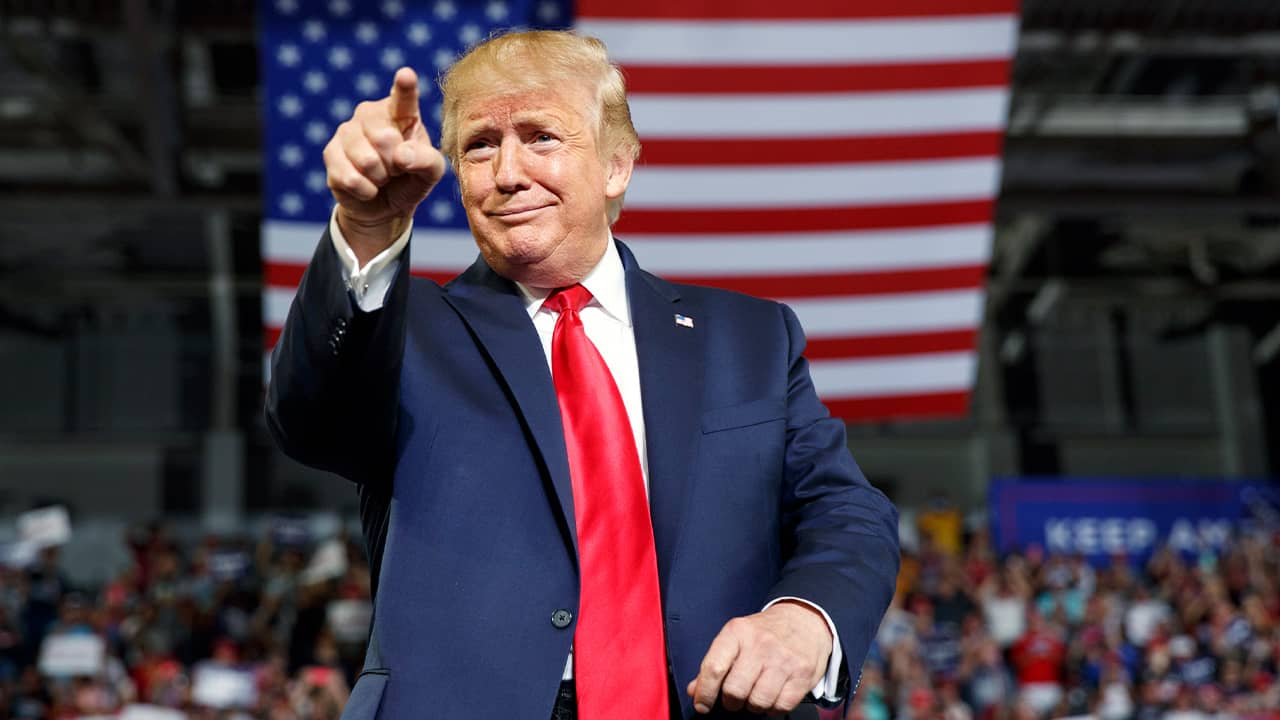 WASHINGTON — A few Republicans on Thursday criticized the chants of “send her back” by President Donald Trump’s rally crowd after he assailed a young Democratic congresswoman who he’s suggested should leave the U.S.
But so far, no GOP lawmakers are directly taking on Trump, who did nothing to restrain his supporters’ cries and paused as he appeared to drink in the uproar.
The muted reactions by congressional Republicans followed a pattern that’s become familiar after numerous incidents in Trump’s presidency when he’s made antagonistic or racially provocative comments.
At a Wednesday campaign rally in Greenville, North Carolina, Trump tore into four progressive freshman congresswomen who last weekend he tweeted should return to their native countries if they “hate America.” Of the four, who strongly oppose many of Trump’s policies, one is black, one is Hispanic and two are Muslim. All are American citizens, and three were born here.
As he recited a litany of complaints about Rep. Ilhan Omar of Minnesota, who fled to the U.S. as a child with her family from violence-wracked Somalia, Trump’s supporters chanted, “Send her back!”
House Minority Leader Kevin McCarthy, R-Calif., told reporters that such cries “have no place in our party and no place in this country.”
But McCarthy, a staunch Trump ally, said the president’s aversion to Omar is based on ideology, not race. 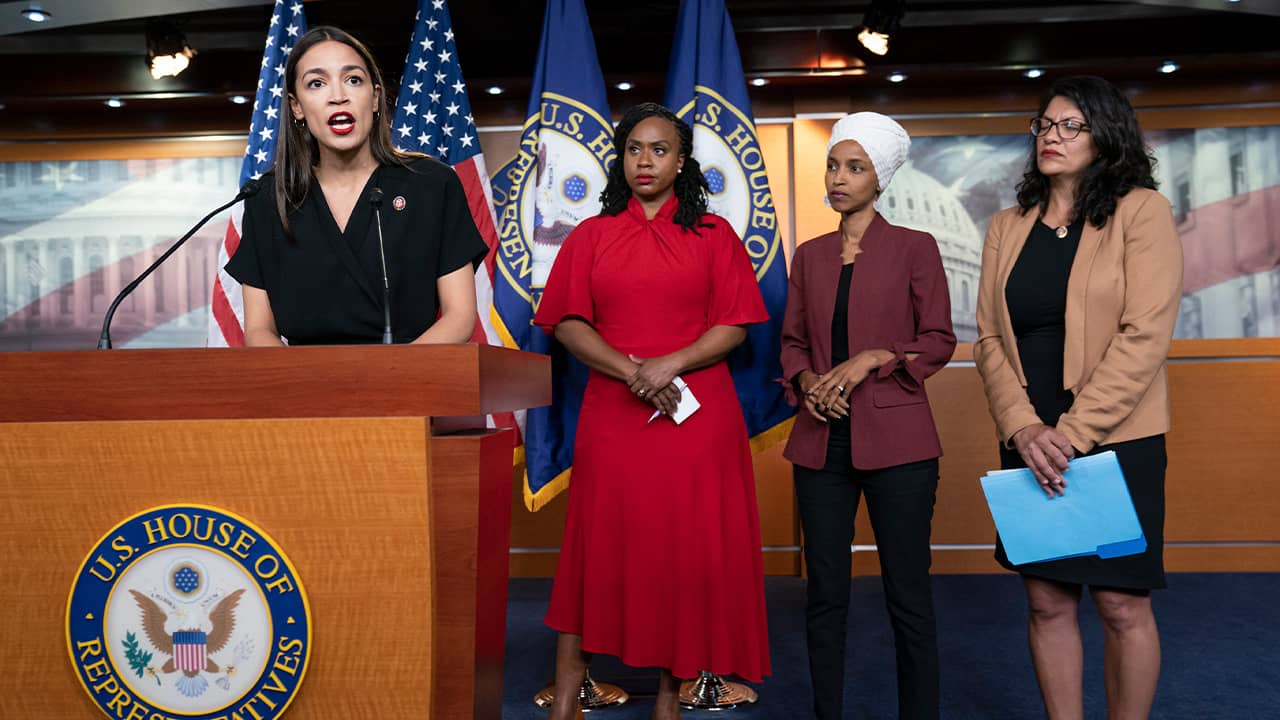 From left, Rep. Alexandria Ocasio-Cortez, D-N.Y., Rep. Ayanna Pressley, D-Mass., Rep. Ilhan Omar, D-Minn., and Rep. Rashida Tlaib, D-Mich., respond to remarks by President Donald Trump after his call for the four Democratic congresswomen to go back to their “broken” countries, during a news conference at the Capitol in Washington, Monday, July 15, 2019. All are American citizens and three of the four were born in the U.S. (AP Photo/J. Scott Applewhite)

Trump Has Also Been Criticizing Other Democratic Reps

“This is about socialism vs. freedom,” he said, a refrain Republicans are increasingly using as they begin trying to frame their offensive against Democrats for the 2020 presidential and congressional campaigns.


“What he was trying to say is that if you don’t appreciate this country, you don’t have to be here. That goes for every one of us. It has nothing to do with your race, your gender, your family history. It has to do with respecting and loving the country that has given you the opportunities which you have.” — Rep. Tom Emmer, who heads the House GOP’s campaign organization
GOP Rep. Adam Kinzinger of Illinois tweeted that the “send her back” chant was “ugly, wrong, & would send chills down the spines of our Founding Fathers. This ugliness must end, or we risk our great union.”
Rep. Tom Emmer, who heads the House GOP’s campaign organization, told reporters, “There’s no place for that kind of talk. I don’t agree with it.”
But he defended Trump, saying there isn’t “a racist bone in this president’s body” and asserting that Trump “said wrong” what he actually meant.

“What he was trying to say is that if you don’t appreciate this country, you don’t have to be here. That goes for every one of us. It has nothing to do with your race, your gender, your family history. It has to do with respecting and loving the country that has given you the opportunities which you have.”
Senate Majority Leader Mitch McConnell, R-Ky., said on Fox Business News that it’s time to “lower the rhetoric” about racism. He did not mention the crowd’s chants or Trump’s acceptance of them.
Besides Omar, Trump has also been criticizing Democratic Reps. Alexandria Ocasio-Cortez of New York, Rashida Tlaib of Michigan and Ayanna Pressley of Massachusetts.
The Democratic-led House voted Tuesday to condemn Trump’s tweets as racist. On Wednesday, it rejected an effort by one Democrat that was opposed by party leaders to impeach Trump.
Related Topics:congresswomanGOPIlhan OmarPresident Donald TrumpraceRep. Alexandria Ocasio-CortezRepublicansuproar
Up Next