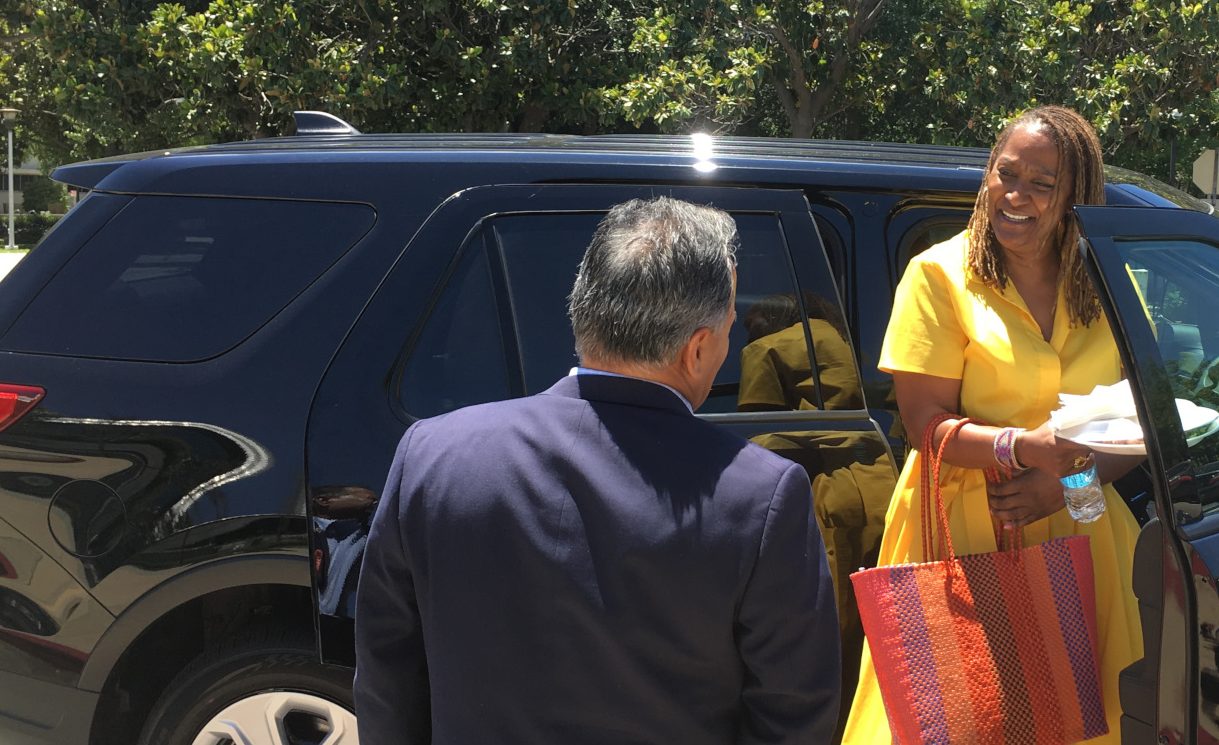 Holly Mitchell had a simple motivation in crafting a law to ban discrimination against natural hairstyles like hers.
“Racism,” the state senator from Los Angeles said during a recent stop in Fresno. Mitchell is black, and wears her hair in braids.
Earlier this month, Gov. Gavin Newsom signed Mitchell’s CROWN Act. The acronym stands for Creating a Respectful and Open Workplace for Natural hair.
The act, based on Mitchell’s Senate Bill 188, prevents employers and schools from discriminating against hairstyles such as braids, dreadlocks and twists. Those natural styles would be added to Afros, the only hair choice protected by federal law. 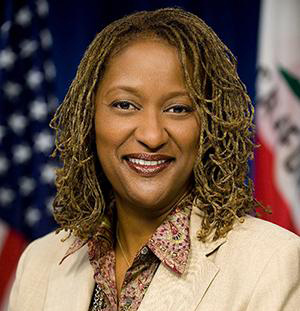 “My constituents elected me for what’s inside my head, not how I wear my hair.” — State Sen. Holly Mitchell

“My constituents elected me for what’s inside my head, not how I wear my hair,” Mitchell said.
Negative attitudes about cultural hairstyles come from “a lack of understanding about cultural uniqueness and a perception that because my hair isn’t straight and I don’t follow a Eurocentric model of what’s professionalism, then I don’t have the right to wear my hair as I chose in the workplace,” Mitchell said. “It comes from racism.”

The Fresno area’s two largest school districts, which have a history of strict enforcement of restrictive hairstyle codes, say they are in compliance with the new law.
For Fresno Unified School District, a 2018 incident led to a policy change. Parent Erika Paggett said the district discriminated against her son when he was suspended for his hairstyle. He had lines shaved into the side of his head. Staff at Tenaya Middle School said the hairstyle was a distraction.
After taking her case to the media, and with support from the ACLU, the district changed its policy. A district spokeswoman said its current dress code complies with the CROWN Act.

“Over a year ago we began the work of revising the district dress code, including student hairstyles.  We were ahead of SB 188,” Amy Idsvoog said.
“The CROWN act will protect black people from being discriminated against for their natural hair, a practice which is rooted in a long history of white supremacy. Recent incidents at Fresno Unified in which black students have been punished for their hair demonstrate how necessary this law is,” ACLU attorney Abre’ Conner said.
Clovis Unified, long known for enforcement of a strict dress code, relaxed its rules not long after a 2016 case in which student William Pleasant fought to keep a longer hairstyle. The district, facing strong public pressure on both sides of the issue, initially stood its ground. But it eventually relented, removing gender-specific language from its dress code.
The district says it also is aligned with the CROWN Act.
“We’ve been following this law since the legislation was first introduced, and do not anticipate needing to make any changes to our existing policies,” district spokeswoman Kelly Avants said. “Our current dress code and the allowances it includes for cultural and religious exceptions meet the standards included in SB 188.”

When Newsom signed the bill, he referenced an incident in New Jersey that received national attention last year. A high school wrestling referee forced a competitor to cut his dreadlocks in order to compete.
An official the California Interscholastic Federation, which sanctions the state’s high school sports, said there are guidelines for hair in the state’s wrestling rules, but he doubted what happened in New Jersey could happen here.
“It has nothing to do type of hair, it has to do with the length,” said Brian Seymour, CIF senior director. In the case of the New Jersey wrestler, a hair covering or cap would have sufficed.
“We’ve had that rule in place for many, many years. So there won’t be any change for us, whatsoever,” Seymour said. “Lack of communications (in New Jersey) really caused that to spiral out of control.”
Seymour noted that thousands of high school girls with long hair compete in wrestling, along with boys wearing cornrows or dreadlocks.
“We don’t anticipate having any issue in the future,” he said.