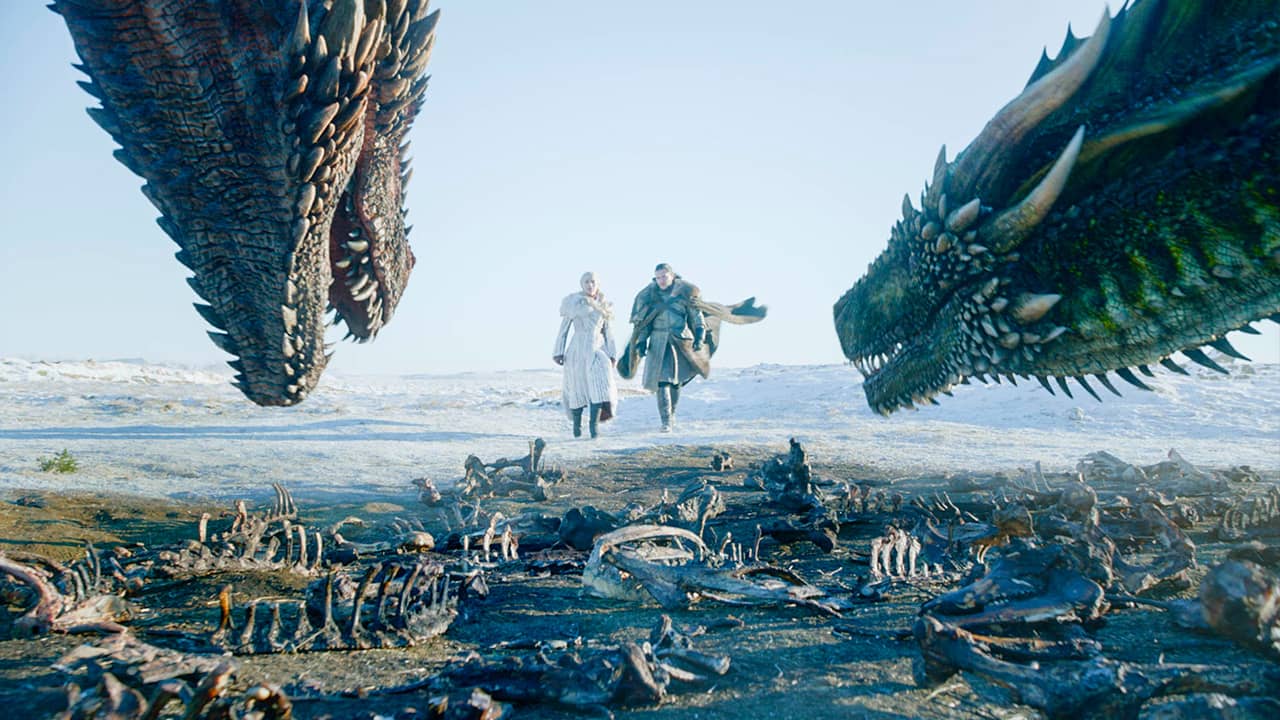 LOS ANGELES — HBO’s “Game of Thrones” slashed its way to a record-setting 32 Emmy nominations Tuesday for its eighth and final season, leading HBO back to dominance over Netflix, the streaming service that bumped it last year from atop the increasingly crowded television heap.
The bloodthirsty saga’s total eclipsed the all-time series record of 27 nods earned by “NYPD Blue” in 1994.
If “Game of Thrones” successfully defends it best drama series title and claims a fourth trophy, it will join the quartet of most-honored dramas that includes “Hill Street Blues,” ”L.A. Law,” ”The West Wing” and “Mad Men.”
The Emmy voters’ acclaim stands in sharp contrast to fan reaction to the show’s last hurrah, which included howls of laughter for a to-go coffee cup inadvertently included in one scene and a finale that detractors called unsatisfying. But the show’s ratings never faltered for the series based on George R.R. Martin’s novels, setting new highs for HBO.
A wealth of recognition for the cast and guest stars, including the show’s only previous winner, Peter Dinklage with three awards, helped “Game of Thrones” add to its already record haul of nominations, now at 161 total.
Series star Emilia Clarke’s decision to seek a best actress nomination after a series of supporting actress bids paid off. She’s competing in a category that’s notable for its diversity, including past winner Viola Davis for “How to Get Away with Murder” and repeat nominee Sandra Oh for “Killing Eve,” who has another chance to become the first actress of Asian descent to win the trophy. She lost last year to Claire Foy for Netflix’s “The Crown.”

The Rest of the Drama Series Field

Two actors of color, Billy Porter for “Pose” and previous winner Sterling K. Brown for “This Is Us,” earned drama series nods.

There was no warm and fuzzy goodbye for “The Big Bang Theory,” the long-running sitcom that failed to capture a best comedy nod or any for its actors. The show has company in other hit sitcoms of the past: Neither “Friends” nor “Frasier” were nominated for best series for their final year, both in 2004.
TV academy members’ out-with-the-old approach created openings for a number of buzzy comedy newcomers and their stars and creators, including Phoebe Waller-Bridge’s “Fleabag” and Natasha Lyonne’s “Russian Doll.” Other best comedy contenders include “Barry,” which won acting trophies last year for Bill Hader and Henry Winkler, and sole network entry “The Good Place.”
A surprising entry: the quirky “Schitt’s Creek,” which received its first best comedy series nomination for its penultimate season and bids for stars Eugene Levy and Catherine O’Hara.
Other top nominees include the nuclear disaster miniseries “Chernobyl” with 19 nominations and “Saturday Night Live,” which drew on Robert De Niro’s talents to play Robert Mueller last season, with 18. “When They See Us,” the miniseries that dramatized the Central Park Five case and its aftermath, received 16 bids.
“Thank you to the real men for inviting me to tell their story,” tweeted Ava DuVernay, executive producer of “When They See Us.”

A Significant Drop in Diversity

The leading miniseries nominee is “Fosse/Verdon,” the biopic about dancer Gwen Verdon and choreographer Bob Fosse that earned 17 bids, including the first Emmy nominations for stars Michelle Williams and Sam Rockwell.

Fans Descend on San Diego for the 50th Comic-Con