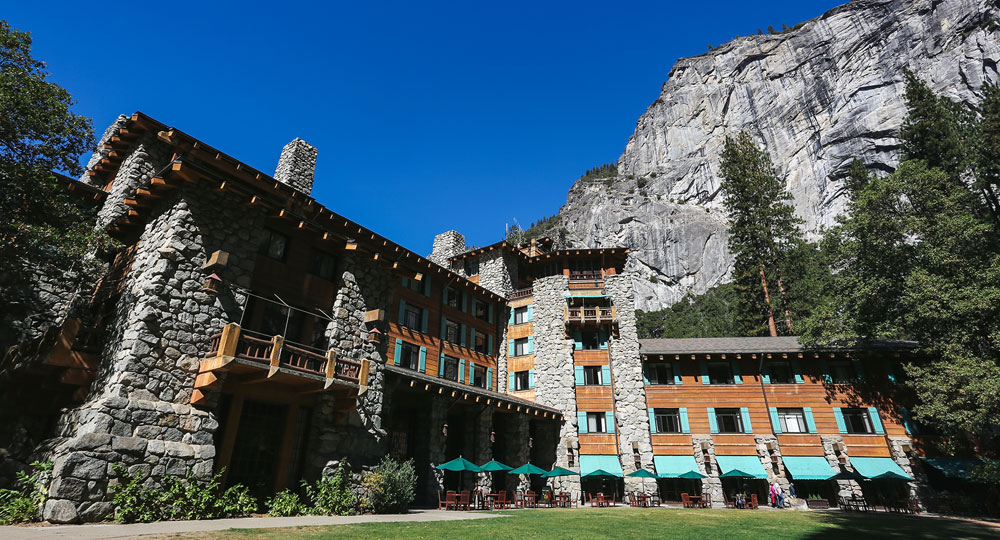 The Ahwahnee Hotel is coming back. Under a settlement of a drawn-out trademark dispute announced Monday, the names of several Yosemite National Park landmarks will be restored.
Delaware North, the former concession vendor which claimed it owned “intellectual property” rights to the names, settled with the parks service and with the current vendor, Aramark, which operates in the Sierra park as Yosemite Hospitality.
Under terms of the settlement, all contractual disputes between Delaware North, the park service, and Aramark are settled. The settlement also “provides payments to Delaware North,” according to a park service news release, which didn’t provide monetary amounts.

The legal standoff, which began in 2014, affected not just the Ahwahnee — which has since been called The Majestic Yosemite Hotel — but Curry Village (renamed as Half Dome Village), Wawona Hotel (Big Trees Lodge), Badger Pass Ski Area (Yosemite Ski & Snowboard Area), and Yosemite Lodge at the Falls (Yosemite Valley Lodge).
The National Park Service looks forward to the restoration of some of the previous names of the properties at Yosemite, including the Ahwahnee hotel, and the resumed use of other trademarks in connection with concessioner activities at Yosemite,” the park service said in a statement. “Any changes to the current names of properties at Yosemite National Park following this settlement will be based upon a schedule to be determined by Aramark and the National Park Service.”