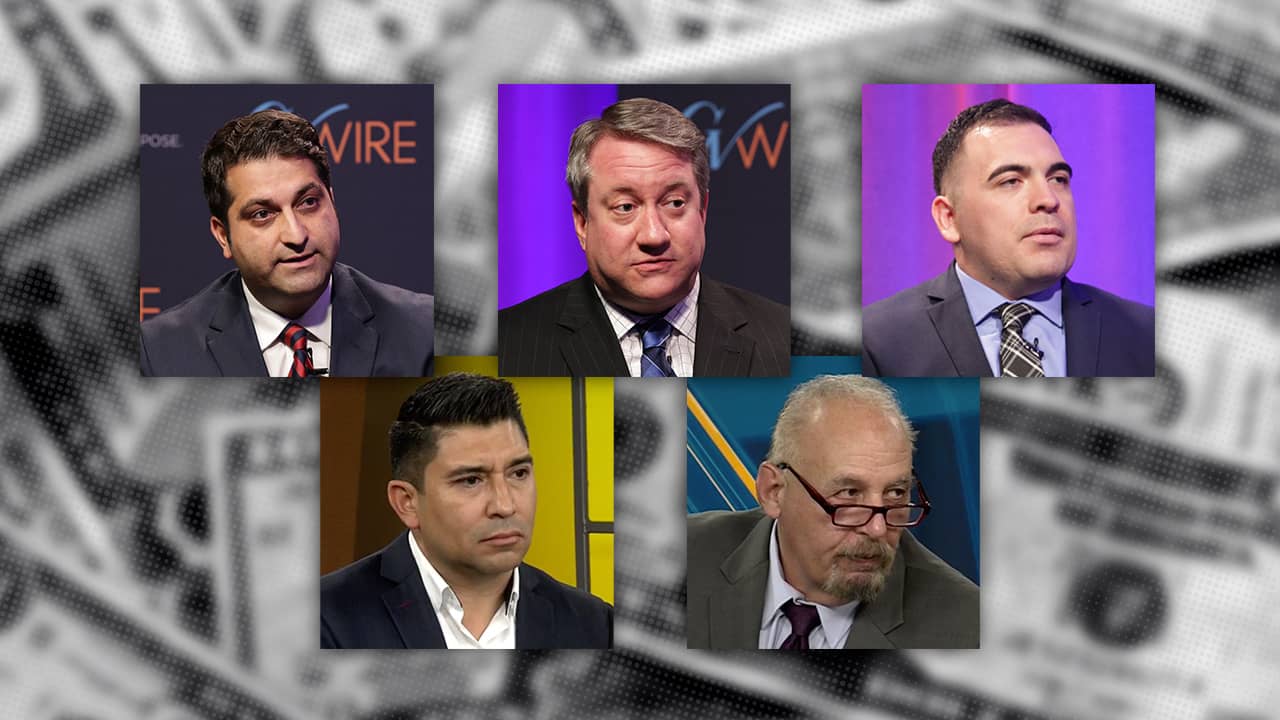 Mike Karbassi is the leader in campaign contributions for next month’s special election for the Fresno City Council. The latest figures show Karbassi has raised approximately $140,000, nearly double the amount reported by any other candidate.
The special election to fill the vacant seat representing northwest Fresno is Aug. 13.
His closest fundraising rival, Lawrence Garcia, reported nearly $73,000 in contributions including $50,000 in loans to himself.
Four of the five active candidates in the race filed what is known as Form 460, which totals campaign contributions from Jan. 1, 2019 through June 30. The deadline to file, set by the state Fair Political Practices Commission, was July 5.
The city clerk’s office shows that Karbassi, Lawrence Garcia, Jared Gordon, and Oscar Sandoval filed by the deadline.

Felipe Arballo, who qualified for the ballot but later announced his withdrawal from the race, also filed.
One candidate, George Herman, did not submit paperwork on time, according to the city clerk’s online webpage.
The penalty from the state Fair Political Practices Committee is $10 for each day the report is late.

A Deeper Look at the Contributions

Garcia: Not Beholden to Donors

“I think it can be won without those supporters. This is about voters voting for the right person, not necessarily the developers funding the right candidates,” Garcia said.
Still, Garcia has received contributions from developers and property managers as well such as Beal Developments ($1,000), Dirk Poeschel Land Development Services, Inc. ($500), and Brad Hardie, president of Regency Property Management ($500).
Sandoval raised $1,070, spending $998 — mostly on signs and literature. He has $71 in cash remaining.
Arballo spent all the money he raised, mainly on traditional campaign activities such as consultants, accounting, and literature.

A look at how much the active candidates paid in the first six months for consultants/strategist (i.e. campaign managers/publicists, etc.):

Update, 7/09/19
After this story originally published, candidate George Herman said his campaign raised $1,769 thus far. He intends to file the appropriate paperwork with the city.

Tariffs and Bee Research Cuts. How Will Trump Hit Farmers Next?