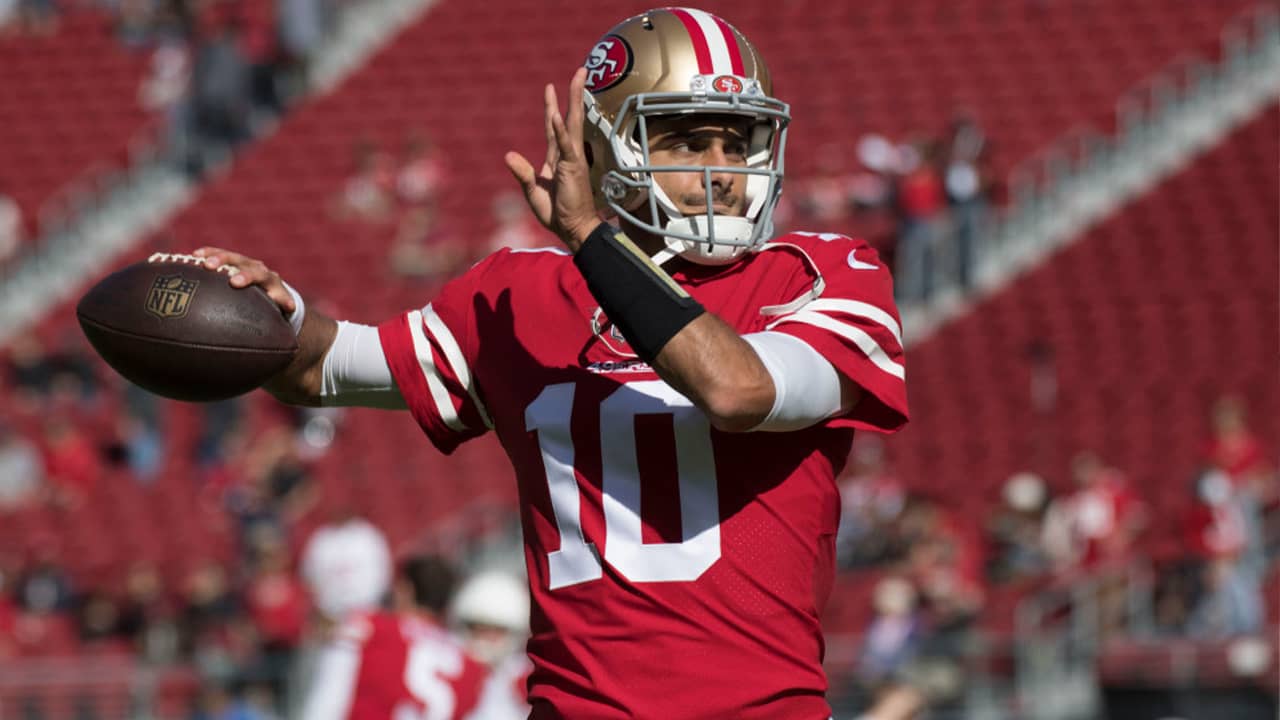 “It’s nice to have him see you throw and see if he has any little things to fix up or anything you haven’t thought about that he thinks can help you. Quarterback is a very unique position and a lot goes into it. There are a lot of moving pieces.”
The extra work this offseason is important for Garoppolo, who played just three games all last season before tearing his ACL and has just 10 career starts in five NFL seasons.
Garoppolo showed plenty of promise after arriving in San Francisco in a trade with the Patriots midway through the 2017 season. He stepped in after a few weeks and won all five starts, earning a five-year, $137.5 million contract to stay off the free-agent market.
Garoppolo completed less than 60% of his passes in his three starts last season and saw his yards per attempt drop, while his sack and interception rates went up.
Now the Niners hope he can regain his form from 2017 with help from an overhauled group of receivers, including second-round receiver Deebo Samuel, third-rounder Jalen Hurd and veteran Jordan Matthews.
San Francisco also signed running back Tevin Coleman and will have a healthy Jerick McKinnon after last year’s big free-agent acquisition missed all of 2018 with a major knee injury.
Some of those players are spending time with Garoppolo this summer and he plans to get a big group together in Santa Clara before the start of training camp in order to build up a rapport as quickly as possible.

“I’m trying to pick up their mannerisms, what motivates them, all those things,” Garoppolo said. “There’s a million different things that go into it. It’s exciting. This time of year, with only a couple of weeks until training camp, it’s grind time.