Grieving Clubhouse: Tough for Angels, Like Teams Before Them 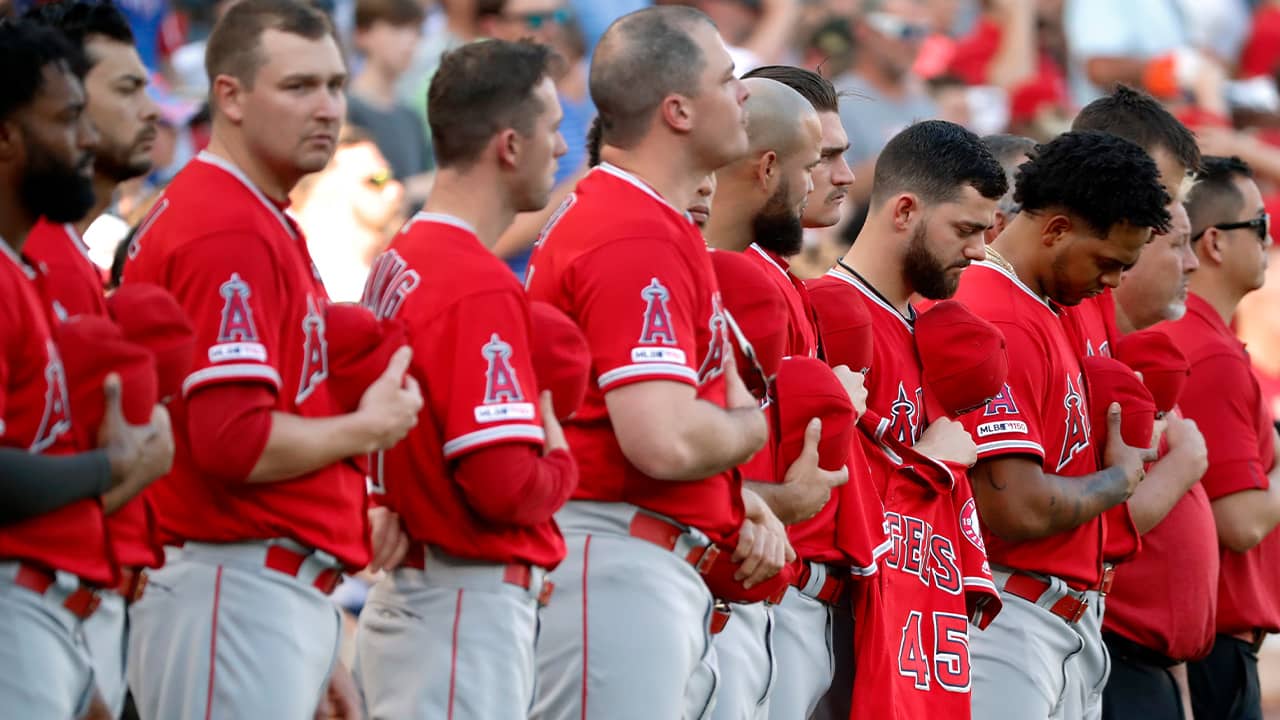 ARLINGTON, Texas — Giancarlo Stanton knows from his own heart-wrenching experience what the Los Angeles Angels are feeling now, and will experience moving forward, after the death of a teammate during the season.


Angels Owner Described It ‘Like a Punch in the Heart’

Texas catcher Jeff Mathis also played for the Marlins in 2016 and with Los Angeles in 2009 when 22-year-old Angels rookie pitcher Nick Adenhart was killed by a drunk driver after only his fourth game in the big leagues.
“It was almost like we were playing that season for him,” Mathis said about the 2009 Angels. “Obviously, it was something very dear to us to honor him in just the best way we could. Every time we stepped on that field that was part of the reason that we played the way we played.”
The Angels won the AL West in 2009. They swept Boston in the AL Division Series before losing the AL Championship Series in six games to the New York Yankees.
Angels owner Arte Moreno described it “like a punch in the heart” when general manager Billy Eppler called him Monday with the news about Skaggs. That brought back memories of Adenhart’s death 10 years ago.
“The team is such a family, and when you take a piece away from the family, there’s always a hole,” Moreno said Tuesday after traveling to Texas to join his grieving team.
Rangers pitcher Jesse Chavez spent 2017 with the Angels, and before Tuesday’s game, he ran around the outfield to greet and hug former teammates such as Mike Trout and Kole Calhoun.
“It’s a little bit harder, especially when you’re playing a team that you played with him on,” Chavez said somberly. “He was a kid, plain and simple.”
Angels manager Brad Ausmus and Seattle manager Scott Servais both played for the Astros, though they were teammates at different times in Houston with Darryl Kile, who in June 2002 with the St. Louis Cardinals died in a Chicago hotel room during a road trip. Kile was 33.
Current Angels first baseman Albert Pujols was on that Cardinals team with Kile.

Everybody Feels a Tremendous Loss

Servais, an assistant GM for the Angels when they reacquired Skaggs after the 2013 season, said playing after a tragedy isn’t easy but provides some therapy by being back on the field. 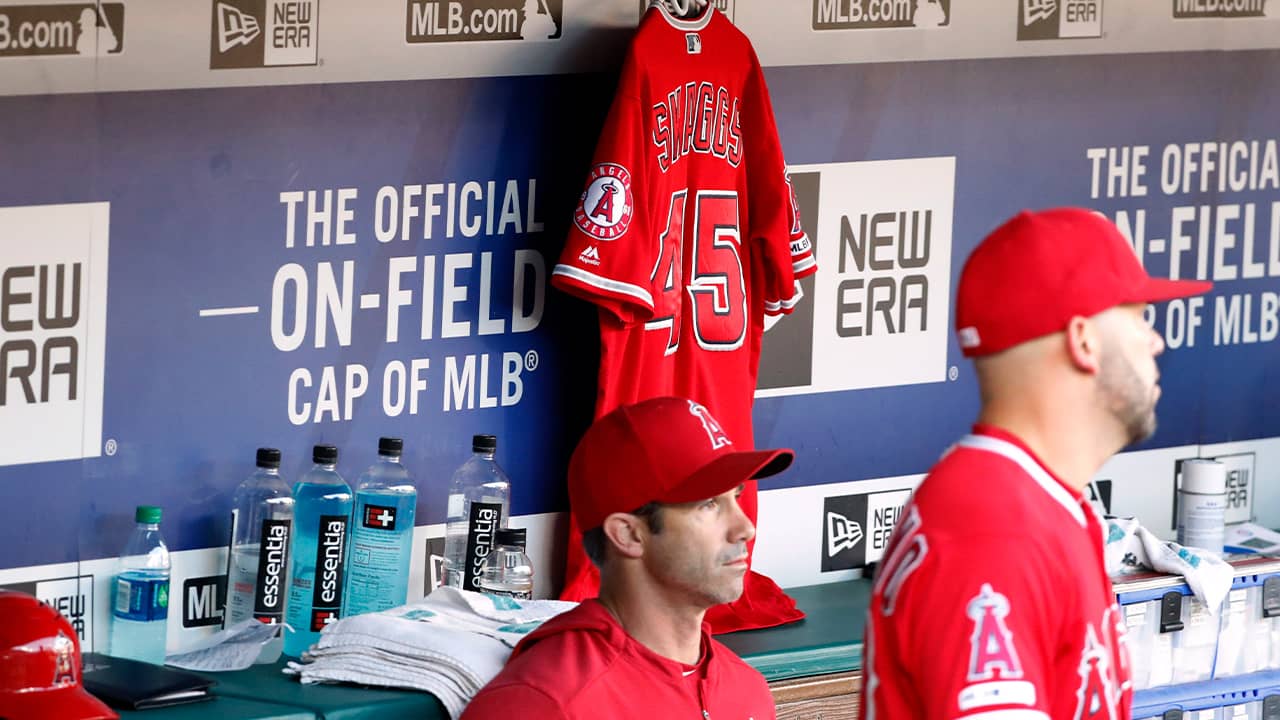 Los Angeles Angels manager Brad Ausmus sits on the bench in front of a Tyler Skaggs jersey during Tuesday’s game against the Texas Rangers in Arlington. (AP Photo/Tony Gutierrez)