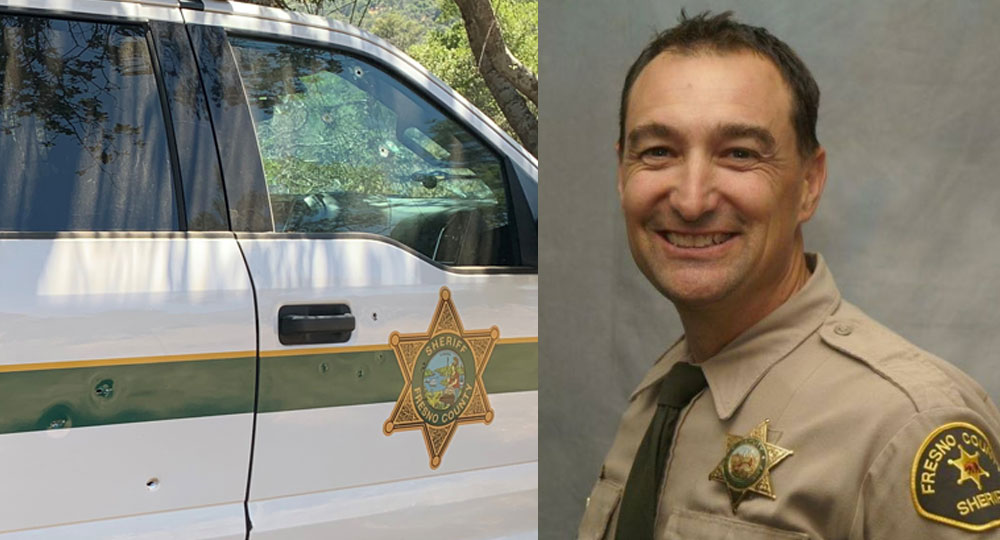 Fresno County authorities Wednesday identified the suspected rifleman in the wounding of a sheriff’s deputy. 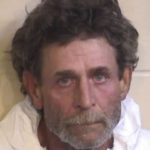 Michael Congdon, 57, was arrested Tuesday afternoon after an hours-long standoff in Tollhouse. He surrendered after talking with negotiators.
The injured deputy, John Erickson, 49, underwent surgery for internal injuries and a broken leg at Community Regional Medical Center after being shot while investigating a property dispute. A civilian who was with Erickson in the deputy’s pickup truck was not injured.
Congdon faces two counts of attempted murder and other felony charges. His bail totals more than $1.9 million.

“I would like to thank the community for all of its support,” Erickson’s wife said in a news release issued Tuesday night. “Everyone has been so wonderful to John and our family, including hospital staff and personnel at the Sheriff’s Office.
“We only saw John briefly before his surgery. It’s difficult to see him go through this. We look forward to seeing him get back to his usual joking self.”
Erickson is an 11-year veteran of the department. He previously was a Kerman police officer.

Deputies responding to a call about a rural property line dispute came under fire from a shed. The gunfight occurred in the vicinity of Quail Springs Lane in the Burrough Valley area of the Sierra foothills, south of Tollhouse.
Erickson was shot and the bullet broke his leg. His pickup truck also was riddled but his ride-along passenger wasn’t hurt. Erickson returned fire but did not hit the suspect, Fresno County Sheriff Margaret Mims said.

Another deputy on scene ushered the civilian to safety, fired in the direction of the suspect, and then dragged Erickson a considerable distance to a safe place. Erickson was loaded into California Highway Patrol helicopter and flown to the hospital.
Mims said it took about an hour to rescue the deputy, who hid in bushes. The gunman surrendered after about 2 ½ hours of hiding in a small shed. Mims says he had several weapons.
The sheriff said the suspect is likely to face attempted murder charges.