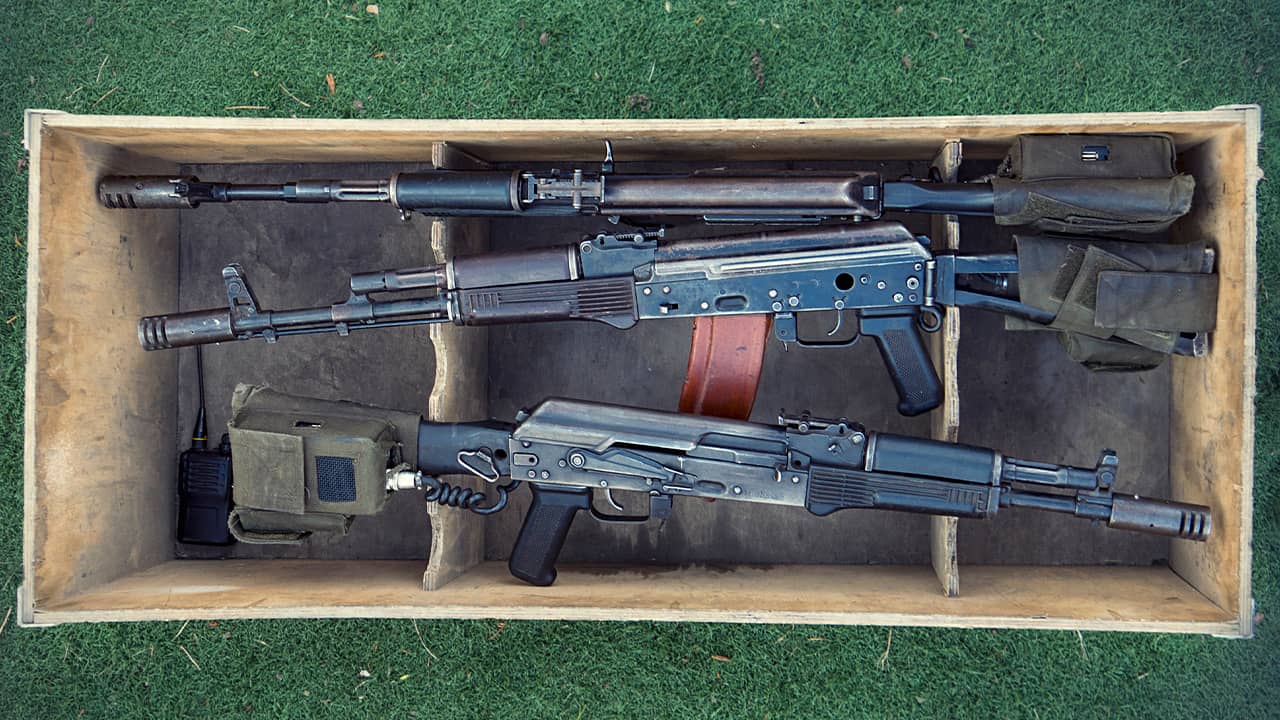 Ara Dolarian Jr. of Fresno pleaded guilty in federal court Thursday to one count of conspiracy to violate the Arms Export Control Act, according to The Fresno Bee.
Dolarian, 58, faces a maximum of five years in prison and a $250,000 fine. He will be sentenced at a later date.
Federal agents arrested Dolarian on May 15. The government charged him with illegally brokering the sale of military-grade arms and munitions, money laundering, and conspiracy.
A former sculptor and artist, Dolorian has a history of financial dealings that ended up in civil court.

According to court documents, Dolarian was the owner and president of Dolarian Capital Inc. (DCI), an arms brokering company operating in Fresno; Washington, D.C.; and Sophia, Bulgaria.
Beginning in 2013 and continuing through 2014, the U.S. Department of State denied Dolarian’s company licenses to broker international arms deals.
But during that time period, Dolarian allegedly attempted to broker a multi-million dollar transfer of high‑explosive bombs, rockets, military-grade firearms, and aircraft-mounted cannons from Eastern Europe and South Africa to the government of Nigeria.

Dolarian submitted a brokering application with the U.S. State Department in June 2014 for the proposed deal with Nigeria. The State Department didn’t approve the application — or a later one.
Later on, Dolarian allegedly accepted approximately $8.3 million from Nigeria and its broker, SEI. These funds were, in part, funneled by Nigeria through a purported furniture company in Hong Kong. Then they were routed through numerous shell accounts held by Dolarian and others.

Soon after obtaining the funds, Dolarian used them to pay off tax debts and to buy a BMW SUV. In February 2015, the federal government seized over $6 million in Dolarian’s accounts, prosecutors said.