NASA Says Earth Is Greener Today Than 20 Years Ago Thanks To China, India 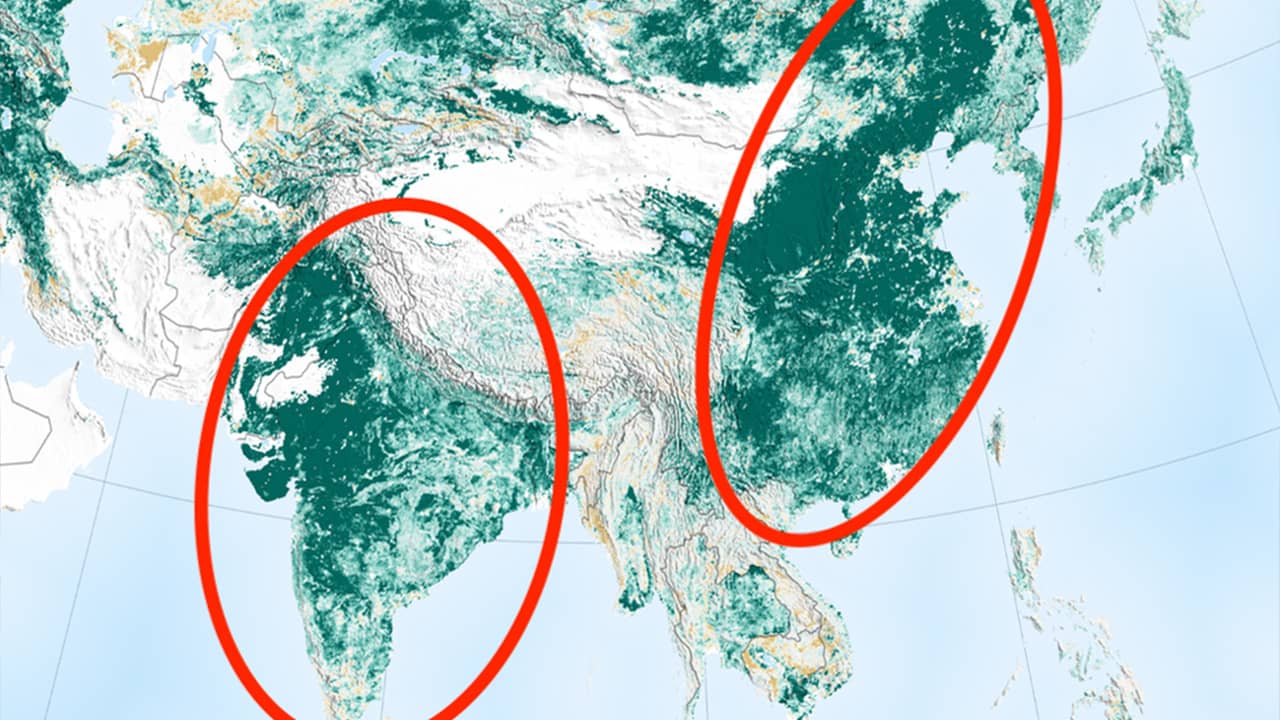 Forbes
NASA has some good news, the world is a greener place today than it was 20 years ago. What prompted the change? Well, it appears China and India can take the majority of the credit.
In contrast to the perception of China and India’s willingness to overexploit land, water and resources for economic gain, the countries are responsible for the largest greening of the planet in the past two decades. The two most populous countries have implemented ambitious tree planting programs and scaled up their implementation and technology around agriculture.
India continues to break world records in tree planting, with 800,000 Indians planting 50 million trees in just 24 hours. The recent finding by NASA and published in the journal Nature Sustainability, compared satellite data from the mid-1990s to today using high-resolution imagery. Initially, the researchers were unsure what caused the significant uptick in greening around the planet. It was unclear whether a warming planet, increased carbon dioxide (CO2) or a wetter climate could have caused more plants to grow.

The winner of the first Democratic debate: Donald Trump

High School Students Do Better In Science, Math And English If They Also Take Music Lessons