Yosemite Engagement Photo Is Stunning. Do You Know the Couple? 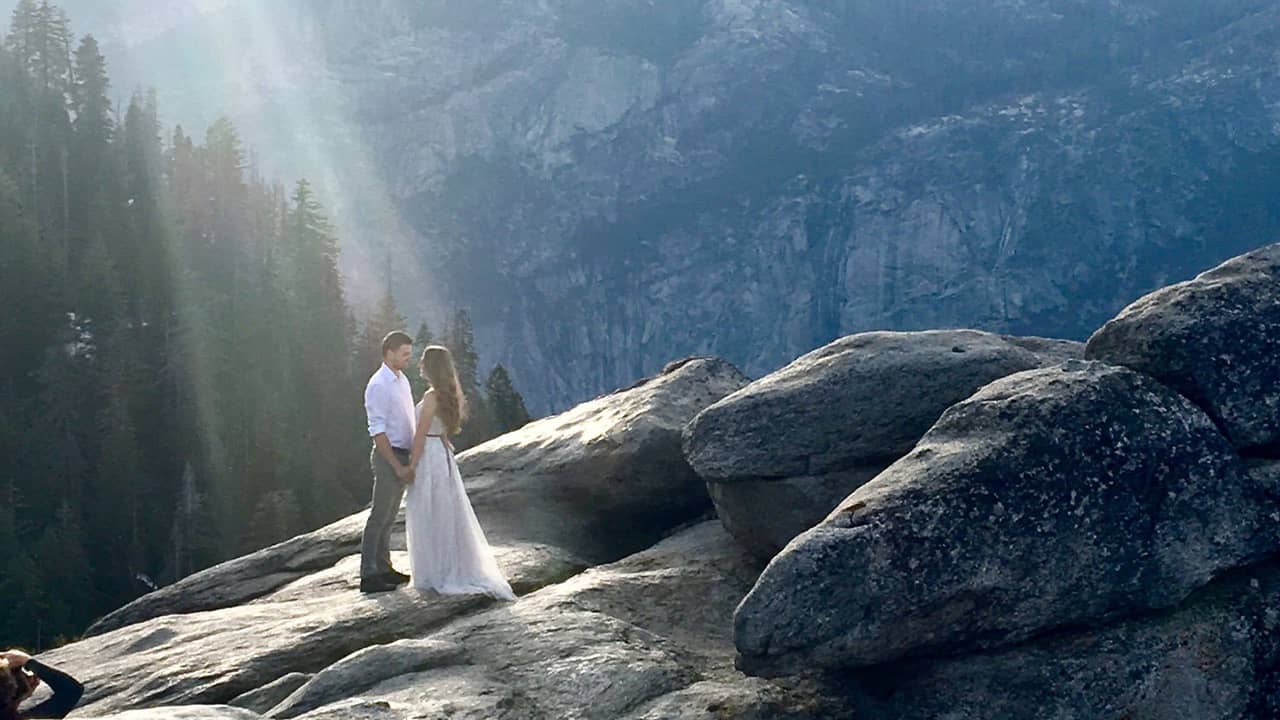 Faith Taylor needs your help in solving a mystery captivating social media.
Taylor captured a beautiful moment at Yosemite National Park’s Glacier Point on May 14 with her iPhone. Only the Ohio woman doesn’t know the couple in her photo.

So she tweeted a photo Saturday highlighted by a ray of sunlight shining down on the couple.
“At Yosemite, a couple was getting engagement photos taken and when I went to take a pic of their glory, a beam of LIGHT shown on them. I. Am. Emotional. Someone find them,” Taylor wrote.

At Yosemite, a couple was getting engagement photos taken and when I went to take a pic of their glory, a beam of LIGHT shown on them. I. Am. Emotional. Someone find them. pic.twitter.com/ufsFhkZqu0

Taylor said she was shy and didn’t approach the couple at the time because she didn’t want to interfere with the professional photographer who appeared to be documenting their engagement.
The Twitterverse has shown its love for the mystery and the photo with 19.6 thousand retweets and 152.5 thousand likes.

In October of last year, another photographer, Matthew Dippel from Michigan, turned to social media to solve a similar Yosemite mystery.

Social media solved the case about 10 days later.
Charlie Vo and his fiancee, Melissa, of Los Angeles, were the stars of that photo.
Vo said they were in Yosemite for a second proposal. He had proposed to Melissa earlier in the year with their families but wanted to do something more personal the second time around.
“I stumbled across our picture being posted and I was like ‘holy crap that’s us.’ ”