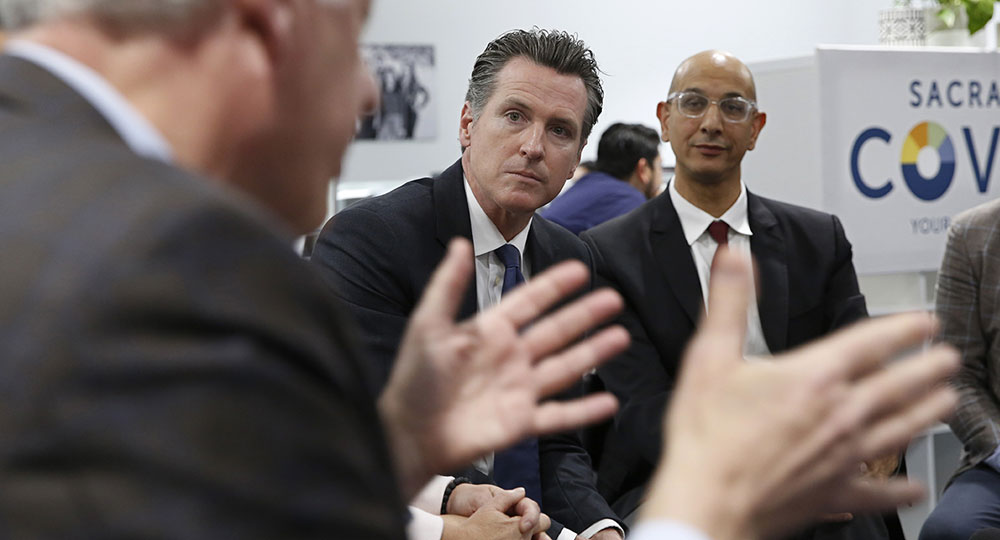 SACRAMENTO — The California Legislature voted Monday to tax people who refuse to buy health insurance, bringing back a key part of former President Barack Obama’s health care law in the country’s most populous state after it was eliminated by Republicans in Congress.

Democrats’ Goal is for Everyone to Have Insurance

The bill passed by Democrats in California would reinstate the tax, effective Jan. 1. No Republicans voted for it. One Democrat in the state Assembly — Rudy Salas Jr. — voted against it.
The penalty won’t apply to everyone, including people living in the country illegally. Lawmakers on Monday also approved a bill that would expand government-funded health insurance to low-income young adults living in the U.S. illegally.
People in prison and those who are members of an American Indian tribe are also exempt, mirroring what had been in the federal law.
Democrats say the plan is part of their efforts to make sure everyone in California has health insurance.

Three States and D.C.  Have the Penalty Now

If the bill becomes law, California would join Massachusetts, New Jersey, Vermont and Washington, D.C., next year as the only governments in the U.S. to penalize people who don’t buy health insurance.
It would also make California the only state to use money it gets from the penalty to help people who earn as much as six times the federal poverty limit pay their monthly health insurance premiums.
That means a family of four earning up to $150,000 a year would be eligible.
“These new subsidies will impact almost 1 million Californians and help them get the health care access that they deserve,” said Democratic Assemblyman Phil Ting of San Francisco.
Republican state Sen. John Moorlach said in 2014 that 82% of Californians who paid the penalty for not having health insurance had taxable incomes of $50,000 or less.
“This trailer bill will take money away from people making $30,000 to $50,000 a year and give it to people making between $75,000 and $130,000 a year,” GOP Assemblyman Jay Obernolte said. “That makes no sense.”

Kamala Harris Pressed to Get Personal About Why She's Running