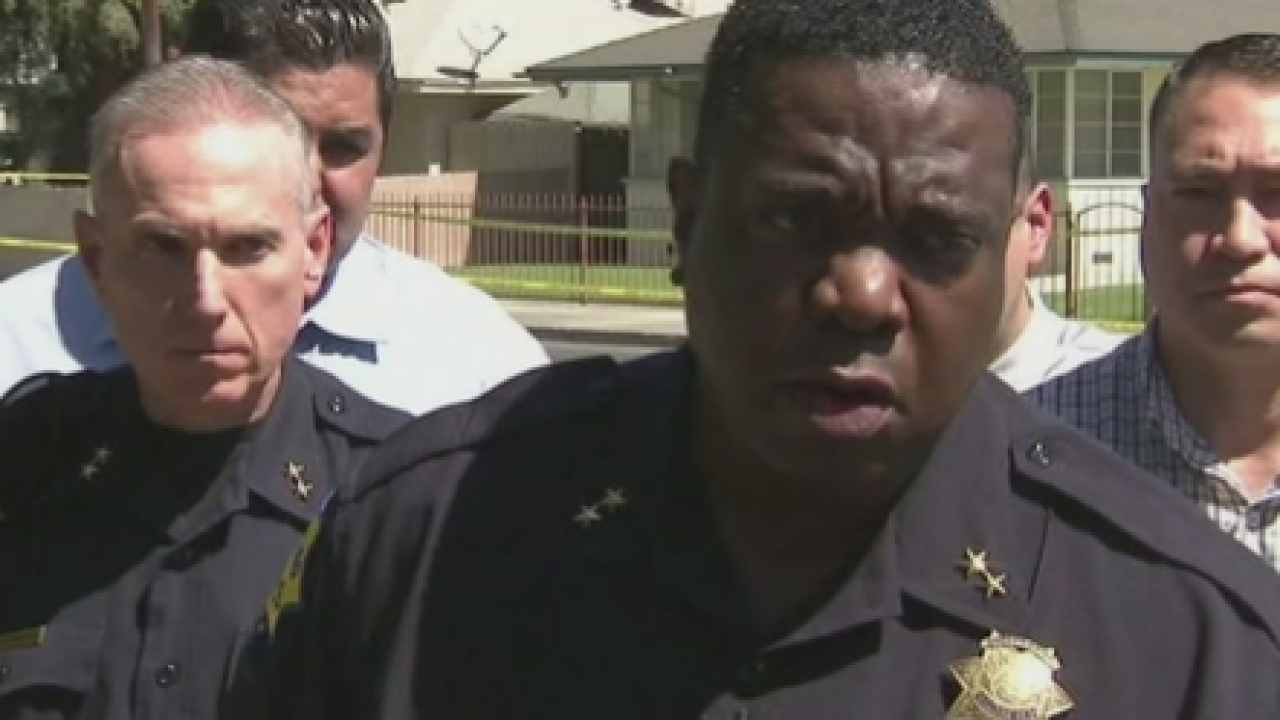 In a ruling filed last week, the Ninth Circuit of the U.S. Court of Appeals upheld the 2017 heroin and marijuana trafficking convictions of then-Fresno Deputy Police Chief Keith Foster.


“Foster’s phone calls and text messages with co-conspirators Rafael Guzman and Lashon Jones sufficiently demonstrated Foster’s role in the conspiracy to distribute heroin.” — Ninth Circuit
Foster’s legal team made four claims in arguing his felony convictions should be overturned:
— Insufficient evidence to convict.
— Ineffective counsel.
— The jury should have received instructions on a buyer-seller relationship.
— The trial court judge erred in denying his request to unseal juror information.

What the Court Says

“There is sufficient evidence to support both convictions,” the three-judge panel stated in its unpublished opinion. “Foster’s phone calls and text messages with co-conspirators Rafael Guzman and Lashon Jones sufficiently demonstrated Foster’s role in the conspiracy to distribute heroin. Jones relayed heroin orders from buyers to Foster and assured Foster that the deals would benefit both of them.
“Foster’s phone calls with his nephew Denny (Foster) sufficiently established Foster’s role in a conspiracy to distribute marijuana. Denny and Foster discussed marijuana quantities, meeting times, and prices, and Foster repeatedly pressed Denny for money for Foster’s ‘boy.’ After later learning that Denny had been arrested with six pounds of marijuana in his car, Foster expressed frustration that Denny had not asked for ‘cover,’ and Foster said that he would see what his ‘narc guys’ could do for Denny.”
Regarding the claim of ineffective counsel, the appeals court panel ruled that “counsel’s decision not to request a buyer-seller instruction appears to be the product of strategy, not incompetence.”
On Foster’s final claim, the panel wrote, “Finally, the district court did not err in denying Foster’s motion to unseal juror information. Although Foster may have suspected that jurors had read prejudicial news articles, the record contains no basis for that supposition. Speculation alone cannot overcome the presumption of juror impartiality.”

Federal Judge Anthony Ishii presided over the trial. He sentenced Foster to 48 months in prison — 30 fewer months than the sentence sought by prosecutors.
When he sentenced Foster, Ishii said the former deputy chief lacked remorse and hadn’t accepted responsibility for his crimes. Ishii also said Foster committed perjury several times during the trial, obstructed justice, and violated his position of public trust.
However, in explaining the sentence, Ishii noted Foster had made positive contributions to the Fresno community and previously had a clean criminal record.
The case against Foster relied on wiretaps and surveillance by the FBI and the federal Bureau of Alcohol, Tobacco, Firearms and Explosives.
At trial, the jury deadlocked on six other charges.

On the day of Foster’s sentencing, Fresno Police Chief Jerry said, “This has been a very painful chapter in the history of the Fresno Police Department, and for me personally. It is my hope that we are able to put this behind us, learn from it, and never to be repeated again.”
Despite the convictions, Foster retains his $93,000-a-year Fresno police pension.
Fresno attorney E. Marshall Hodgkins represented Foster at trial. Another Fresno attorney, Michael McKneely, represented him at sentencing.