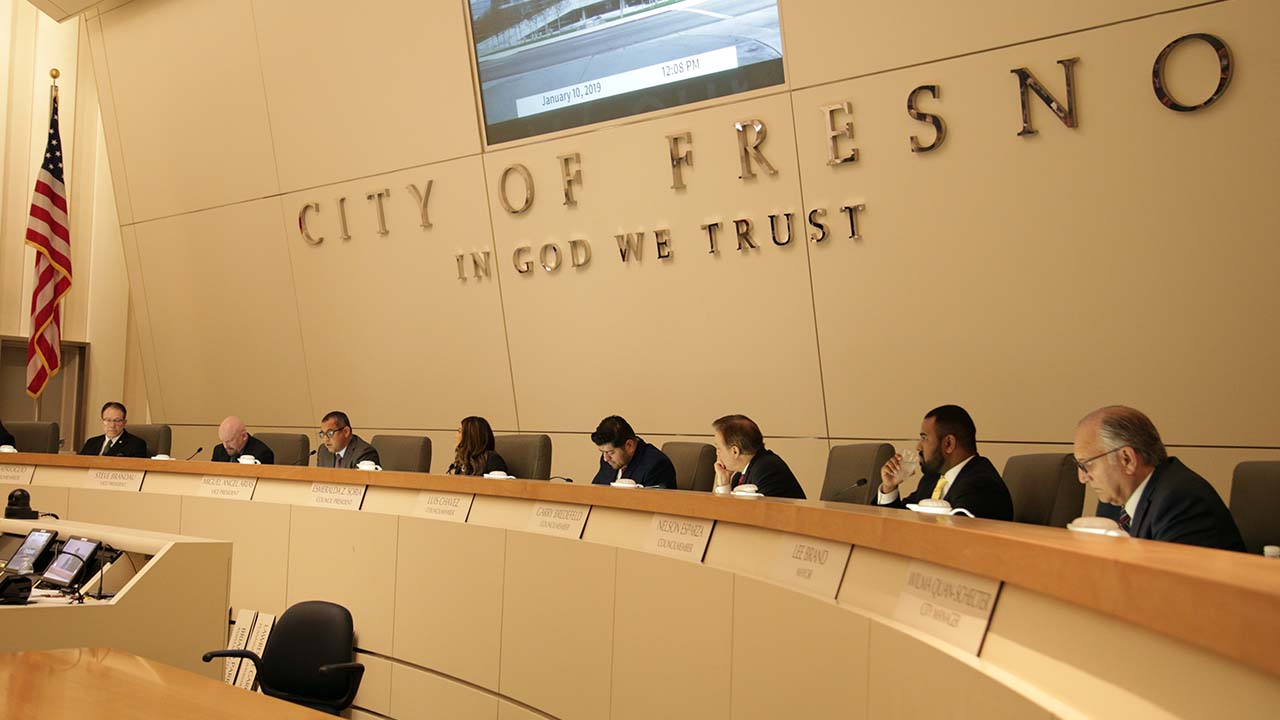 Soria started Thursday on the dais. She left about 90 minutes later, not to return. She missed most votes on budget motions, as well as the regular agenda items.
Where was she?
Attending a National Association of Latino Elected Officials policy conference in Miami, representing the city.
Soria said that the final votes on the budget take place this Thursday. Her office said she could not catch a red-eye flight to Miami to allow her to stay longer at the council meeting.
On Facebook, Soria posted photos of herself and other Valley lawmakers smiling on the convention floor.

Not the Only One

Lest anyone think I’m picking on Soria, other city council members have missed all or parts of meetings
Nelson Esparza missed an important vote on an anti-panhandling ordinance in March because he left early for a scheduled trip out of town. At the time, Esparza noted that STOP ordinance was added with 72 hours’ notice.
Garry Bredefeld missed a May 2 meeting. He did not give a reason. However, he was able to have an important vote on regulating liquor licenses moved to a special meeting a day earlier so he could vote on it.
Council president Paul Caprioglio left the June 3 budget hearing after the lunch recess and didn’t return. He instead attended the televised town hall hearing of presidential candidate Pete Buttigieg at Fresno State.

To say, as I do, that council members have just one job — attend meetings — may not be technically accurate. That’s because the city’s charter is somewhat vague on the exact job duties.
The charter, which is the city’s version of the constitution, grants power to govern to the council. It says the council shall hold regular meetings, but it’s up to the body to decide when and how often.
There is nothing that dictates meeting with constituents, studying issues, walking the neighborhoods, or anything else a competent councilmember is expected to do.
However, there is a charter provision dictating meeting attendance. Removal is allowed if a member “is absent from the State without leave for more than sixty consecutive days, or fails (to) attend the meetings of the body of which he or she is a member for a like period without being excused therefrom by such body.”

But You Do Have One Job

So missing one meeting isn’t going to get a member removed.
But, the point is, you have one job — voting on issues.
To me, that trumps any reason to attend a meeting that takes you away from the chambers and that includes vacations.
In the past, Caprioglio missed meetings during the summer months. Members can still “attend” and vote at meetings remotely as long as it’s properly noticed. In Cap’s case, last year he attended the meeting via a Conoco gas station in Big Sky, Montana. He did the same in prior years as well. Theoretically, anyone can participate in the city council meetings at the same location.
I’m sure that would be a sight to see — Caprioglio handing over his cell phone so some vacationer filling up a gas tank in Montana can chime in on an issue during public comment.
But attending the meetings via conference call isn’t the same as being there live. Phone calls can be garbled or lost. Deliberation and debate are best done face to face.

Council meeting dates are set by the prior December. The council votes to approve those dates.
There’s no excuse for taking a vacation, or other avoidable absences, on council days. As you can see by clicking this link, the council schedule isn’t so taxing as to leave members without ample options.
For me, there are only three excuses allowable to miss a meeting: illness, family emergency, or military service.
Have an official conference out of town during a Thursday council meeting? Don’t go. Or arrive the next day. Attending to the people’s business is more important than attending a get-together in Sacramento, Washington, or Miami.
Want to take a vacation? Plan for it on a week the council isn’t meeting. You have plenty of time to book a room.
Have some other meeting you need to take on a Thursday? Book it for before, during the lunch break, or after the council meeting. And cancel it if city business runs long.
The city’s democracy depends on its elected leaders voting on issues. That gets lost when they don’t vote in person, or don’t show up at all.