Thanks to Warriors (Ouch), Everyone Can Get a Free Taco Today 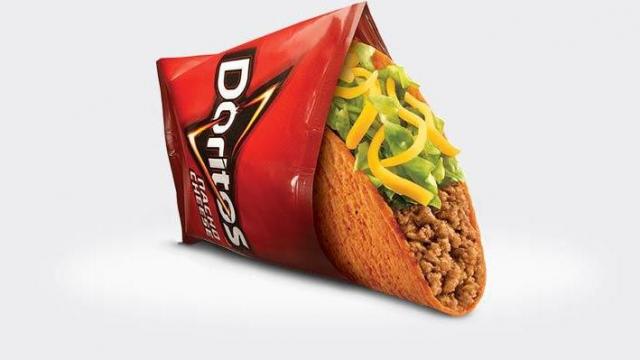 For Golden State Warriors fans, it’s an unsavory consolation prize for a painful NBA Finals. For everyone else: Hey, free taco!
Tuesday is the day everyone in North America — that includes Canada, Toronto Raptors fans — can get a free Doritos Locos Taco at a participating Taco Bell fast-food restaurant.

This is happening because the Warriors were the first team in this year’s finals to “steal a game” — win a road game. That happened in Game 2, when Golden State edged Toronto 109-104 to even the series at one game each. Taco Bell’s “Steal A Game, Steal A Taco” promotion was triggered.

A game was stolen…And so were tacos. Stop into Taco Bell on June 18 from 2-6PM to score your free Doritos® Locos Tacos. Or better yet, any time online or on the app. pic.twitter.com/L9i7430XtY

As a result, a coast-to-coast taco free-for-all was scheduled for June 18 — today. The tacos, which taste suspiciously like a bag of chips, are available from 2 p.m. to 6 p.m. No purchase is required.
The Warriors, who were gunning their third straight NBA championship and fourth title in five years, would win just one more game in the finals. The Raptors wrapped it up with a victory in Game 6 and took the finals, four games to two. Ironically, Toronto won three games in Oakland — a triple steal.