Capitol Prepares for Next Round After Vaccine Bill Modified 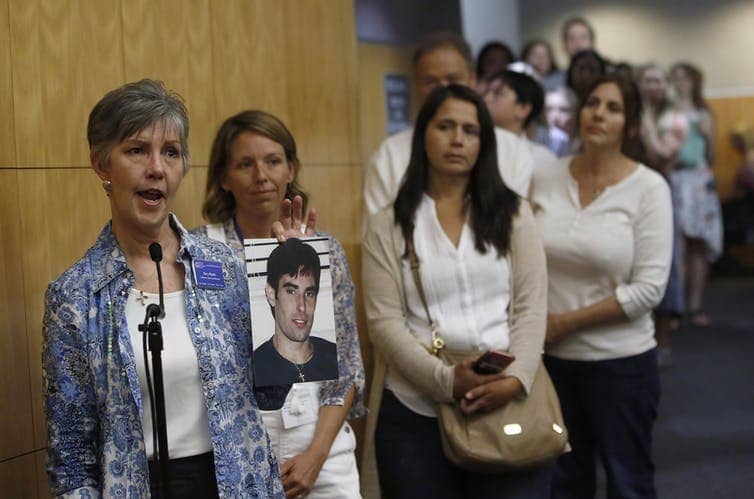 The state Capitol is readying for thousands of opponents and supporters for the next hearing of a bill that would set new guidelines for how a doctor can grant medical exemptions for children receiving vaccines in order to attend school.
The Assembly health committee is taking precautions to prevent people from flowing in and out of the hearing for SB 276.
The bill’s author, Sen. Richard Pan (D-Sacramento) introduced amendments to the bill Monday (June 17) following criticism from Gov. Gavin Newsom.
Newsom expressed doubts about giving state officials the authority to decide which children can skip their shots before attending school. The Democratic governor said he wouldn’t want bureaucrats making personal decisions for his family.

Pan’s bill would require medical exemptions to be examined by state health officials. He hopes the amended bill changing how many exemptions would be reviewed, and the standard by which the exemptions would be considered, will satisfy the governor.
Vaccines are required for children to attend public or private school. The bill does not affect home-schooled students.
“I want to thank Gov. Newsom for his leadership on children’s health and standing up for science and the importance of vaccination by supporting SB 276,” Pan said in a news release. “I appreciate that the governor has worked with me in crafting a California solution to halting the abuse of medical exemptions that endanger our children.
“The governor recognizes that we need to ensure that children who truly need medical exemptions get them and they will be safe in their schools with community immunity.”

An estimated 4,000 people attended the state senate health committee’s hearing on the bill April 24. Most waited on the fourth floor of the Capitol, causing fire code and sanitary concerns, an Assembly health staffer told GV Wire.
For the committee hearing Thursday (June 20), only 300 will be let into the building at a time, with the sergeant-at-arms and highway patrol handing out passes. The remainder will wait in shaded areas on the north lawn of the Capitol. Staff plan to provide televisions to monitor the hearings for those outside.
When people are finished testifying (usually a brief “I support this bill/I oppose this bill” statement), they will be ushered outside to let new people in.
Like the April hearing, Thursday’s gathering could last hours. SB 276 is the only item on the committee’s agenda.

Pan’s bill would require medical exemptions to be reviewed by health officials, changing current law that does not require such review.
Pan argues that doctors are engaging in fraud by offering exemptions for a fee without examining a child. He cited ads on Facebook and other social media as evidence.
SB 276 is a follow-up to Pan’s SB 277 of 2015, which removed exemptions based on personal belief.  State data shows that after the removal of such exemptions, medical exemptions more than tripled, from 0.2% of the state’s incoming kindergarten class in 2016 before the law went into effect, to 0.7% in 2018. That’s an increase of about 2,820 students.

In amendments made Monday, SB 276 now lists specifics of what should be on the standardized form, and to submit the form electronically to a state database. The prior version required the state public health department create the form.
The form would require information about the doctor and patient, certification that the doctor examined the patient, proof of whether the doctor is the child’s primary physician, the medical basis for the exemption, and authorization to release records to the health department.
The bill also prioritizes which exemptions the health department should examine. Instead of investigating all exemptions, health officials would examine schools with immunization rates of less than 95% (a standard considered “herd immunity”), or doctors who submit five or more medical exemptions a year.
The immunity rates in both Fresno Unified and Fresno County are above the 95% threshold.

In addition to Centers for Disease Control standards, the department also will use vaccine exemption standards set by the Advisory Committee on Immunization Practices and American Academy of Pediatrics criteria. The bill allows for other considerations, provided there is supporting documentation.
The bill’s changes would allow a parent to appeal a denial of an exemption to a three-member independent review panel. The members would be primary care doctors or immunization experts.
Analysis of SB 276 estimated it would cost about $10 million to implement.
With the changes, the bill still needs approval from both legislative chambers. The prior version passed the full Senate on May 22 by a 24-10 vote.

On his Twitter feed, Pan almost exclusively posts information regarding the vaccine debate. He supports vaccinations, and regularly posts links to stories and criticizes those he disagrees with.
When actress Jessica Biel lobbied in Sacramento last week against SB 276, there was strong criticism on social media.

The issue also divides the medical community. Many favor SB 276. A recently formed group, Advocates for Physicians’ Rights, opposes it.
“Senate Bill 276 has sought to invade the sanctity of the doctor-patient relationship by preventing physicians from exercising their time-honored duties and eroding the practice of medicine,” the group says on its website. “In some instances, these proposed legislative changes would require laypersons to countermand the medical judgment of esteemed licensed physicians in this state,”
Related Topics:Gavin NewsomimmunizationsJessie BielRichard PanSB 276vaccines
Up Next

Toxic Algae a Danger for Swimmers at San Luis Reservoir