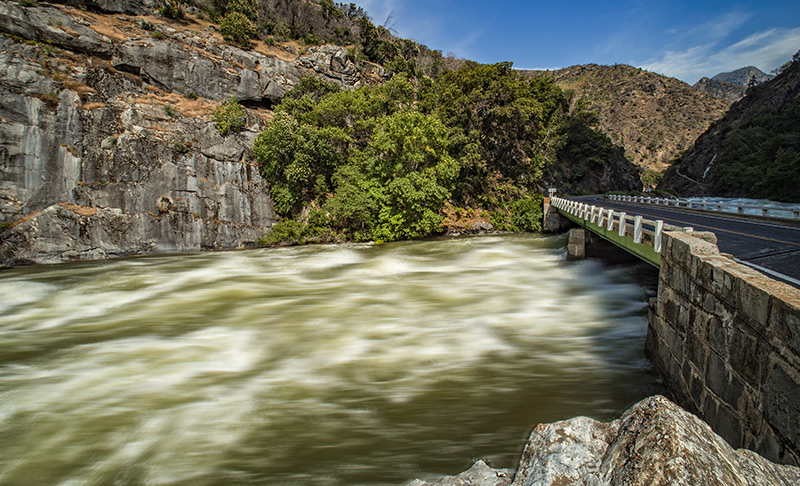 Strong currents and bone-chilling water have kept the Kings River banned from recreational use for more than a month. The stretch from Pine Flat Dam the Tulare and Kings county lines will remain closed this weekend.
The closure, ordered by the Fresno County Sheriff’s Office, has been in place since June 4.

With the Sierra’s massive snowpack melting quickly as temperature rise, water is flowing into Pine Flat Dam at a rate of about 16,000 cubic feet of water per second, and pouring into the Kings River at about 10,000 cfs. One cubic foot per second equals 7.5 gallons of water — about 646,000 gallons per day.

Fresno County joined Tulare County and Kings County, which previously ended recreational use of the lower river until the high waters recede.
The closure covers all recreational activity, such as boating, swimming, and floating. The Fresno County sheriff’s Boating Enforcement Unit will continue to patrol the Kings River. Violators face a minimum fine of $225.
In addition to the fast-moving current, the river water’s temperature is between 50 and 52 degrees. Even strong swimmers can fall prey to hypothermia, which can lead to exhaustion and unconsciousness.
Swift current also can erode riverbanks, drawing trees and branches in the river. A person in the river can become pinned against the tree and swept beneath it.
Sheriff’s Office officials said conditions on the Kings River will be assessed throughout the summer, and access could be restored after conditions are declared safe.