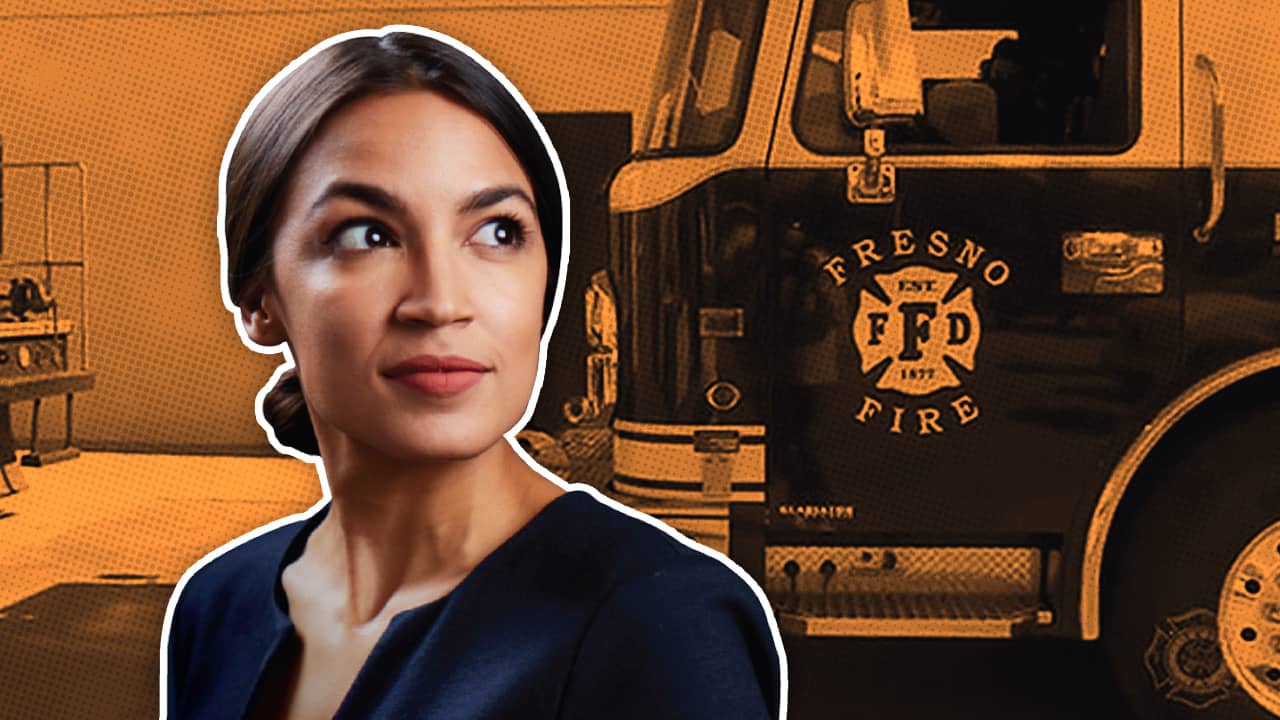 Alexandria Ocasio-Cortez has nothing to do with Fresno fire impact fees. The New York congresswoman certainly doesn’t know anything about them.
That didn’t prevent her name being evoked in a city council debate about it.
The Fresno Fire Department says an increase in impact fees on new homes is needed to help fund new fire stations. But one of the proposed increases, which would amount to a 143% hike for a single-family home, was too much for council members to be comfortable with.

Weighing How to Pay for Fire Stations

Ultimately, after about an hour of discussion during Thursday’s council meeting, councilmembers delayed for at least a week any decision about the fee increase.
The impact single-family fee, which would leap from $779 to $1,853, would apply only to newly constructed residences.
Fire department officials say the most pressing need is a permanent fire station No. 18, west of Highway 99. It is currently at a temporary location inside a home development. Half of the $7 million needed for the permanent station would come from the 2019-20 city budget and the other half from the fee increase.
“The revenue is just not adequate,” Andrew Benelli, assistant public works director, said of the city’s available funds for future fire stations.
Mayor Lee Brand told the council that not approving the fee could jeopardize future growth. “It effectively puts a moratorium of growth west of 99,” he said.
City officials say at least two new stations are needed over the next five years if development continues at its current rate. The city recently purchased land for a second new station at Armstrong and Clinton avenues.

While most councilmembers said they understood the need for more fire stations, the 143% increase, as council president Paul Caprioglio said, was “startling.”
Miguel Arias and Esmeralda Soria also expressed unease with such a rate hike. Arias said it is unfair to charge new homeowners while the city waives such fees as business incentives for big distributions centers like those for Amazon and Ulta Beauty.
“What I’m struggling with is, at a time you are asking us to raise, essentially, the fire fees 150%, you’re also actively waiving fire fees from a select few businesses,” Arias said.
He pointed to waivers of police and fire service fees that Amazon received in 2017.
“All those fee waivers mean that we have to then raise fees 143% on new development. I’m struggling with that contradiction,” Arias said.
Deputy fire chief Ted Semonious said the new stations would be built as economically as possible, without many extravagances.

But What About AOC? 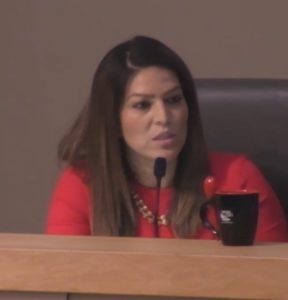 “You’re obviously obsessed with Congresswoman AOC.” — Councilwoman Esmeralda Soria to colleague Garry Bredefeld
Councilman Garry Bredefeld defended the fee-waiver incentives, noting he supported a distribution center for The Gap during his first turn on the council in the late 1990s.
“I know there are a couple of my colleagues who support a congresswoman who got rid of 25,000 jobs in New York and proudly did so. They can do that. I’m not in favor of that,” Bredefeld said.

Bredefeld was referring to Ocasio-Cortez objecting to giving Amazon incentives when the company considered New York City as a location for its second headquarters.
Last week, Arias and Soria visited Ocasio-Cortez during a trip to Washington, DC. The congresswoman and the city became linked after the Fresno Grizzlies baseball team displayed a video on Memorial Day that compared Ocasio-Cortez to enemies of America.

The councilmembers apologized to Ocasio-Cortez and gave her some Grizzlies merchandise.
Soria defended her stance on business incentives, saying Bredefeld had misrepresented her views.
“I take issue with part of your comments,” Soria said to Bredefeld. “You’re obviously obsessed with Congresswoman AOC.”
The two started to talk over each other until Caprioglio intervened.
Soria left the council dais after the exchange. She missed a few council votes before returning.
Related Topics:city growthEsmeralda SoriaFresnoGarry BredefeldRep. Alexandria Ocasio-Cortez
Up Next