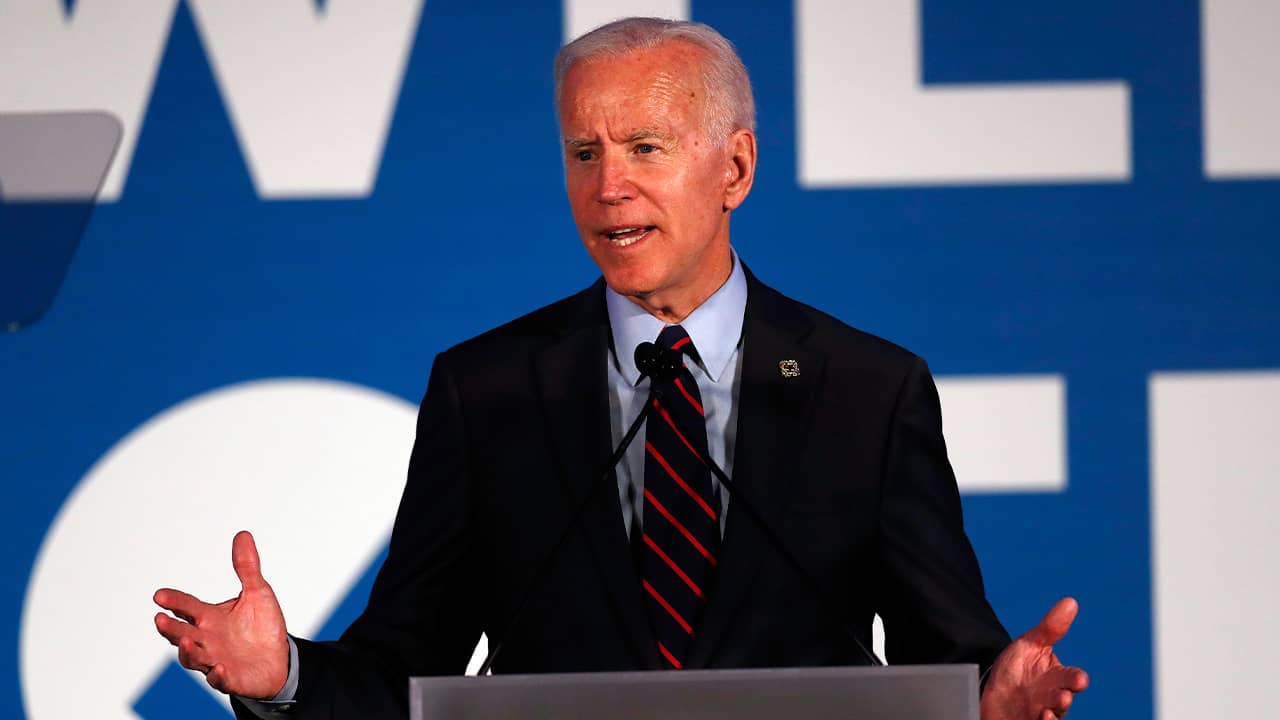 ATLANTA — After two days of intense criticism, Democratic presidential candidate Joe Biden reversed course Thursday and declared he no longer supports a long-standing congressional ban on using federal health care money to pay for abortions.
“If I believe health care is a right, as I do, I can no longer support an amendment” that makes it more difficult for some women to access care, Biden said at a Democratic Party fundraiser in Atlanta.
The former vice president’s reversal on the Hyde Amendment came after rivals and women’s rights groups blasted him for affirming through campaign aides that he still supported the decades-old budget provision. The dynamics had been certain to flare up again at Democrats’ first primary debate in three weeks.

Biden didn’t mention this week’s attacks, saying his decision was about health care, not politics. Yet the circumstances highlight the risks for a 76-year-old former vice president who’s running as more of a centrist in a party in which some skeptical activists openly question whether he can be the party standard-bearer in 2020.
And Biden’s explanation tacitly repeated his critics’ arguments that the Hyde Amendment is another abortion barrier that disproportionately affects poor women and women of color.
“I’ve been struggling with the problems that Hyde now presents,” Biden said, opening a speech dedicated mostly to voting rights and issues important to the black community.

Biden Took What He Described as ‘Middle Ground’ on Abortion

“Happy to see Joe Biden embrace what we have long known to be true: Hyde blocks people — particularly women of color and women with low incomes — from accessing safe, legal abortion care,” said Leana Wen of Planned Parenthood, the women’s health giant whose services include abortion and abortion referrals.

Some Aides Surprised at Speed of Biden’s Reversal

“I am not clear that Joe Biden believes unequivocally that every single woman has the right to make decisions about her body, regardless of her income or race,” said Democratic strategist Jess Morales Rocketto, who worked for Clinton in 2016. “It is imperative that the Democratic nominee believe that.”
Republicans pounced, framing Biden’s change in position as a gaffe.

“He’s just not very good at this. Joe Biden is an existential threat to Joe Biden,” said Tim Murtaugh, the communications director for President Donald Trump’s reelection campaign.
A senior Biden campaign official said some aides were surprised at the speed of the reversal, given Biden’s long history of explaining his abortion positions in terms of his faith. But aides realized that as the front-runner, the attacks weren’t going to let up, and his campaign reasoned that the fallout within the Democratic primary outweigh any long-term benefit of maintain his previous Hyde support.
The official spoke on condition of anonymity to discuss internal conversations.
Biden’s decades-long position first gained new scrutiny several weeks ago when the American Civil Liberties Union circulated video of the candidate telling an activist who asked about the Hyde Amendment that it should be repealed.
His campaign later affirmed his support for his fellow Democrats’ call for a federal statute codifying the Roe v. Wade abortion decision into law.
Related Topics:abortionHealth CareJoe BidenPlanned Parenthoodpresidential candidateRepublicanswomen's rights
Up Next

US, Russia Blame Each Other in Near-Collision of Warships