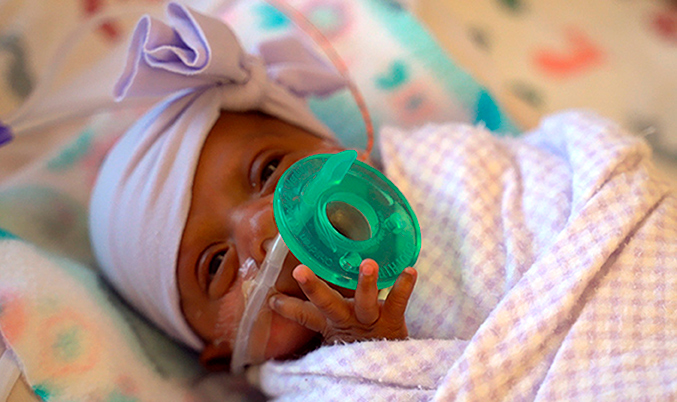 Imagine a baby born only 24 weeks into his mother’s normal 40-week pregnancy, weighing only 12.7 ounces. That’s the equivalent of a can of soda.
Tyson Perez was delivered by cesarean section in August 2011 at St. Agnes Medical Center and rushed to Valley Children’s Hospital’s Neonatal Intensive Care Unit. Nearly eight years later, he remains the smallest surviving “micro-preemie” ever cared for at Valley Children’s. An in-house story published by Valley Children’s at the time of the celebration said Tyson and his mother had a difficult pregnancy. The baby was developing incorrectly and the mother, Katie Perez, was diagnosed with preeclampsia, a life-threatening disorder.
“Some suggested we terminate the baby,” Katie Perez said. “We didn’t want to make that choice.”

When the mother’s blood pressure soared and platelet count plummeted, the baby was delivered. Based on national data for preemies, he had about a 10% chance of survival.
Tyson beat the odds. He weighed nine pounds when he left Valley Children’s in March 2012. He parents said in 2015 that though Tyson was little behind in height and weight for his age, he had no significant health issues.
“Tyson is a highly unusual occurrence,” Dr. Jeffrey Pietz, Chief of Newborn Medicine at Valley Children’s, said at the time. “He’s an amazing story.”
In San Diego, Saybie was born 23 weeks and three days into her mother’s 40-week pregnancy. Doctors told her father after the birth that he would have about an hour with his daughter before she died.
“But that hour turned into two hours, which turned into a day, which turned into a week,” the mother said in a video released by Sharp Mary Birch Hospital for Women & Newborns.
More than five months have passed, and she has gone home as a healthy infant, weighing 5 pounds.