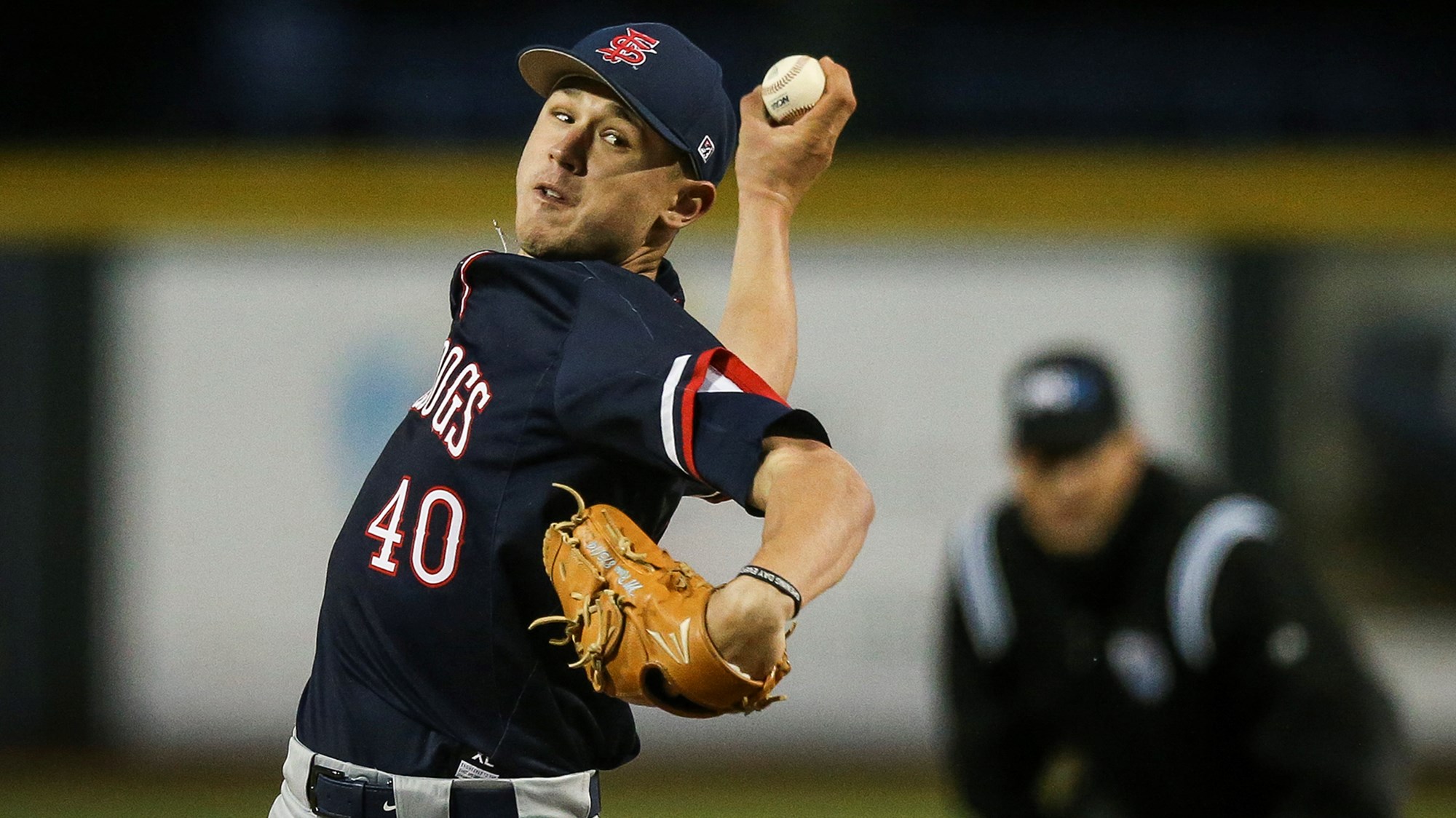 His first two seasons at Fresno State didn’t go exactly as planned for right-handed pitcher Ryan Jensen.
But his junior campaign, highlighted by a 12-1 record, wowed the Chicago Cubs, who made him the 27th overall pick in Monday’s Major League Baseball draft.
In Chicago, Jensen’s selection made headlines because he is ranked as the 109th best prospect by Baseball America.

Cubs Say They Got Their Man

But the Cubs say Jensen was more than worthy of being a first-round pick.
“We knew going into that selection it was going to be a surprise, at least to the draft experts,” said Jason McLeod, the Cubs’ executive vice president of player development/scouting. “Our staff saw this guy going wire-to-wire this year.”
In addition, the Cubs were impressed by Jensen’s fastball, which has been clocked as high as 98 mph.
“He was certainly a target guy for us because we liked so many of the components,” McLeod said.

Jensen’s Bonus Would Be About $2.5 Million

The Chicago Tribune reported that the Cubs are confident of signing Jensen. His assigned bonus value as the 27th pick is $2.5701 million.
Jensen becomes the sixth first-round selection in the coach Mike Batesole era at Fresno State. He joins Richie Robnett (2004), Matt Garza (2005), Tanner Scheppers (2009), Aaron Judge (2013) and Taylor Ward (2015).

Jensen’s selection was big news in his hometown of Salinas, too. It had been nearly 40 years since a pitcher from Salinas was taken in the first round of the MLB Draft.  In 1980, North Salinas High School graduate Steve Raine went fifth overall to the Kansas City Royals.
Entering this season, Jensen had a 5-6 career record and an earned run average well over five. But he put it all together, striking out 107 batters in 10o innings and posting a 2.88 ERA en route to being named the Mountain West Pitcher of the Year and MW Championship Tournament MVP.