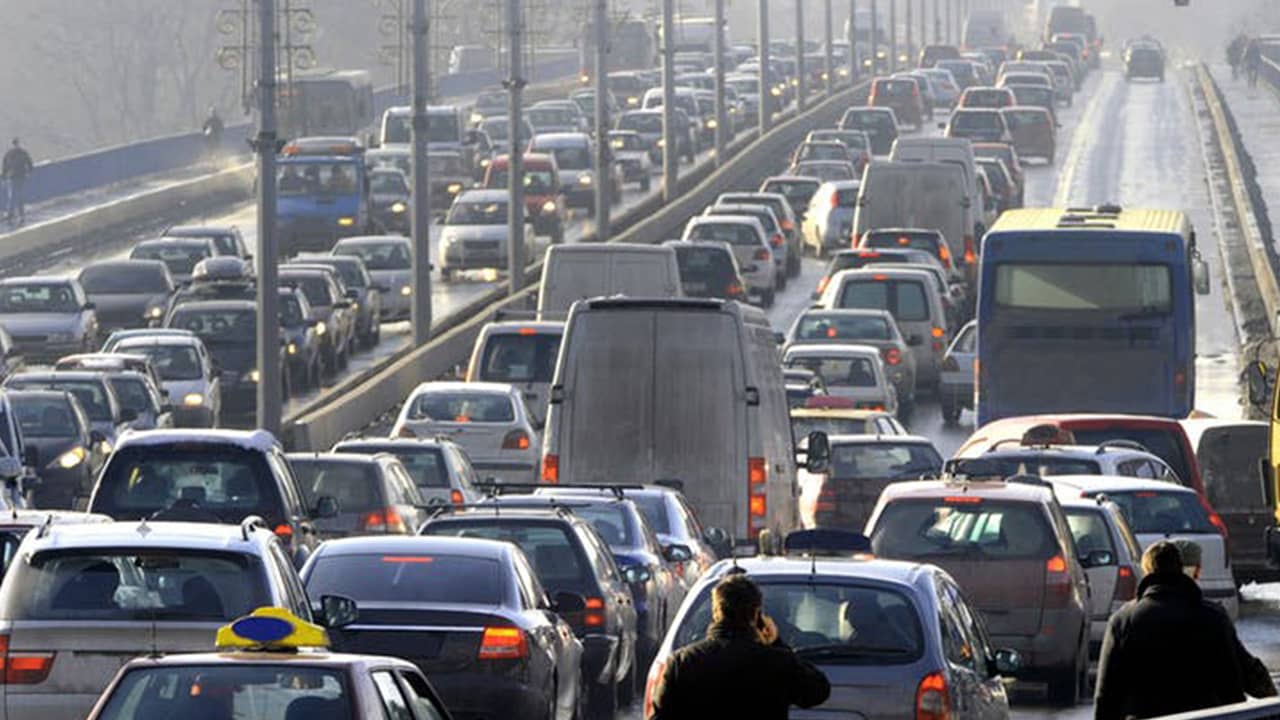 That’s the warning from state transportation planning agency officials, who say the ongoing fight over passenger vehicle standards might cause collateral damage to road and public transit projects. That could affect air quality, construction jobs, the economy and, as projects designed to improve flow are delayed, ensure Californians stay stuck in traffic.
The clash is over proposed federal rollbacks to Obama-era fuel economy and greenhouse gas standards for vehicles. Trump’s Environmental Protection Agency also has proposed revoking a waiver that lets California make its own, stricter tailpipe emissions rules. The final rule hasn’t been released yet — and when it is, California intends to fight it in court.
“Where we’re going to start is litigating,” California Air Resources Board chair Mary Nichols told CALmatters. “And we will not yield on our standards. So we will be enforcing our standards while that goes on.”
Still, she said, there’s no guarantee California will win. In the meantime, the state must conform to air quality goals set by the EPA’s Clean Air Act. Falling short of those goals, Nichols said, could lead to lawsuits from groups that oppose freeway projects.
“Or, the Trump administration, which is showing in many ways these days a desire to hurt California, could decide that they would no longer fund highway programs that have previously been approved,” she said. “And then we would be unable to continue working on a bunch of different projects that are designed to improve traffic flow — because we wouldn’t have the federal funds.”

Major Transportation Projects Could Grind to a Halt

That’s where things get dicey for transportation infrastructure. About 93% of Californians live in parts of the state that aren’t meeting federal standards for pollutants like ozone or tiny airborne particles, according to a recent air board presentation. Transportation planners in these regions must show that road and transit projects won’t make the air worse.
Since California has historically bad air quality and, for now, the EPA’s permission to make its own strict clean car rules, the air board has a custom-built model to estimate emissions. Baked into that model is the assumption that cars are going to get cleaner over time.
If the Trump administration yanks California’s waiver, that assumption breaks down and the model stops working. Instead, major transportation projects could run the risk of grinding to a halt while the state develops a new model for the EPA to approve. “It puts a big monkey wrench into how we deliver transportation projects,” said Chris Schmidt, Southern California planning and modal programs manager with the California Department of Transportation.
If the delays last long enough, federal dollars for some of those projects could disappear altogether thanks to use-it or lose-it provisions in the funding, according to Tanisha Taylor, director of sustainability for the California Association of Councils of Governments, a non-profit representing major transportation planning agencies.

There are a lot of “ifs” here, but in a worst-case scenario, the association calculates that roughly 2,000 projects totalling $130 billion could be affected. “The ramifications are pretty dire,” Schmidt said. “You’re talking about many, many projects, and we’re talking about lots and lots of money.”

For Now, Transportation Planners in Limbo

“Every day of delay costs money,” Chidsey said — citing costs to local residents stuck in congested commutes, to public agencies, and to the local economy.  “Twenty-two billion dollars of projects translates into a lot of jobs, a lot of economic activity — it’s critical.”