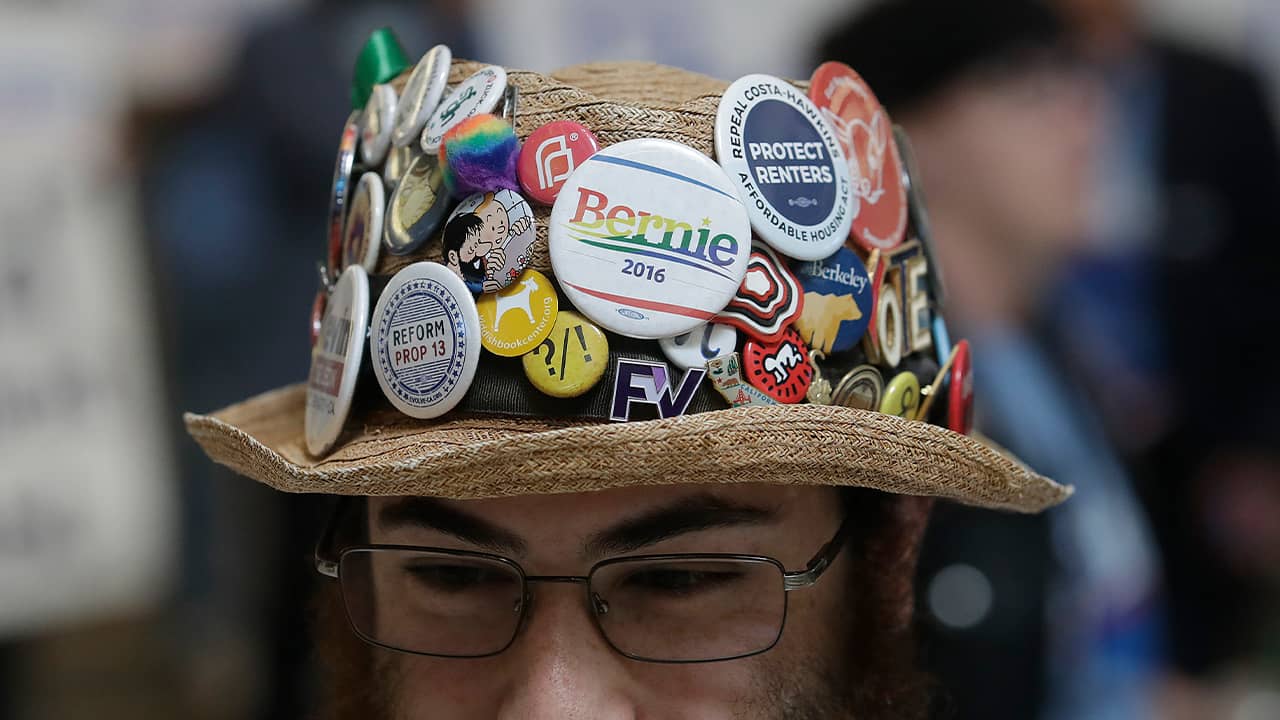 SAN FRANCISCO — Democratic presidential candidates are confronting the Democratic National Committee’s tough standards to get on the debate stage, trying to distinguish themselves from their many rivals and plotting how to win the critical four early voting states. That leaves them barely enough time to think about what comes next: California.

Sanders Hopes to Make California a Centerpiece of Campaign Strategy

Home-state Sen. Kamala Harris may have an edge because she’s been elected three times statewide and is racking up endorsements among state officials, but her advisers based in the state acknowledge there’s no way to lock it up.
“She’s naturally positioned to do really well. She starts with a lot of advantages. She’s got a great base of support. But she’s also running against two people with significantly higher name ID than she has, I would argue, in Bernie (Sanders) and (Joe) Biden,” said Brian Brokaw, a longtime Harris adviser who isn’t working for her presidential campaign.

“They’ve both been at the presidential level. Yes, she’s a U.S. senator who’s run statewide multiple times here, but she’s still unknown to a portion of the electorate that is less focused on day-to-day politics,” Brokaw said.
Sanders’ campaign hopes to make California a centerpiece of its strategy, talking about “the first five” states rather than the traditional early four. The Vermont independent senator also has the only campaign with multiple paid staffers focusing on the state — on Friday it announced a California staff of eight — and it’s been telling local Democrats it will spend $25 million, if not considerably more, in the state alone. That’s not an unusual sum for a California primary but a total that few of the nearly two-dozen presidential campaigns can match.
“Everybody recognizes that California is an incredibly expensive state to compete in,” Sanders’ senior strategist Jeff Weaver said. “We will certainly commit the resources necessary to win.”
Meanwhile, other presidential rivals have made clear they want a piece of the California action.

Former Vice President Joe Biden skipped the weekend’s events to attend an LGBTQ rights dinner in Ohio, but he promised California Democratic officials he’d spend plenty of time in the state. Massachusetts Sen. Elizabeth Warren drew thousands to a Friday night rally in Harris’ hometown of Oakland and received an even more enthusiastic response from the convention crowd Saturday than its native daughter. Former Texas Rep. Beto O’Rourke rolled out his climate change policy in Yosemite National Park and has campaigned in the vast agricultural swath of the state’s Central Valley, where his fluent Spanish and upbringing on the Mexican border may resonate with a heavily Latino population.

And California won’t be voting alone March 3. The day is known as Super Tuesday because voters in at least a dozen other states, including Texas, go to the polls. That presents another massive geographic puzzle and financial sinkhole.
That leaves many California strategists expecting the campaigns to continue to make relatively modest investments in their state.

“I just have a hard time seeing most campaigns investing money in trying to influence those early voters” in California “while you’re trying to win the early states,” said Rose Kapolczinski, a veteran California consultant. “If you’re working to get California delegates and you end up coming in fifth or sixth in Iowa and New Hampshire, are you alive by the time you get to California?”
On Sunday, former Secretary of Housing and Urban Development Julian Castro summed up the sprawling field’s approach to the state as he outlined his California strategy, which seemed to hinge on the early states and hope. “I can do well in Iowa, pick up momentum,” Castro, one of numerous long-shot candidates in the race, told reporters in San Francisco.
Californians, the 44-year-old added, are “particularly looking for bold leadership and a new generation of leadership.”
Related Topics:CaliforniadebateDemocratic National Committeeearly votingelectoral buzz sawPresident Donald Trumppresidential candidates
Up Next