A Madera County woman faces a minimum of 15 years in federal prison after she pleaded guilty Friday to the sexual exploitation of children.

Ashley Maddox, 32, entered a guilty plea to one count of aiding and abetting the production of child pornography before U.S. District Judge Dale A. Drozd in Fresno, according to a Department of Justice news release. 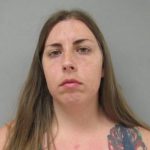 According to court documents, in June 2017, Maddox came to the attention of law enforcement during a child pornography investigation of a man in Florida. An examination of the Florida man’s electronic devices revealed that between November 2015 and April 2016, he and Maddox had communicated, via the internet and on their cellphones, about their mutual sexual interest in minors.

Maddox is scheduled for sentencing Aug. 26. She faces a minimum statutory penalty of 15 years in prison and a maximum of 30 years in prison, a fine of up to $250,000, and up to a lifetime of supervised release.

However, the sentence will be determined at the discretion of the court after consideration of any applicable statutory factors and sentencing guidelines.