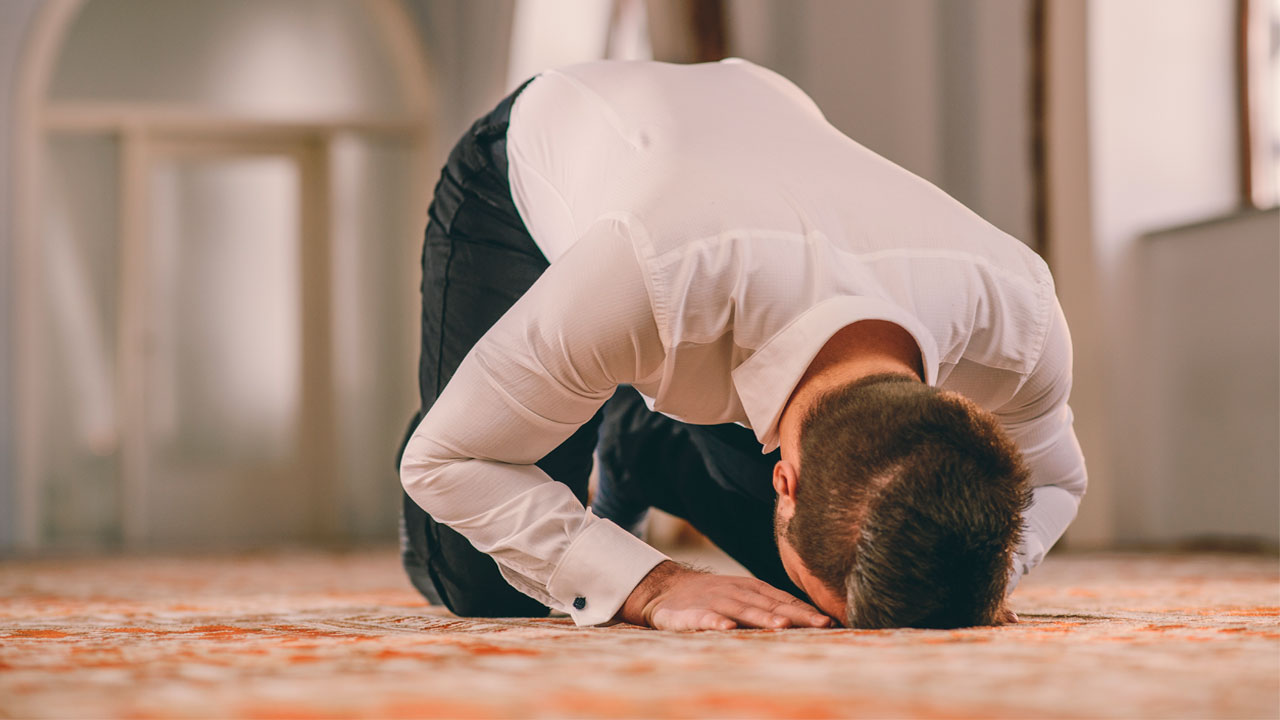 During the month of Ramadan, Muslims around the world will not eat or drink from dawn to sunset.

(GV Wire publisher Darius Assemi offers a personal perspective on the Ramadan tradition of fasting in the video above.)

Muslims believe the sacred text of Quran was first revealed to Prophet Muhammad in the final 10 nights of Ramadan. Here are four ways to understand what Ramadan means for Muslims, and in particular for American Muslims.

For many Muslims, fasting during Ramadan is a spiritual act that allows them to understand the condition of the poor and thus develop more empathy.

Ramadan is one of the five pillars of Islam. Each pillar denotes an obligation of living a good Muslim life. The others include reciting the Muslim profession of faith, daily prayer, giving alms to the poor and making a pilgrimage to Mecca.

Mohammad Hassan Khalil, associate professor of religious studies and director of the Muslim Studies Program at Michigan State University, explains that the Quran states that fasting was prescribed for Muslims so that they could be conscious of God. He writes:

“By abstaining from things that people tend to take for granted (such as water), it is believed, one may be moved to reflect on the purpose of life and grow closer to the creator and sustainer of all existence.”

He also notes that for many Muslims, fasting is a spiritual act that allows them to understand the condition of the poor and thus develop more empathy.

During Ramadan, when breaking fast, Muslims will eat only foods that are permissible under Islamic law. The Arabic word for such foods, writes religion scholar Myriam Renaud, is “halal.”

Renaud explains that Islamic law draws on three religious sources to determine which foods are halal. These include “passages in the Quran, the sayings and customs of the Prophet Muhammad, which were written down by his followers and are called ‘Hadith,’ and rulings by recognized religious scholars.”

In the United States, some states such as California, Illinois, Michigan, Minnesota, New Jersey and Texas restrict the use of the halal label to foods that meet Islamic religious requirements. Various Muslim organizations also oversee the production and certification of halal products. Like any religious community, Muslims in America anchor themselves with tradition. What this means is that beyond the veneer of sectarian affiliation, race, age or even class, Muslims can be found with different theological stripes – sometimes coherently bound by scripture, but more often not – just like their fellow worshipers in churches and synagogues across the country.

Outside of Mecca, there exists no other Muslim population that displays the theological, ideological, class and ethnic diversity as that which resides in the United States.

Abbas Barzegar, assistant professor of religious studies at Georgia State University, has explored the diverse histories of both America’s Muslim children – born, raised and converted here – and those who have arrived in waves over many generations.

Outside of Mecca, Barzegar explains, there exists no other Muslim population that displays the theological, ideological, class and ethnic diversity as that which resides in the United States. He offers insights, based on his research and experience, on how outsiders can better navigate the American Muslim community.

With an estimated 3.3 million American Muslims, Ramadan is celebrated each year at the White House, except for one year in 2017. Scholar Denise A. Spellberg explains that the tradition was started by Hillary Clinton when she was the first lady.

Spellberg writes that “Islam’s presence in North America dates to the founding of the nation, and even earlier.” Among the most notable of the Founding Fathers who demonstrated an interest in the Muslim faith was Thomas Jefferson. Her research shows Jefferson bought a copy of the Quran as a 22-year-old law student in Williamsburg, Virginia, 11 years before drafting the Declaration of Independence. She writes:

“The purchase is symbolic of a longer historical connection between American and Islamic worlds, and a more inclusive view of the nation’s early, robust view of religious pluralism.”

This article is a roundup of stories from The Conversation’s archive.