Fresno has already seen record-setting rain this week. After a brief break, more wetness is on the way, forecasters say.

A powerful storm driven by the Pacific jet stream dropped 0.76 of an inch on Fresno on Thursday. That set a record for the date, though the existing record was an easy mark: 0.13 in 2005, which underscores the unusual nature of this late-spring system — and it’s not done with the Valley yet.

A 80% chance of showers and thunderstorm are forecast for Sunday in the evening, bringing about a quarter-inch of rain. 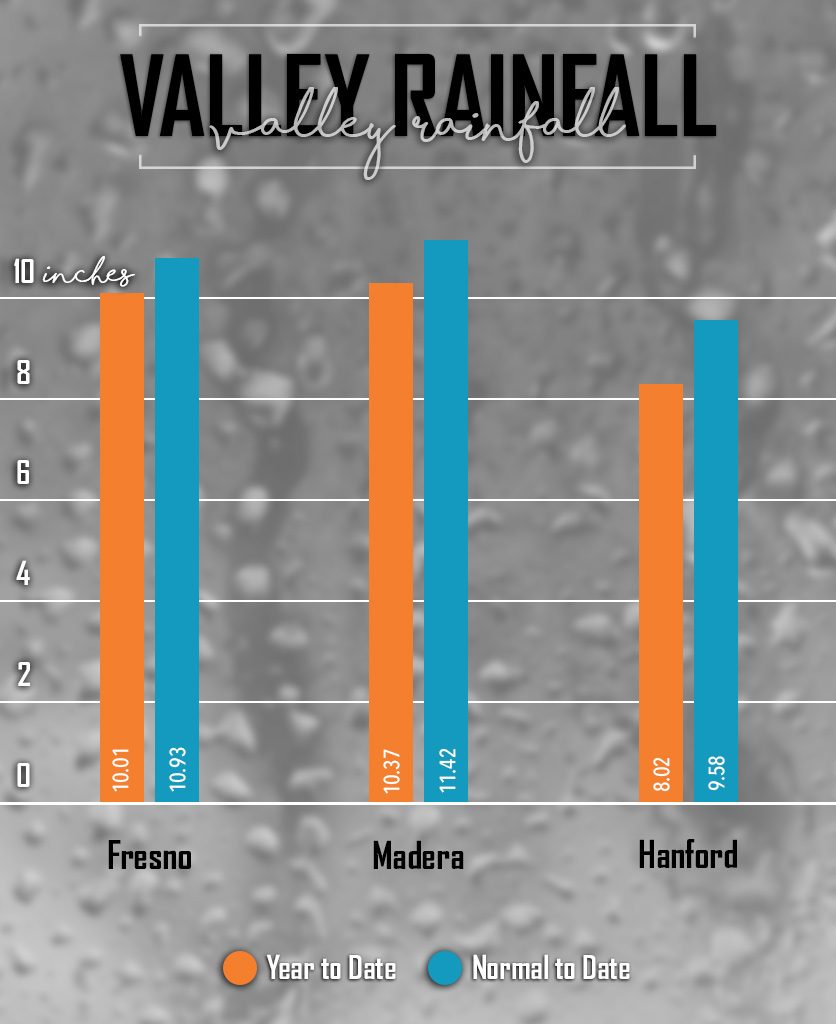 Another wave of storms is expected to arrive in the Fresno area Saturday night, according to the National Weather Service in Hanford. There’s a 90% chance of showers that could bring up to a half-inch of rain.

An 80% chance of showers and thunderstorms are forecast for Sunday in the evening, bringing about a quarter-inch of rain.

More Snow in the Southern Sierra

This week’s rainfall wasn’t enough to pull Fresno alongside the normal total for the rain season, which starts each Oct. 1. The weather service says Fresno has racked up 10.01 inches so far, compared to the normal of 10.93.

The storm also is bringing more snow to the southern Sierra, from Yosemite National Park to Sierra National Forest. The region received anywhere from a few inches in the lower elevations (about 5,000 feet) this week to nearly two feet at the ridgetops.

The weather service has declared a winter storm from Saturday afternoon to Sunday. Travelers need to be wary of low visibility and possible road closures.