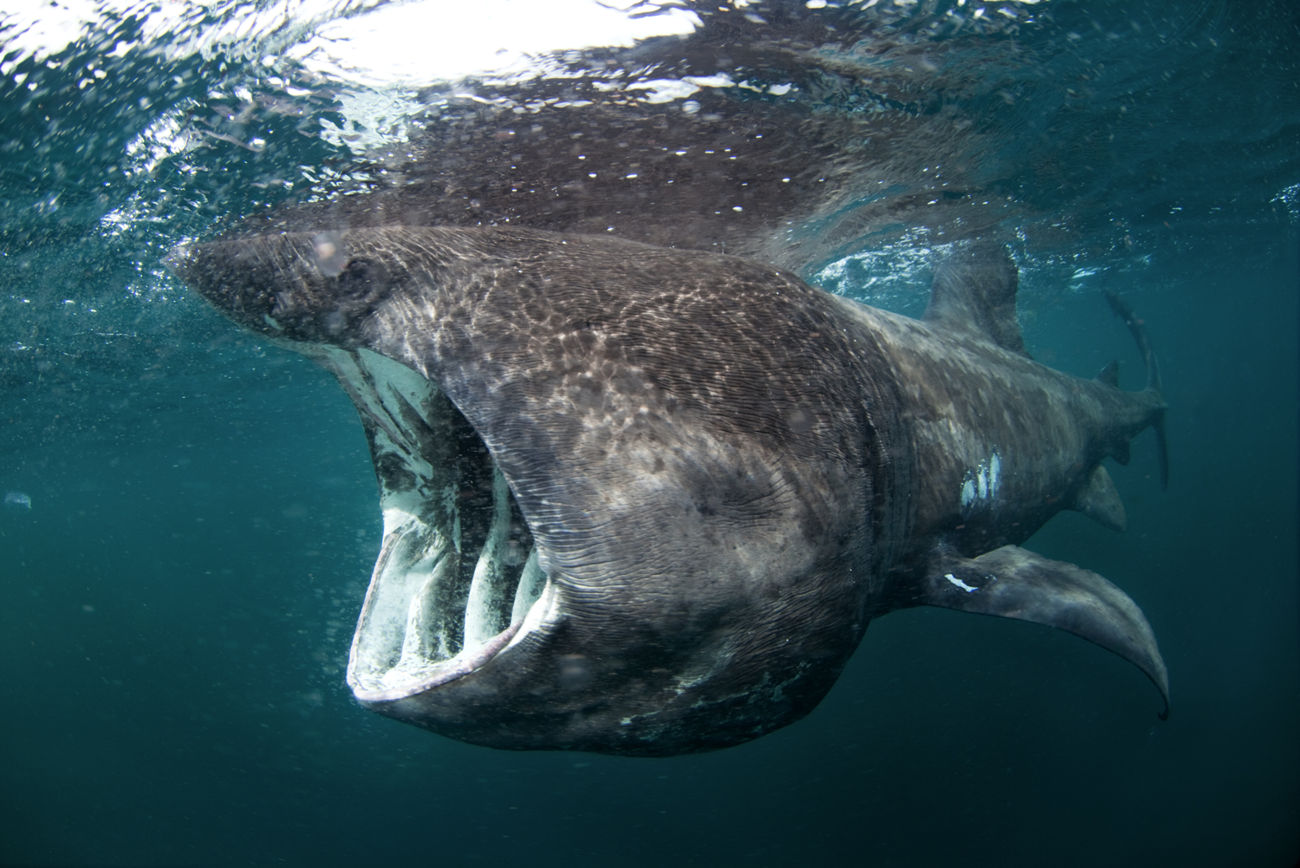 After all but vanishing five decades ago, the humongous basking shark — some measure up to 30 feet long — has been spotted along the Southern California coast. Unlike their fearsome cousins, basking sharks have tiny teeth and sustain themselves on krill and plankton.

That’s not to say these big fish don’t look fearsome. When they loosen up their jaws to scoop up copepods, their basket-like mouths look like a CGI special effect gone horribly wrong.

Basking sharks were commonly seen along the West Coast in the early 1900s, Heidi Dewar, a research biologist with the National Oceanic and Atmospheric Administration, told the Los Angeles Times. Sometime in the 1960s they began to vanish, possibly because their fins and livers were coveted, or because they interfered with Canadian salmon fishermen, Dewar said.

“To have them so prevalent and then disappear — to see them come back is always exciting.” — Shark expert Chris Lowe

But it appears the big beasts are a resilient lot. Groups of up to 20 basking sharks were seen recently off Santa Barbara and Ventura. A whale-watching charter company reported a sighting April 20 near San Pedro.

Basking sharks are second only to whale sharks in size. They are normally grayish brown, with mottled skin. The baskers’ name comes from their tendency to feed at the ocean’s surface, so it looks like they’re basking in the warmer water.

Chris Lowe, director of the Shark Lab at California State University-Long Beach, said the recent basking shark sightings might indicate the species is beginning to recover, or that climate charge is steering them to new waters.

“To have them so prevalent and then disappear — to see them come back is always exciting,” Lowe told the Monterey Herald. “For me, we hear bad news about the environment all the time — the fact that we’re seeing them is exciting.”

Hot Off the Grille: Is California Ready to Legalize Roadkill Cuisine?