Larry Patten: Hospice Won't Kill You and It's Not Giving Up 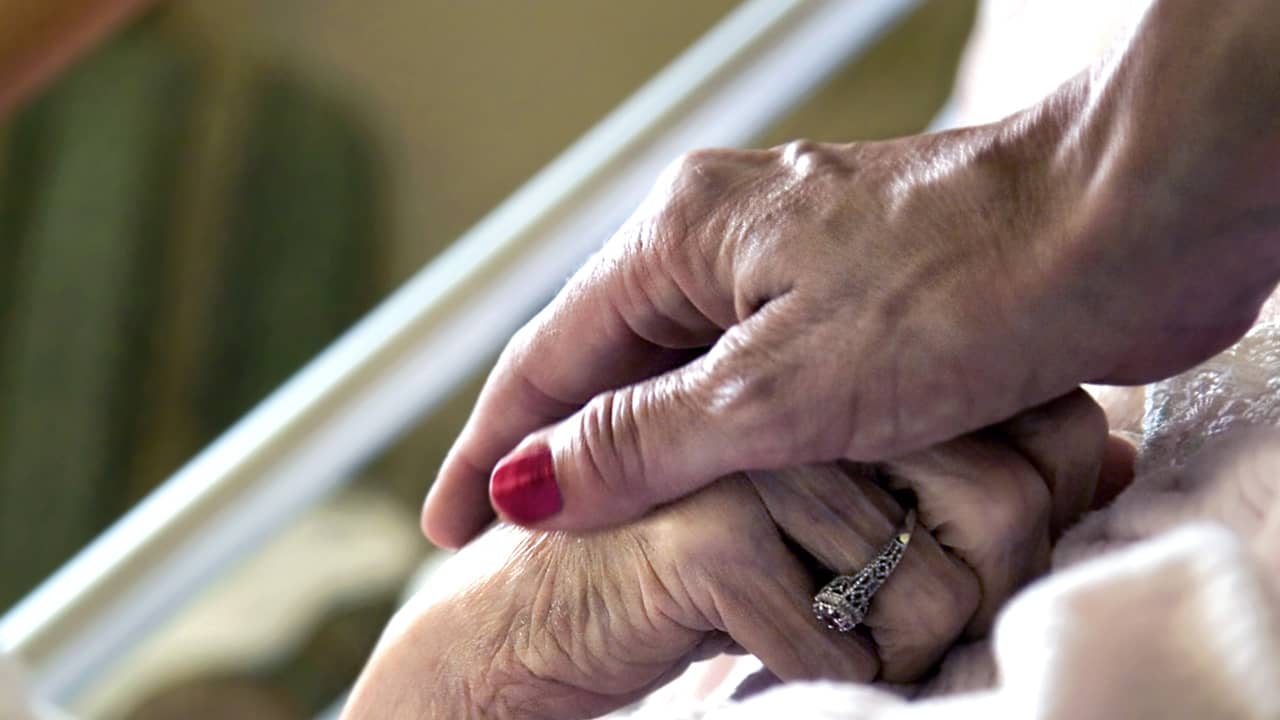 Are you thinking about hospice care? Better be careful!

Hearing false and misleading statements like those three prompted me to write “A Companion for the Hospice Journey.” 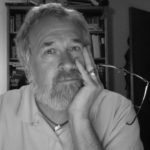 Any discussion about hospice includes words most prefer to avoid or ignore: dying, death, and grief. With “Companion,” readers are invited into those uncomfortable subjects.

Nearly half of the deaths in the United States (in 2017, over 2.7 million died) will occur with the support of a hospice. Which means, right now, there are a lot of people facing choices related to the end of their lives. Those choices also include the family and friends providing care during an overwhelming time. And, with every next death, many grievers are missing and mourning a loved one.

Too many don’t know what their choices are, and too many tough decisions are made with little or no knowledge about hospice care.

Three goals influenced the writing of my book.

Make It Easy to Read

The font size is large and friendly. In the paperback version (there is also an ebook), the pages are not jam-packed with words. This was not a trivial decision. I figured potential book buyers would be using “Companion” during the worst times of their lives. Reading while you are crying, exhausted, or fearful makes even a simple sentence difficult to get through.

Someone told they have “six months or less to live” by two different physicians is not looking for lengthy descriptions about end-of-life issues. Caregivers don’t have the patience for any small print. Grievers, wondering why they can’t sleep or eat and who think they may be going crazy, rarely have the concentration to glance at more than a few pages.

In spite of the friendly size of “Companion’s” fonts, reading will be a struggle. Each page includes information on subjects that are, pardon the expression, conversation killers. Nonetheless, it also a book with something for everyone. Liberal or conservative, religious or non-religious, young or old, rich or poor, whatever your skin color, gay or straight, introverted or extroverted, you will experience dying, death, and grief.

Nearly half of the deaths in the United States (in 2017, over 2.7 million died) will occur with the support of a hospice. Which means, right now, there are a lot of people facing choices related to the end of their lives. Those choices also include the family and friends providing care during an overwhelming time.

I did consider trying to have “Companion” traditionally published. Don’t writers hope a New York literary agent will be wowed by their writing? And who wouldn’t want that agent to “pitch” it to a prestigious publisher that would then print and market their brilliant book?

Especially after I had positive feedback from several nationally-known medical experts, I debated about self-publishing. Hospice nurse Barbara Karnes said my book was “like having a heart to heart conversation about one of the scariest topics I know — dying,” I was grateful and humbled by Karnes’ praise. She wrote one of the essential resources for hospice care. Her “Gone From My Sight,” which explains the dying process, is used by hospices all over the world. One of Fresno’s favorite authors, the inspiring, insightful Armen Bacon, encouraged me by saying that my book “reads like a fireside chat with a best friend and trusted confidante.”

But I wanted it cheap. I wanted every reader seeking information about hospice to not hesitate when they saw the price. 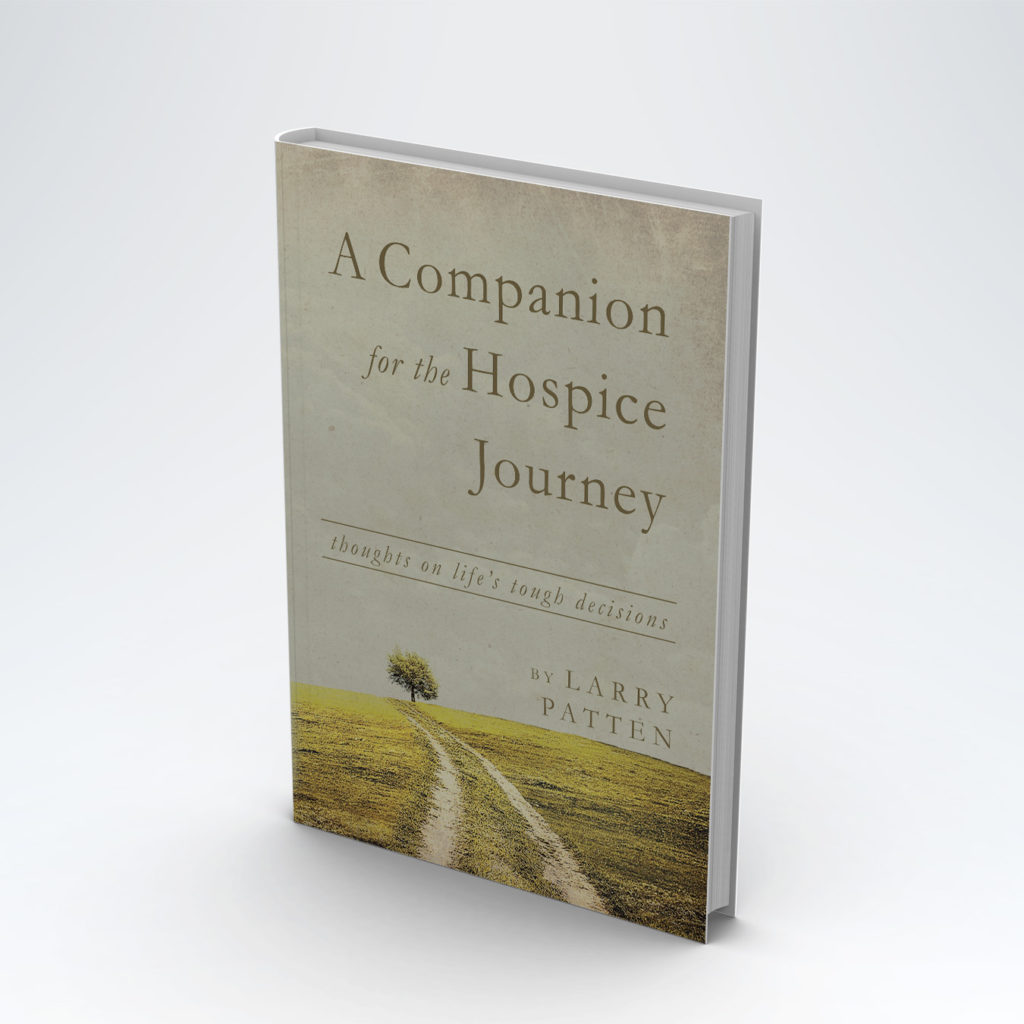 One of my favorite quotes comes from President Franklin Roosevelt. He once advised his son about public speaking with: “Be sincere, be brief, be seated.”

I wanted “Companion” to be sincere, for it to feel like the reader and I were having an honest conversation about scary subjects. Some refuse to talk about dying, death, and grief. After all, we kid ourselves, none of those will ever happen to me! None of those will happen to the people I love.

Easier to Talk About Sex Than Death

And so, with Roosevelt’s quote in mind, I sought to provide a resource for all kinds of readers — the reluctant ones, the fearful ones, the uncertain ones —that provided them honest, simple, accessible information.

By background, I’m a Christian pastor. In a long-ago Sunday School class on dying and death, I asked the group — who were mostly parents of teens and young adults — if they had ever talked with their children about sex. Heads nodded. Hands were raised. You betcha!

“Have you talked about your dying and death with them?” I asked.

Do they know your wishes? Your fears?

Maybe a hand or two was raised. They were remarkably …  quiet.

Death? Are you kidding!?

Liberal or conservative, religious or non-religious, young or old, rich or poor, whatever your skin color, gay or straight, introverted or extroverted, you will experience dying, death, and grief.

The Importance of Saying Goodbye

Hospice doesn’t kill you. Anyone entering into hospice care has a fatal illness. The illness is killing you.

Hospice is all about giving up. We are vulnerable and helpless at birth when we take our first breaths. We need tender support and care. We also die. How important it can be to have others around us, supporting us, in our final breaths. That’s not giving up. It is being honest about the beginning and end of our mortal lives.

Hospice care is not perfect. Loved ones will linger longer than anyone expected. A beloved given “months to live” might die a day later. Families may argue. The medical staff could disappoint you. There will be frustrations, exhaustion, and unanswered questions.

My goal for “Companion” was to provide information and support. The book’s subtitle is: “thoughts on life’s tough decisions.” True! But early in the writing, I was using, “the book nobody wants to read.” Several trusted test readers told me that subtitle might be a turn-off. I suspect they were correct. But my original subtitle is also true. You may not want to read my book, but there will be times when you need to. I hope it helps.

Larry Patten is a retired pastor working in Fresno-area hospice. More information about “A Companion for the Hospice Journey” can be found at www.hospice-matters.com. The author can be reached at larry@larrypatten.com. The book is available on Amazon.