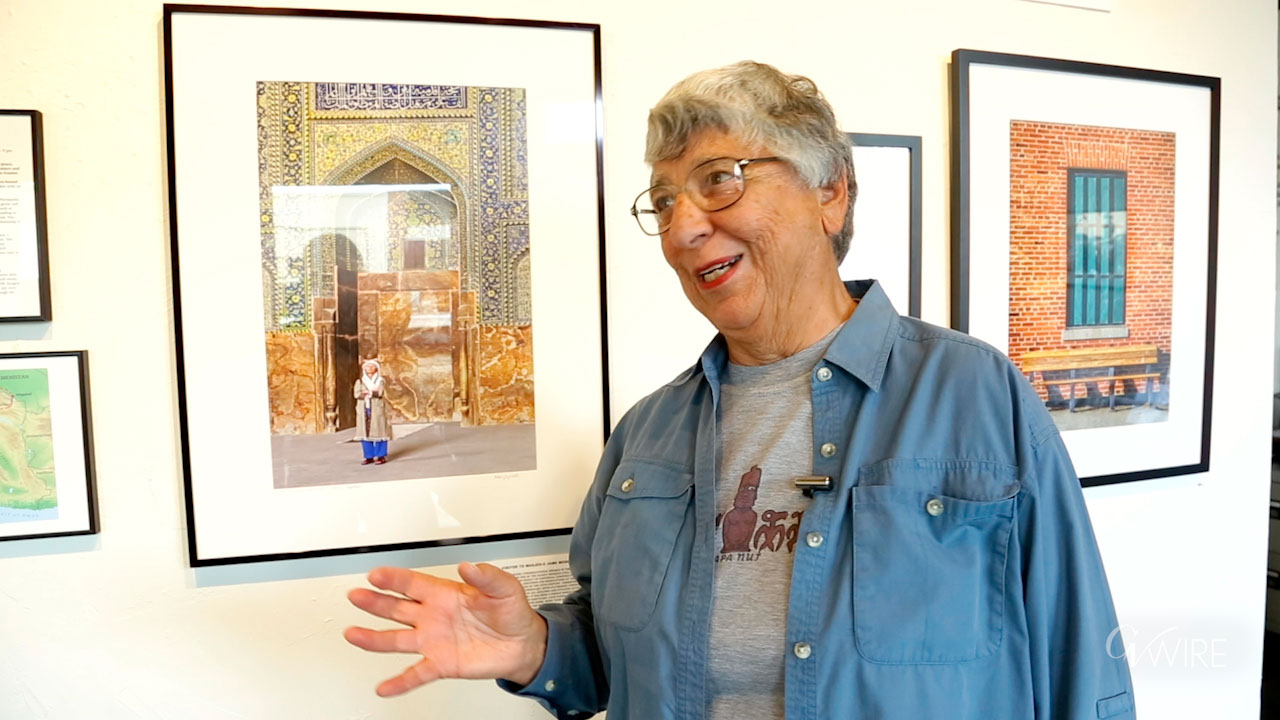 A Fresno photographer says she was welcomed on a recent visit to Iran, despite the Trump administration’s campaign of economic sanctions against the country.


“What I hope people will gain from seeing my photos is essentially recognize that these are people just like people anywhere in the world. They’re no different.” — Helen Gigliotti
Helen Gigliotti, a retired Fresno State biochemistry professor and administrator, spent two weeks in Iran last year.
“We found a window in which things had settled down a bit in terms of the relationship between our countries,” she said. “The people were very genuine and friendly and welcoming. And they were particularly pleased when we declared that we were Americans.”
Gigliotti is a frequent international traveler. Her online portfolio includes images from dozens of trips to out-of-the-way places, including Sudan, Myanmar, Sri Lanka, and Central Asia.

“I particularly enjoy photographing the people, culture, wildlife, unique architecture, and the landscape of these distant lands,” her website biography says.
Gigliotti’s photos are being showcased in an exhibition titled, “Iran: As I Saw It” at Fresno’s Spectrum Art Gallery. The show continues through April 28.
Through her photos, Gigliotti wants people to look beyond the news headlines that often dominate public perceptions.
“What I hope people will gain from seeing my photos is essentially recognize that these are people just like people anywhere in the world,” she said. “They’re no different.”

Arambula in Court on Day One of Child Cruelty Case